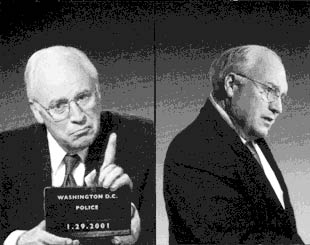 Operation Rescue founder Randall Terry, having already passed himself off as an expert on women’s reproductive health, is now a self-proclaimed scholar of Islam, having studied the subject at Hebrew University of Jersulem.

In a February 6 article distributed by the Christian Newswire, Terry lambasts the media for not re-running the cartoons about Mohammed that “show the true nature of Islam.” “The New York Times, the Washington Post, CNN and other media outlets bow in subservience to Islamic fear mongers, warmongers and terrorists,” he writes.

Such “appeasement,” according to Terry, replicates the situation in the mid-’30s when the British press refused to tell the truth about Hitler and Nazism. “Millions needlessly died–including tens of thousands of American soldiers–because the guardians of justice and liberty were afraid to declare the truth and exert their moral authority when it was their duty to do so,” he writes. “A serious study of the life of Mohammed and his successors shows that intimidation, terror, brutal punishment and even death awaited those who fell under Islamic rule.”

Randall’s “serious study” of Islam can be found on www.randallterry.com. In “Is Islam a Threat to Freedom?” he writes, “I am convinced that Islam, the theological/cultural/political construct that seeks to rule the minds, bodies, and souls of all mankind is an inherent threat to liberty.”

A selective reading of Christian scripture could of course lead one to a similar conclusion. As Leviticus 20:13 instructs, “If a man lies with a man as one lies with a woman, both of them have done what is detestable. They must be put to death.” Not to say that Terry takes the Bible literally, otherwise he would have slain his son Jamiel, who came out publicly two years ago. Instead he banished him from the home. As for his Muslim daughter, Ebony, they remain close.

Of course, Terry is not opposed to theocracy per se. He has made no bones about his desire to turn America into a Christian nation. He told an anti-abortion rally in Fort Wayne, Ind., “Our goal is a Christian nation. … We have a biblical duty, we are called by God to conquer this country. We don’t want equal time. We don’t want pluralism. … Theocracy means God rules.”

Just not the god of Mohammed. Terry concludes his study of Islam by noting that should it come to America, it “would destroy the U.S. Constitution, and the experiment in self government that we have enjoyed for nearly 250 years.” In short, Islam, he writes, is “as dangerous as the philosophy and goals of communism ever were.”

Writing in the Weekly Standard, Editor William Kristol, apparently agrees. “This is a moment of truth in the global struggle against Islamic extremism. Will Hamas succeed in creating a terror state on the West Bank? Will a terror-sponsoring Iranian regime succeed in its quest for nuclear weapons? Will Danish imams succeed in intimidating Europe–or the free world as a whole?” he asks, “Robert Frost said of liberals that they’re incapable of taking their own side in a fight. We will see how deeply a degenerate form of liberalism has penetrated our souls. Will we anguish? Or will we fight?”

There is little doubt what Kristol, along with his neocon brothers, would do–and want to do. As Ivan Eland, formerly of the Cato Institute, notes on page 14, “Anti-Iranian hawks are already introducing bills to build the case for a military attack.”

Similarly, in an online essay, Ohio State religion professor Hugh Urban noted some “weirdly similar and disturbing parallels” between the neocons and Christian evangelicals. He writes, “The former openly advocates a ‘new American Century’ and a ‘benevolent hegemony’ of the globe by U.S. power, inaugurated by the invasion of Iraq, while the latter predicts a new Millennium of divine rule ushered in by apocalyptic war, first in Babylon and then in Jerusalem.”

In the interview on page 36, Gen. William Odom, a former director of the National Security Agency, notes the role the American Israeli Public Affairs Committee (AIPAC) played in fanning the flames of war in Iraq.

“It seems to me that it’s pretty hard to imagine us going into Iraq without the strong lobbying efforts from AIPAC and the neocons,” he observes. “The invisible elephant in the room on this issue is the Israeli factor.”

That factor is coming into play again as the world grapples with how best to deal with Iran’s nuclear ambitions.

According to the Washington Post’s Dafna Linzer, AIPAC serves a mouthpiece for Israel, “speaking out when Israeli government officials express private frustration with U.S. policies.” Late last year, AIPAC, which normally operates behind the scenes, went public with a criticism of the Bush administration. In an advisory to members of Congress, it said that the November decision not to bring Iran before the U.N. Security Council “indicates a disturbing shift in the administration’s policy on Iran and poses a danger to the U.S. and our allies.”

This was the sentiment apparently long held by former Defense Department analyst Lawrence A. Franklin, who in 2003 gave “highly classified” government secrets to two AIPAC lobbyists and Naor Gilon, the political officer at the Israeli Embassy.

Franklin, an Iranian expert, did not think the Bush administration was taking a hard enough line with Iran. So, to remedy the situation, he passed classified information about Iran via AIPAC to “back channels”–i.e., Israel and the media. His goal was to get that information before the National Security Council. (Defense Department officials tried a similar sleight-of-hand prior to the war in Iraq, using such tools as the New York Times’ Judith Miller and Ahmed Chalabi to launder defense “intelligence.”)

On January 20, Franklin, in a plea agreement, was sentenced to more than 12 years in prison. In April, the two AIPAC operatives will go on trial for passing the classified information Franklin gave them to journalists and Israel. One of the lobbyists, Steven J. Rosen, was AIPAC’s director of foreign policy issues. Franklin, as part of his plea agreement, will testify against them.

Speaking of the upcoming trial, Malcolm Hoenlein, the executive vice chairman of the Conference of Presidents of Major American Jewish Organizations, played the anti-Semitism card. Saying that it was unacceptable that “this kind of climate can exist in the capital of the United States,” he told a conference at the Interdisciplinary Center Herzliya in Israel, “The very fact that two patriotic American citizens who are working for a Jewish organization who did nothing to violate American security should have to stand trial and be subject to the public scrutiny and public humiliation frankly I find very disturbing and a matter that we all have to look at in a much more serious way.”

MoveOn has been canvassing its members, asking: “Should we take on right-wing Democrats?”

“Yes, I think we should support challengers to right-wing Democrats,” answered 84 percent of those who responded to the survey.

“MoveOn members have certainly told us that they were disappointed in some Democrats, not the party overall,” says Tom Matzzie, MoveOn’s Washington director. “And that they want to build a progressive majority at the same time we try to end the Republican stranglehold on Congress. Democrats need to stand up and fight. Some right-wing Democrats are making it more difficult for the party to communicate its message, which is an important part of how Democrats will be able to win.”

MoveOn has already decided to endorse Ciro Rodriguez against incumbent Rep. Henry Cuellar (D-Texas). Cuellar, who campaigned with George W. Bush, is one of the “CAFTA 15”–the 15 House Democrats who voted in support of the Central American Free Trade Agreement.

The AFL-CIO and Change to Win are both working for Rodriguez. “This Texas race is where the entire progressive movement has united against a right-wing Democrat,” says Matzzie.

“That is the low-hanging fruit,” he says. Somewhat less accessible is Sen. Joseph Lieberman (D-Conn.). “Certainly we are hearing a lot from our members who are angry at Lieberman for cheerleading the war in Iraq,” he says. MoveOn is considering whether to throw its organization behind Ned Lamont, who is still getting a primary challenge to Lieberman off the ground. “We have set a standard with our members that we are not going to play games,” says Matzzie. “We will only offer the support of our members to candidates who are serious.”

For too long, says Matzzie, “progressives have tiptoed around the betrayals of some Demcorats. We don’t want to be tearing down the Democratic Party when they are playing hard on some key issues. But we think there are Democratic defectors who are undermining the party–the DINOs [Democrats in Name Only.]”

So far Matzzie has not received much negative reaction. “There have been a few operatives who have nervously called me,” he said, “but I think the Democratic leaders are just as frustrated with right-wing Democrats as people at the grassroots.”