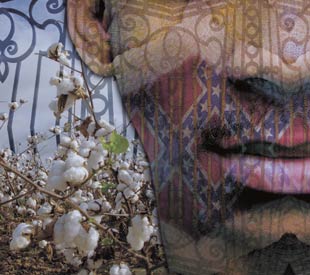 Racism erodes our very humanity. No one can be truly liberated while living under the weight of oppression, argues Dr. Joy DeGruy Leary in her new book, Post Traumatic Slave Syndrome: America’s Legacy of Enduring Injury and Healing.

Leary, who teaches social work at Portland State University, traces the way that both overt and subtle forms of racism have damaged the collective African-American psyche–harm manifested through poor mental and physical health, family and relationship dysfunction, and self-destructive impulses.

The systematic dehumanization of African slaves was the initial trauma, explains Leary, and generations of their descendents have borne the scars. Since that time, Americans of all ethnic backgrounds have been inculcated and immersed in a fabricated (but effective) system of race “hierarchy,” where light-skin privilege still dramatically affects the likelihood of succeeding in American society.

Leary suggests that African Americans (and other people of color) can ill afford to wait for the dominant culture to realize the qualitative benefits of undoing racism. The real recovery from the ongoing trauma of slavery and racism has to start from within, she says, beginning with a true acknowledgment of the resilience of African-American culture.

“The nature of this work,” Leary writes in her prologue, “is such that each group first must see to their own healing, because no group can do another’s work.”

What kind of reaction have you received to your book? And has that reaction differed based on who is in the audience?

Of course, I’m not the first person to initiate this kind of work into the intergenerational nature of trauma in the African-American community … What I did differently is that I pulled from many different historical sources and scholarly disciplines. In essence, I created a “map” of knowledge so that people could see how African-American self-perception has been shaped.

Throughout your book, you emphasize that an acute, social denial of both historical and present-day racism has taken on pathological dimensions. You write that this country is “sick with the issue of race.”

The root of this denial for the dominant culture is fear, and fear mutates into all kinds of things: psychological projection, distorted and sensationalized representations in the media, and the manipulation of science to justify the legal rights and treatment of people. That’s why it’s become so hard to unravel.

Unfortunately, many European Americans have a very hard time even hearing a person of color express their experiences. The prevailing psychological mechanism is the idea, “I’ve not experienced it, so it cannot be happening for you.”

Truly, how can anyone tell me what I have and have not experienced? This is a very paternalistic manifestation of white supremacy, the idea that African Americans and other people of color can be told, with great authority, what their ancestor’s lives were like and even what their own, present-day lives are like. The result for those on the receiving end of this kind of distortion is an aspect of PTSS. People begin to doubt themselves, their experiences, and their worth in society because they have been so invalidated their whole lives, in so many ways.

Attempts to encourage European Americans to join in on a more honest, national dialogue about “race” and racism often results in defensive posturing and positioning. Common responses include “slavery happened a long time ago,” or people saying that they’re tired of being made to feel guilty about something they didn’t do. How do we respond to this detachment from the crucial issues of the legacy of slavery?

It’s irrelevant that you weren’t alive during slavery days. I wasn’t there either! But what we as a nation face today has been heavily impacted by our history, whether we’re talking in the gulf between the haves and have-nots; education gaps between white and black children; or the racial disparities in our prisons.

I don’t believe in making people feel “guilty.” We have to recognize that remnants of racist oppression continue to impact people in this country.

Much of my work really is about black people looking at ourselves and understanding how our lives have been shaped by what we’ve been dealt. I don’t want to wait for permission to examine this or to hear that looking back into our histories is somehow counterproductive.

An eye-opening experience for you was your first visit to New York’s largest and most overpopulated jail facility, Rikers Island. What kinds of insights did you gain about PTSS from talking to imprisoned African-American young men about their lives?

It was remarkable to see their physical disposition. They walked into the room with their heads held low, shuffled in … for lack of a better word, [they looked like] slaves. They had lost their way, and there was no light in their eyes whatsoever. Young people typically have a high level of energy. While there was a feeling of angry rebelliousness, the prevailing feeling of hopelessness was staggering.

It’s also significant that it took about a half-hour for them to realize that I was talking to them, not at them. In that brief moment, I felt as though I gave them hope. Their body language had already changed by the time they were getting ready to leave. They had become students by the end of our time together.

These young people are being raised by these institutions, and then unleashed back into their communities to wreak havoc. Most of these young men grew up in poverty, and they have the experience of being black and poor in a materialistic society that says if you have nothing, you are nothing. In comparison, when I was in Africa I witnessed incredible poverty unlike anything I had ever seen before. I always talk about how tall and proud the people walked. Their greatest shame was their lack of education, not their lack of wealth. But in America, you are what you have, what you wear.

You write about the fear that many African Americans have of being “exposed” or having family or community “dirty laundry” aired. “Never let them see you sweat,” as the expression goes.

Shame is such a big issue in our society in general. What many African Americans have internalized is a sense of shame about just not being “good enough.” That’s a horrible thing to be sentenced to for your life.

When a person walks around with that sense of shame and self-hatred, they are likely to function poorly in society, no matter who they are. Add the extra layer of racist socialization, of being devalued, and what it means to be just human in America, and all those things just makes the shame worse. We as African Americans don’t get a pass on all the problems that humans have to deal with in life: finances, career choices, personal crises, relationships, and so forth. But when we add that to this intergenerational trauma in the context of a society that is in denial about its racism, people’s lives can become overwhelmed, even frozen in place.