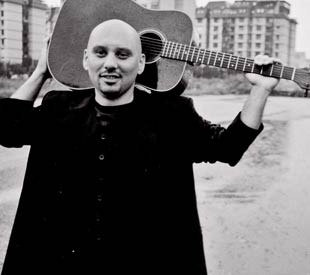 A new generation of Roma are insisting on rights and dignity, and an innovative Belgrade-based musical group is more than willing to be a voice of liberation for the lengo drom ahead.

In the Romani language, lengo drom refers to the “long road.” In the thousand years since the ancestors of today’s Roma people left India, it has been a long road–as daring and far-flung an exodus as any people have managed to achieve.

Today, with their nomadic lifestyle fading, Roma live in Israel, Brazil, Finland, the United States and the Roma “motherland,” India. (In India and the Middle East, they are known as the Doma.) The greatest concentration of Romani families are in Serbia, Hungary, France, Macedonia, the Czech Republic and Albania, and the majority of Eastern and Central European Roma live in segregated neighborhoods and ghettoes. They are Europe’s fastest growing ethnic group.

Anti-Roma sentiment runs high in Europe, where Roma people suffer hate crimes, high incarceration rates, and lack of educational and housing opportunities so often as to barely warrant mention in local or international news. In Europe, Roma people have long since been thought of, or addressed as, “Black,” which translates to “Kal” in Romani.

Being “Kal,” often means that they cannot secure anything but the most low-paying or backbreaking of jobs. Still, many Roma have not wanted to assimilate to European culture. In addition to wanting to speak their own language–something almost never encouraged in European public schooling–they have also insisted on living life on their own terms, and at their own pace. Some Roma customs–including early marriage for 12- or 13-year-old girls to men several decades older and strict gender roles between adults–rub many egalitarian-minded Europeans the wrong way.

A Serbian-based Roma music group, Kal, has become an important new voice in the fight for Roma rights, with their eponymous debut album (Tango Records, 2006). It is a reclaiming, of sorts, and a way of diffusing the negative connotation affiliated with being called “Black”–and all of what is supposed to be associated with that word: dirty, ugly, impure and undesirable.

Kal is a brave, engrossing album deeply rooted in Balkan Romani music; the musicians’ training forms the solid backbone to this album. But Kal also blends an unlikely combination of Middle Eastern, Argentinian, Turkish, Indian, and even Jamaican influences, musical genres that the band has absorbed into its repertoire.

Dragan Ristic is the frontman for Kal, which he founded with his brother, Dushan Ristic. When they’re not making music, the Ristic brothers host the Amala Summer School in Serbia, an annual retreat to which all Roma people are invited to come learn more about their language, history, cultural heritage, and political power.

In These Times spoke with Dragan Ristic by phone, from Serbia:

How do you identify yourself to outsiders: Roma or Gypsy?

Yes. The “whites,” or any non-Roma person.

Etymologically, “gypsy” is a version of the word, Egyptian, [where people used to think the Roma came from]. Here in Serbia and throughout Europe, the word has come to mean the same thing as “dirty,” “untouchable,” and so on. It is an insult. It would be the same as Americans using a bad, offensive word about your Blacks.

Yes, exactly. You know, we see their story as being like our story. We know about Martin Luther King, and about Malcolm X. We feel that the things that have happened in the Black movement are happening in the Roma movement, with our histories of oppression and slavery, with the discrimination we still face today trying to get jobs and be recognized as human beings. There are differences, of course, but I see them as small.

Tell me about your childhood, growing up as a Roma child during the time of President Tito, in the greater Yugoslavia. How does that life compare to that of modern-day Serbia?

I grew up in a Romani family, in a small town southwest of Belgrade, named Valjevo. I was not born in the Romani ghetto. I was born in the good part of the town.

Until 1990, there was this utopian image about the equality of all citizens and people in one country. It was the “official opinion” that all people are actually equal. But, really, Roma people were always being discriminated against.

Then, in the beginning of the ’90s, communist regimes fell down, and all kinds of hate just rose up. Serbians felt Serbian, Croatians were Croatians, but Roma people didn’t have a choice. The ones that could, because of the lighter color of their skin, decided to be affiliated with one or the other. And some of them, because of darker skin, didn’t have a choice to say anything but what they are: Roma.

I went through many levels of education and university training, and I still decided to be a part of the Romani movement. I am not just a musician, more like a conceptual artist, and I am very politically engaged. Having a chance to spread political messages through my music is essential. For me to have the opportunity and then not to do this would be an insult. It is an obligation.

Our approach to the majority population is to play to the image of Gypsy as musicians and singers. They like it because they really react to the Roma just like entertaining minstrels.

We can make a living, and we can reach people with music. But don’t expect me to be a simple Roma musician who will simply make beautiful music for you to listen to. I’m going to sing a lot of truth about what is happening in society to the Roma. I am going to sing about discrimination and walls being built to separate Roma from gadje, and houses being burned down with Romani people inside. That’s my obligation .

We show that Roma music is not all traditional music. Roma music is also new music and, in this way, we proudly have a way to involve our culture in European and world culture.

You have enjoyed professional successes in both music and the dramatic arts. You have traveled to many countries, and speak several languages. Do you still feel as though you fit into Roma culture and society?

For a long time, I saw it as a problem and weakness and then started to use it as a weapon to give me power. Today, I know I am somewhere [between those two worlds] and belong to the intellectual part of Romani society, which is rare in our society. It is something that just started to build up. Unfortunately, I am still in the minority class of Roma intellectuals, but that will change, as our movement grows stronger.

Kal’s first U.S. Tour will take place in September 2006, with another tour planned for 2008. Find out more at www.rockpaperscissors.biz/go/kal. For more information on current legal and political developments affecting Roma in Europe, visit the European Roma Rights Center.