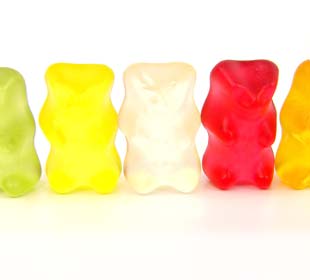 The University of Illinois at Chicago, a struggling but ambitious public university in the heart of the city, celebrates its ethnically diverse student body as a great achievement. But Walter Benn Michaels, chairman of the university’s English department, is unimpressed. The commitment of universities, corporations and other institutions to such diversity is “at best a distraction and at worst an essentially reactionary position,” he argues in his new book, The Trouble With Diversity: How We Learned to Love Identity and Ignore Inequality.

Right-wing academics and pundits have built careers taking potshots at affirmative action, multiculturalism and identity politics–pursuits that some postmodern leftists see as the heart of radical politics. Michaels criticizes diversity politics from the left. His argument represents a fundamental and constructive challenge to conventional thinking about the most important issues facing our society. But it is also easily misunderstood.

“I’ve been called a liberal racist more often than anything else in my life,” he says, sitting in his office at the university’s one towering office building, stylishly dressed in black jeans and t-shirt under a black window-pane jacket.

He argues that the pursuit of diversity is based on a flawed understanding of humanity and stands as a roadblock to confrontation with the most basic injustices in society: “The trouble with diversity … is not just that it won’t solve the problem of economic inequality; it’s that it makes it hard for us to even see the problem.”

Race, as virtually all modern anthropologists and geneticists agree, is not a scientifically valid concept. Obvious physical differences exist among humans, but the genetic variation within conventionally defined races is often greater than the variation among those races. Still, “race” is a concept that people use all the time with profound consequences, even if they can’t define it.

Race gets defined in ways that vary by time, geography and situation. Why, except for the peculiar American notion of blackness as being determined by one drop of “blood” of African ancestry, would a person of half African and half European genetic heritage, like Sen. Barack Obama, be called “black” rather than “white”–the latter a supposedly racial category that has grown more inclusive over many years?

People may talk instead about belonging to different ethnic cultures, borrowing the notion that anthropologists developed to describe the shared symbols and understanding of a distinct group of people, like the Navajo or Mbuti. But as valuable, if elusive, as this idea may be in studying tribal societies, Michaels contends that in our society it is another way to create biological categories that don’t exist and thereby perpetuate an inaccurate and racist view of the world. In his zeal, however, Michaels unnecessarily jettisons entirely, rather than reformulates, the notion of culture.

As Michaels sees it, the social focus on achieving diversity diverts attention from the most fundamental injustice in our society–economic inequality. Moreover, the pursuit of diversity, especially in universities, gives legitimacy to the growing economic inequality of American society, because it protects the inheritance of economic privilege and does little to create opportunity for the poor, whether black or white.

Michaels, author of Our America and a writer about both literary theory and American literature, became interested in contemporary ideas of race and identity when studying American novels of the ’20s. During that era, many public figures argued for the supremacy of what was seen as America’s Anglo-Saxon or Nordic character. But by the ’80s, Michaels notes, it was no longer publicly acceptable to advocate racial supremacy.

Today, at a time when liberals and conservatives alike profess to abhor racism and prejudice, a new free-market fundamentalism–dubbed neo-liberalism–also claims that racism inefficiently interferes with the workings of a free labor market.

“The question is,” Michaels says, “once we’ve given up the racism, and once we’ve given up to some degree the idea that races are a biological reality, why are we so attached to races? The first answer is that American society as a whole loves race. What I mean by that is that generally both right and left are–in neo-liberal terms–conservatives. The fundamental precepts of neoliberalism–the sense that in American society, effort and hard work are rewarded, that there’s a rough justice in the distribution of wealth, and that inherited inequality is not a fundamental problem–are widely held views in American society. The two sets of ideas go together because one supports the other.

“The vision that the primary problems of America are intolerance–sexism, racism–is completely compatible with the view that if we could just get rid of that intolerance and hatred and fear of the other, we’d be living in a fundamentally just society.”

That has not happened. Economic inequality, increasing for decades, has accelerated in recent years. As a new edition of the Economic Policy Institute’s The State of Working America points out, productivity has grown for the past four years but the median American family income has fallen. According to recent Commerce Department figures, wages and salaries (which include soaring executive paychecks) took the smallest share of national income since records started in 1929, and corporate profits took the largest share since 1950.

Blacks still fare worse on average than whites, but Michaels argues that the central problem here is exploitation of workers, not discrimination against blacks. And diversity is not the solution. He writes, “If you’re worried about the growing economic inequality in American life, if you suspect that there may be something unjust as well as unpleasant in the spectacle of the rich getting richer and the poor getting poorer, no cause is less worth supporting, no battle is less worth fighting than the ones we fight for diversity.”

The obligation of diversity is to be nice to each other, Michaels writes, but the obligation of equality is to give up some money. Given the choice, diversity has the advantage of appearing to be morally righteous while at the same time preserving economic self-interest.

The notion of diversity took off after 1978 when the Supreme Court ruled in Bakke v. Board of Regents that the University of California could, as part of its legitimate interest in maintaining a diverse student body, take race into account when admitting students. According to Michaels, the response to the decision fostered the idea that universities should encourage students to appreciate the differences among races (or other identities more or less modeled on race). But it did not address the issue of economic inequality, which retards achievement for blacks proportionally more than for whites. Economic inequality makes it harder for poor (including poor black) students to be able to afford to go to college. What’s more, inequality–in education or family social capital–also makes it harder for poor students, once they reach college age, to compete academically with students from affluent families.

Michaels asserts that diversity gives legitimacy to higher education as a supposed meritocracy, which is important in an era when everyone is told that a college education is the key to success. Admitting a diverse student body, especially for the most elite schools, helps to create the impression that upper middle-class and rich students have won this educational ticket to higher incomes fairly, not because they come from families that are well off.