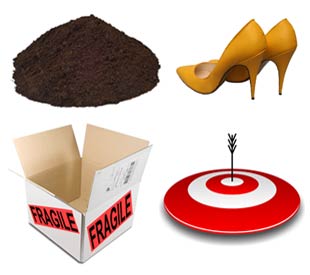 For too long, women have dwelled on the categories and impasses that box them in.

Women and Their Boxes

For too long women have dwelled on the categories that box them in.

My mother and I have a long-standing disagreement about an impromptu gift I gave my teenage sister. After reading Rachel Fudge’s “Everything You Wanted to Know About Feminism (But Were Afraid to Ask),” I promptly went online and bought my sister a two-year subscription to Bitch magazine. The moment my mother (who raised us on Our Bodies, Ourselves) saw a copy, she blanched, “You’re encouraging your sister to read this trash?” No amount of reassurance about fresh, feminist writing will change her mind; my mother can’t get past the title.

She’s not alone. In her new book, The Female Thing, Laura Kipnis, professor of media studies at Northwestern University, offers up “a catalog of fetters, a chronicle of impasses–including those within feminism itself.” Kipnis argues that the traditional notions of what it means to be a woman, even in these supposed post-post-post-feminist days, are still causing trouble.

The book is divided into four essays, “Envy,” “Sex,” “Dirt” and “Vulnerability,” which question what second-wave feminism has wrought. “Did empowerment feminism end up playing the unwitting shill for the scorched-earth labor practices of the new global economy?” she asks in “Envy.” She notes that pay equality still doesn’t mean a living wage, and that women entering the workforce face a new set of strictures, “shifting the dependency from husbands to the vagaries of the job market: to bosses, customers, and time clocks.”

In “Vulnerability,” she takes up the question of rape. How, she asks, are women “supposed to negotiate the psychical terrain of vulnerability […] when it’s a bodily fact that sexual violation and sexual pleasure share the same … venue.” Kipnis notes that women’s fear of rape is disproportionate to reported rape rates, and that current rape discourse ignores the fact that men’s risk of rape may now be equal to women–for incarcerated men, that is. She also casts a skeptical eye toward the gains made by expanding the definition of “sexual assault.”

“Being flashed may be unpleasant (or it may be laughable, depending on your sense of humor), but the emotional seriousness is going to depend on how finely honed your sense of vulnerability is,” she writes. That feeling of imperilment, she continues, “you’re likely to absorb by reading rape-activist literature.” Arguing about why we shouldn’t feel vulnerable–fine, but really, what do we achieve by once again making sexual violence against women a subject for debate?

Kipnis’ nimble, smart writing reinvigorates many a tired discourse. But I’d guess that for many women, The Female Thing will still feel like terrain we’ve spent far too long wandering. Her contrarian approach worked better in her last book, Against Love, which dealt with adultery, a topic usually handled with either hushed morality or screaming sensationalism. But here, her knowing retread just serves to push women back into the same old boxes. One can agree with her argument that women are women’s own worst enemy–look no further than the blogger-on-blogger attack of law professor Ann Althouse calling out Jessica Valenti of Feministing.com for appearing too breasty and attractive in a recent photo with former President Clinton. But at some point we should step off this well-trod path to see what women are doing to stake out territory beyond the impasses.

For this reason two books now out in paperback feel much fresher. E. Kay Trimberger’s The New Single Woman is the result of her study on how single women between 30 and 60 live. Trimberger conducted her first set of interviews in the mid ’90s, and did a second set in the early ’00s. Contrary to right-wing rhetoric, Trimberger sees increased levels of singleness as “compatible with stronger and more stable marriages.” She also notes how the terms by which we judge women’s choices have changed. As one of her subjects says, “I was looking at […] a big ad for diamonds for your right hand geared to the single woman who wants to indulge herself. You can tell you’ve made the grade when you become a marketing tool.”

These women’s accounts of coming to terms with the realities of single life are not the usual treacle–they offer an alternative and grounded account that contradicts the standard woman-seeking-man caricature.

Kipnis charts the rise of ever-changing commercial frontiers for women’s sexuality. “Not foreseen,” she writes in a footnote, “was how easily commodified hot, unfettered female sexuality could be, packaged and sold back to women in the form of pricy accoutrements […] the fuck-me heels, and the regular bikini waxes.” In contrast, while many women in Trimberger’s study did not go into details about their sexuality, those who did told of reinterpreting sex and celibacy in terms of what they wanted.

“For a while I thought I shouldn’t go to bed with anyone unless they were a serious candidate for marriage,” says Dorothy, a woman in her 50s. “But soon I said to hell with that; there may never be a serious candidate.” She goes on to recount her affairs, speaking of the importance of her own sexual fulfillment, refusing, for example, to go on an extended European trip with a man until they had slept together. We’ve had endless discussions of how our sexuality is being sold back to us–how about some conversation about the ways we’re claiming it for ourselves?

Meanwhile, Confessions of the Other Mother: Nonbiological Lesbian Moms Tell All! examines new models of motherhood. Edited by Harlyn Aizley, it may appear to be a niche title, but its writers offer interesting takes on the complexity of navigating motherhood and its social expectations when you’re not actually the one who’s given birth. Faith Soloway, on observing her partner nursing their child, put it this way: “Basically, I am insanely jealous of their flesh-on-flesh, boundaryless, nurturing, complicated relationship […] it constantly reminds me of my third-wheel status.”

And, in one of the strongest essays in the book, Suzanne M. Johnson describes wrestling with her desire for biological motherhood after spending a lifetime rejecting it. Having spent her childhood hoping to grow up to be an idealized ’50s sitcom dad, she found herself not just jealous of her partner’s physical ties to their daughter, but troubled by her own rejection of the “male” role of caretaker. “I was their mama. I didn’t want to be daddy, in the traditional sense of the word. Surprisingly, I wanted to be the mommy, without staying home.” Her account of struggling to secure legal acknowledgement for her child, and battling the barriers to healthcare coverage and adequate work-leave, offers a heartbreaking critique of how little our society does for actual mothers, even as current rhetoric exalts motherhood.

Both Confessions and The New Single Woman show how the strongest arguments for different conceptions of women’s roles are found in the daily details. Instead of mulling over the constraints of femininity, Trimberger and Aizley give us women who are living their lives–impasses be damned. In Confessions, Dawn Beckman describes how an evangelical co-worker defended Beckman’s choice to leave her job. “‘Don’t give Dawn a hard time,” the co-worker said, “she’s leaving so she can spend more time with her family, and they’re what’s most important to her.”

“My presence in the world as a lesbian mother,” Beckman writes, “seemed at that moment a small, but potent, example of parenting as a subversive activity.”