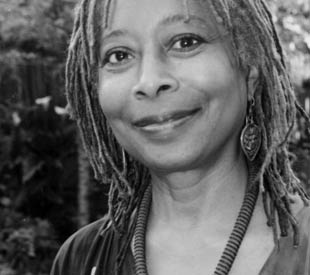 All Praises to the Pause

Alice Walker wants us to enjoy “the pause” - the moment when something major is accomplished and Wisdom requires us to stop and reflect.

One of the many gifts I received from strangers after writing The Color Purple 24 years ago was a bright yellow volume of the I Ching. It opened to the 63rd hexagram: “After Completion.” This is a time when a major transition from confusion to order has been completed and everything is (at last!) in its proper place even in particulars. Interestingly, according to the I Ching, this is a time not of relaxation, but of caution.

The I Ching is a compass of great value. Uncanny in its ability to share its Wisdom at just the moment it is required. How many friends, even best and closest friends, can do that?

What it is referring to in this hexagram is something that I am going to call “the pause.” The moment when something major is accomplished and we are so relieved to finally be done with it that we are already rushing, at least mentally, into The Future. Wisdom, however, requests a pause. If we cannot give ourselves such a pause, the Universe will likely give it to us. In the form of illness, in the form of a massive Mercury in retrograde, in the form of our car breaking down, our roof starting to leak, our garden starting to dry up. Our government collapsing. And we find ourselves required to stop, to sit down, to reflect. This is the time of “the pause,” the universal place of stopping. The universal moment of reflection.

I encourage you not to fear it. And why is it important not to fear the pause? Because some of the most courageous people on earth are scared of it, as I have been myself. Why is this? It is because the pause has nothing in it; it feels empty. It feels like we have been jettisoned into wide open, empty space. We can not see an end to it. Not seeing an end to it, or for that matter, not even understanding a beginning or a need for it, we panic. We may decide to make war, for instance, in the moment the Universe has given us to reflect. By the time we recover from our hasty activity a thousand small children may be lying dead at our feet.

Sometimes there is a feeling of not being able to continue. That, in this pause, whichever one it is, there is no movement. No encouragement to move, at all.

As a culture we are not in the habit of respecting, honoring, or even acknowledging the pause. (Culturally the most common reference to the pause was given over to Coca-Cola, which promised “The pause that refreshes.” In other words, whenever there is a moment you are not busily doing something, Eat. Drink. And here’s what we want you to eat or drink.) Women know this very well. At menopause, a time of extremely high power and shapeshifting, we are told to behave as though nothing is happening. To continue the “game” of life as if we are still girls. We are not girls. And to continue to act as though we are robs the world and the coming generations of our insights–insights readily available to us during this particular time, which is a highly significant universal moment of reflection.

I am convinced that in earlier times women during menopause drifted naturally to the edge of the village, constructed for themselves a very small hut, and with perhaps one animal for company– and one that didn’t talk!–gave themselves over to a time without form, without boundaries. They were fishing in deep waters, reflecting on a lifetime of activity and calling up, without consciously attempting to do so, knowledge that would mean survival and progression of the tribe.

During the pause is the ideal time to listen to stories. But only after you have inhabited Silence for long enough to find it comfortable. Even blissful. There are stories coming to us now from every part of the earth; and they are capable of teaching us things we all used to know. For instance, I listened to a CD called “Shamanic Navigation” by John Perkins. In it he talks about the Swa people of the Amazon. These are indigenous people who’ve lived in the Amazon rain forest for thousands of years. They tell us that in their society men and women are considered equal but very different. Man, they say, has a destructive nature: it is his job therefore to cut down trees when firewood or canoes are needed. His job also to hunt down and kill animals when there is need for more protein. His job to make war, when that becomes a necessity. The woman’s nature is thought to be nurturing and conserving. Therefore her role is to care for the home and garden, the domesticated animals and the children. She inspires the men. But perhaps her most important duty is to tell the men when to stop.

It is the woman who says: Stop. We have enough firewood and canoes, don’t cut down any more trees. Stop. We have enough meat; don’t kill any more animals. Stop. This war is stupid and using up too many of our resources. Stop. Perkins says that when the Swa are brought to this culture they observe that it is almost completely masculine. That the men have cut down so many trees and built so many excessively tall buildings that the forest itself is dying; they have built roads without end and killed animals without number. When, ask the Swa, are the women going to say Stop?

Indeed. When are the women, and the Feminine within women and men, going to say Stop?

I used to be suicidal. I grew up in the white supremacist, fascist South, where the life of a person of color was in danger every minute. For many years I thought of suicide on an almost daily basis. Other than this, and severe depression caused by the inevitable childhood traumas and initiations, I am not a person innately given to despair. However, it has been despairing to see the ease with which women, after over thirty intense years of Feminism, have chosen to erase their gender in language by calling each other, and themselves, “guys.” This is the kind of thing one can reflect on during a pause. Are we saying we’re content to be something most of us don’t respect? Conjure up an image of a guy. What attributes does it have? Is that really you? Is this a label you gave yourself?

What does being called “guys” do to young women? To little girls?

Isn’t the media responsible for making it “cute” to be a guy, as if that’s all the Women’s Movement was about, turning us into neutered men, into guys? For guys don’t have cojones, you know. They are men, but neutered, somehow. So if you’ve turned in your breasts and ovaries for guyness, you’ve really lost out.

And does this make you remember that when we were trying to get the ERA, the Equal Rights Amendment, passed, which would have assured equal rights to women, suddenly the market and our television screens were flooded with a new dishwashing liquid called, you remember, Era. A not-so-subtle message that equal rights for women was still associated mainly with the kitchen and a sink full of dirty dishes. And it must have been in the ’60s, when women were claiming their freedom to have a good time, that the dishwashing liquid magnates came up with a concoction called Joy.

The intuitive part of us, the deep feminine, whether in male or female, knows when we are being ridiculed, laughed at, told to forget about being women, or having a Feminine, being wild, or being free; led to sleep if not to the slaughter. In those small areas where we do have some control, the words coming out of our mouths, for instance:

When are we going to say STOP?

Alice Walker is the author, most recently, of We Are the Ones We Have Been Waiting For: Light in a Time of Darkness and Devil's My Enemy.