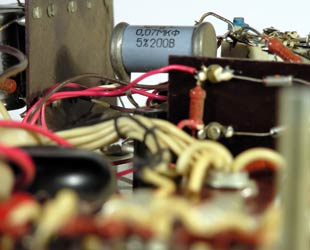 A single computer contains hundreds of chemicals that are known to cause cancer and other illnesses.

Inmates are being forced to work in toxic ‘e-waste’ sweatshops

U.S. prisoners working for a computer-recycling operation run by Federal Prison Industries (FPI) are being exposed to a toxic cocktail of hazardous chemicals through their prison jobs while efforts by some prison officials to protect them have been met with stonewalling and subterfuge.

The report follows three years of mounting scrutiny of FPI by the U.S. Office of the Special Counsel, the Occupational Safety and Health Administration (OSHA) and Public Employees for Environmental Responsibility. Critics say that the scrutiny has led to few reforms.

FPI, which operates as a unit of the semi-autonomous, government-run corporation UNICOR, opened its first electronics recycling business at a federal prison in Marianna, Florida, in 1994. Since then, the company’s electronics recycling program has spread to six other federal prisons across the country. Inmates working for UNICOR are paid between 23 cents and $1.15 per hour. In 2005 the company recorded $64.5 million in profits.

The problems outlined in “Toxic Sweatshops” first came to light in 2002, when UNICOR opened a recycling shop in Atwater Federal Prison, a maximum-security facility in Merced, California. Among their duties, prisoners at the facility were charged with separating glass cathode ray tubes (CRT) from computer monitors. Sometimes they were given hammers; other times, they were forced to improvise.

“When the operation began, most glass room workers would heft the CRT to head height and slam the CRT down on the metal table and keep slamming it on the table until the glass broke away from whatever they were trying to remove,” said one prisoner quoted in the report. “We were getting showers of glass and chemicals out of the tube.”

A single computer contains hundreds of chemicals–including up to 8 pounds of lead–that are known to cause cancer, respiratory illness and reproductive problems, says the Silicon Valley Toxics Coalition. Prisoners interviewed for the report cite health issues, including slow-healing wounds, sinus problems, headaches, fatigue, and burning skin, eyes, noses and throats. Since no one on the recycling floor was issued proper protective gear, the guards and other personnel who supervised the inmates fared little better.

Leroy Smith, a health and safety manager at the facility, became concerned when air quality tests that he initiated showed elevated levels of toxins in the recycling center, which sat just feet from a food-processing area. After each test, Smith said, he would suspend operations and request further safety measures, only to be overridden by Atwater Federal Prison officials and UNICOR supervisors who insisted there was no safety threat.

In December 2004, after being repeatedly rebuffed by his superiors, Smith took his case public–first filing a complaint with OSHA, and then with the U.S. Office of the Special Counsel (OSC)–an independent federal investigative agency with responsibility over federal employees.

What followed, says his attorney Mary Dryovage, was a Kafkaesque trip through bureaucratic hell. “OSHA has no jurisdiction over UNICOR, but since there were a few Bureau of Prison employees in the facility, they decided to come out,” Dryovage says.

But, she says, in an unprecedented move, OSHA scheduled the inspection in advance, giving UNICOR management a three-week head-start to clean up their act. “By the time they came, management had loaded all the computer parts onto trucks and shipped them out,” Dryovage says. “There was nothing there for them to find.”

According to watchdog group Public Employees for Environmental Responsibility, over the course of the next year the Bureau of Prisons continued to downplay the severity of the problem and, along with UNICOR management, launched a campaign of intimidation against Smith and anyone else they suspected of aiding him.

“I received verbal threats of demotion, negative log entries, denial of promotion and threats of disciplinary action, among other things” Smith says.

In October 2004, on doctors’ orders, Smith, a father of five and a 13-year employee of the Bureau of Prisons, left his job on medical leave. He was forced out, he insists, by work-related stress caused by retaliation against him for speaking out. It would take more than a year before the prison agreed to take him back.

Dryovage joined the case in March 2005 and filed a whistleblower protection suit with OSC on Smith’s behalf. Throughout the case, she says, UNICOR remained hidden behind a cloak of immunity, with prison authorities taking the blows. When Atwater’s warden, Paul M. Schultz, finally decided to cooperate with Smith’s case in 2005, Schultz was relieved of his position and transferred across the country to New Jersey.

“[UNICOR] basically has a sweetheart deal that nobody can look into or go about challenging,” Dryovage says. “It’s sort of like dealing with the Mafia. They have ways of getting you to back off.”

Proponents of the company say UNICOR reduces inmate recidivism by offering essential on-the-job training. Dryovage laughs that off: “Tell me, what kind of job training does an inmate get smashing a computer to pieces with a hammer?”

In the summer of 2005, the Bureau of Prisons conceded that prisoners and staff members in at least three UNICOR facilities had been exposed to toxins that exceeded federal limits and issued a report claiming the problems had been fixed. But last spring, OSC contradicted that assessment–citing holes in the Bureau’s findings–and called for a thorough investigation. In May, the case was referred to the Inspector General for the U.S. Justice Department, which has authority over the federal prison system. That investigation is ongoing.

Today, Smith volunteers his time as an advocate for staff and inmates who continue to work under unsafe conditions at UNICOR recycling facilities. In September, Smith was named OSC’s “Public Servant of the Year” for 2006–an award he says is bittersweet.

“The dangers that I identified go un-remedied,” says Smith. “Daily, I receive phone calls from my colleagues working in computer recycling operations … who describe coming home coated in dust. Even though it now acknowledges safety deficiencies, the Bureau of Prisons is not offering medical screening or assistance.”

**Correction: The Texas Campaign for the Environment was erroneously reported as one of the groups that jointly published the report “Toxic Sweatshops.” Two other groups that did participate in drafting the report—the Silicon Valley Toxics Coalition and the Center for Environmental Health—were not cited. Also, the article misidentified what the acronym OSHA stands for. It is, of course, the Occupational Safety and Health Administration. We regret these errors.