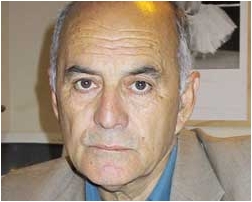 BY Brett Schaeffer
Share TweetReddit0 EmailPrint
On the same May 12 afternoon that Michael Copps, dissident commissioner for the Federal Communications Commission, was in San Rafael, California, speaking out against the commission’s (later successful) efforts to ease media ownership restrictions, veteran Chilean journalist Ernesto Carmona was in nearby Berkeley, California, railing against the media conglomerates in his own country.

The 60-year-old Carmona fled Chile in 1973 to escape the Pinochet regime. Carmona has championed a free and diverse press during his 18-year exile in Venezuela. He returned to his homeland in 1992 to continue his work as an investigative journalist.

In April, he traveled to the Bay Area to promote his latest book, Los Duenos de Chile (The Owners of Chile), and to build support for a media watchdog group that he would like to create in Chile on the model of the U.S.-based Fairness and Accuracy In Reporting.

With the help of translator Fernando Torres, Carmona spoke with In These Times about his work on the book, his harrowing escape from Pinochet’s police, and why he’s worried about the American media.

What have you seen in the U.S. media, especially in regard to FCC rule changes, that concerns you?

It’s becoming similar to Chile. This [media consolidation] is very dangerous because of the myth about the United States and freedom of expression here. A lot of countries in Latin America base their [media] work on this mythology about the freedom of expression that happens here. … It will end up being one owner of media here in the United States—one owner, one voice, one opinion. That’s the problem we have in Chile right now—there is just one voice in the media.

The Chilean government spends $18 million [annually] to advertise in newspapers. Of that $18 million, 80 percent—or about $14 million—goes to two companies: El Mercurio, which has 15 papers throughout the country, and Copesa, which operates a large paper in Santiago called La Tercera. … Our struggle is to lower this percentage for those papers and increase the percentage in favor of the independent media.

Your book details the extent to which a handful of corporations and individuals control Chile. How much of that would people read about regularly in El Mercurio’s papers or elsewhere?

I want to open this debate in a way that is attractive to the common readership. … Who are these people? What are their names? Where did they come from? How did they become wealthy? There are other people who write about these issues, but they’re academics. It’s good work, good papers, but the language is not for the public.

I would like to do something that is read by everyone.

What kind of censorship or restrictions did you encounter researching your book?

The major limitation was the price of the information. For instance, it’s known that all rivers in Chile, or at least the access rights to the waters, belong to Spanish companies. I went to the Ministry of Public Works, and their obligation is to give out this information, because it’s public information, but they charge you for every river: $5 for every river you want to investigate. In Chile there are more than 1,000 rivers. So if you want to know how many rivers one of these Spanish companies has, you have to have a fortune.

But I haven’t run into any legal problems, because all of the information is true.

I always wanted to stay in Chile and struggle against dictatorship. But there was a day when I realized I was an important person, and the army was looking for me. I went to the house where my daughter was staying, and the police had left the house only 10 minutes before. They destroyed everything inside the house. (No one was home at the time.) That was when I thought I had to leave the country, to keep myself alive.

I had to pay off a policeman—the chief of police in Santiago. This policeman gave me an ID and I asked him what this person, whose ID I now had, did for a living. The policeman said, “Don’t worry, this person is dead.” But I still wanted know. So he told me: “He was a drug trafficker.”

I couldn’t get into Argentina (where Carmona traveled before landing in Venezuela) with an ID like that, because I wanted to dedicate myself to journalism. So the policeman told me: “The only solution is to leave Chile with your own name, and on that day we’ll lift the order to arrest you.”

And they did it. They did it for that day. I went to Argentina with my own name.

What is one thing you’ll take back with you from this trip?

I was very surprised, talking to Norman Solomon and other journalists here, to discover this concentration of wealth (in the United States) that, really, I had a different idea about—that it was not structured so vertically.