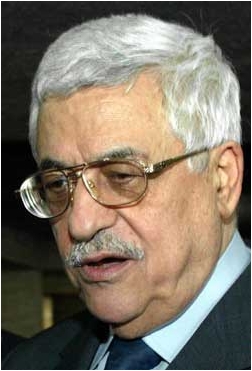 End of the Road

“Either we have reconciliation or we have another government, but to have a continuation of the crisis—this is shameful,” said Palestinian Legislative Council member Hatem Abdel Qader in the midst of the fracas.

But the resolution of that short-term problem through the subsequent appointment of Ahmad Qurei, architect of the 1993 peace accords with Israel, has only brought both Palestinians and Israelis full circle again to face the faltering of their respective national dreams. With or without the roadmap—the U.S.-backed plan to return to talks—some are saying that the two-state solution has failed.

The current Israeli leadership, writes Israeli analyst Yossi Alpher in the web journal Bitterlemons.org, believes it can force Palestinians to accept a “handful of disconnected enclaves that take up about 50 percent of the West Bank and are surrounded by settlements.” Alpher calls this plan a non-starter for both Palestinians and Israelis seeking a secure home. “In order for Israel to continue as a state, it must depend on Palestine as a viable democratic neighbor,” says Palestinian activist Hanan Ashrawi. “It cannot swallow up Palestine.”

Abbas was appointed prime minister in April after the international community demanded that he take the reins from Arafat. He came to office bearing a plan supported by the political center to stop attacks against Israel by obtaining a unilateral truce from the Palestinian opposition groups (indeed, he was a true believer that Palestinians must change their tactics). But for all of Israel’s rejection of Arafat, it did little to show support for Abbas’ leadership and made only minor gestures of compromise. Nor did the United States press Israel to declare an end to violence “against Palestinians everywhere,” or halt settlement construction, both required by the roadmap plan.

The Bush administration did, however, demand that Palestinians forcefully disarm opposition groups and then, when Abbas began bleeding political support, hurried his demise by backing him emphatically. (One of Arafat’s parting barbs was reportedly to call Abbas “Karzai,” after the U.S.-installed leader of Afghanistan.) Two weeks ago, when Abbas called for a vote of confidence in the Palestinian legislature to reaffirm his policies, the United States consul in Jerusalem called key figures in the Legislative Council to warn them that a vote against Abbas would be a vote against the United States itself.

“I told them that their interference was backfiring on them,” said one of those on the target call list.

The handing of the premiership to Qurei, known as Abu Ala, thus solved the internal Palestinian struggle without an embarrassing vote against Abbas. It has done nothing, however, to alleviate the problems that took him from office: Israel’s refusal to make substantive efforts, the failure of U.S. policy, and fractured Palestinian politics—all which doomed the roadmap plan. “Maybe Abu Ala can do something,” shrugs Abdel Qader now. “Otherwise, he is chasing [down] a closed road.” His attitude tells of the uncertainty with which Palestinians are viewing the next step.

“The Sharon government has been trying to put an end to the Palestinian national movement in the form of the [Palestinian] Authority, which has been more or less paralyzed completely by the complete occupation of the West Bank,” says sociologist and political scientist Jamil Hilal. As recent events show, the exercise of Palestinian leadership means little when Israeli troops are confiscating more land, preventing travel between towns, taking security control of areas where Palestinian police work and arresting the Palestinian grassroots.

But Israel is running out of targets. Despite the cordon of checkpoints preventing Palestinians from moving out of their towns, despite the nearly 600-kilometer barrier that is being constructed to keep Palestinians in their population centers and out of Israel, attacks on Israelis continue. The Israeli cabinet debates frequently the merits of removing or killing Arafat himself, but the prospect is fraught with dangers.

“I think the Israelis are also in crisis,” says Palestinian Minister of Labor Ghassan Khatib. “They can’t not do anything, but they have run out of options.”

The stalemate reveals two nations in deep and opposing ideological emergencies. “There is a real chance that ours will be the last Zionist generation,” former Knesset speaker Avraham Burg recently wrote in Forward magazine. “There may yet be a Jewish state in the Middle East, but it will be a different sort, strange and ugly.” Burg’s bitter article—published first in Hebrew—laid down what he sees as Israel’s choices today: get out of the occupied territories for good, or become the minority guardians of an apartheid state. Caught between a paralyzed leadership and a muddled national strategy, Palestinians face equally bitter choices.