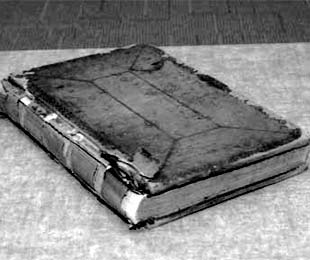 Across Indian country, two things are never in short supply: rich natural resources and endemic poverty. That paradox is driving a longstanding battle between indigenous people and the government trust that holds money generated from their lands.

The class-action lawsuit, Cobell v. Kempthorne, targets a federal trust fund that handles revenues from activities like oil drilling and logging on land owned by individual Indians and tribes. The trust’s financial operations–covering more than 56 million acres and dating back for more than a century–have left a spectacularly messy paper trail. Many beneficiaries say they are in the dark about how much has been paid out and what is still owed, and charge that the system has drained wealth from Indian communities.

“We know that the government collected our money, but it hasn’t been paid to us as individual Indian beneficiaries,” says Elouise Cobell, a Blackfeet Nation member who initiated the suit in 1996 on behalf of several hundred thousand account holders.

The battle is finally drawing to a close. On Jan. 30, U.S. District Judge James Robertson ruled that the trust’s finances are beyond salvaging. Calling for a settlement, he denounced the Interior Department’s “unrepaired, and irreparable, breach of its fiduciary duty over the last century.”

The decision builds on a 1999 ruling that ordered a management overhaul and a complete accounting–to comply with the trust’s orignal mandate and federal reforms enacted in 1994. As In These Times went to press, the Interior had not issued a formal legal response to the decision.

The department has spent years retooling its accounting systems, but various court reviews found the trust in chronic disarray. Not only are financial records inaccurate or missing, critics say, but many landowners have little information on their lands and lease activities, or even the value of their assets, aside from sporadic checks issued by the government.

The system disbursed about $300 million to individuals and $500 million to tribes last fiscal year, and holds hundreds of millions in individual-account funds.

Whatever the exact amount that has been unpaid, Cobell says, evidence of a swindle is strewn across Blackfeet territory. Though the earth is replete with oil, timber and other resources, she says, “there is poverty all over the place.”

Around the turn of the 20th century, the government established the trust system to manage lands on behalf of Indians, based on the presumption that natives lacked the competency to control their resources. Today, the government says the trust functions primarily as an institutional conduit for land-based revenues, produced under agreements between landowners and business interests.

But the trust looks different from Jay Dusty Bull’s spread, which spans about 8,500 acres near Browning, Mont. To the 23-year-old Blackfeet member, his family’s grazing leases provide a financial boost but hardly compensate for the theft his ancestors suffered.

“A hundred years ago, were our Indians–who didn’t speak English, who couldn’t read or write–given that same opportunity?” he says. “No. ‘Sign an X here. Here’s $40.’ Billions of dollars could have been taken off of our land a hundred years ago, and we don’t know.”

Defending its ongoing accounting work, the Interior argued that a “statistical sampling” of records for several thousand transactions had uncovered only a small percentage of errors, and that “additional work would neither produce a better result nor be cost effective.”

But official probes haven’t be so reassuring. In 2002, U.S. District Judge Royce Lamberth held then-Secretary Gale Norton in contempt for failing to initiate the historical accounting process years after Congress had mandated it. The Interior Department, he wrote, had “indisputably proven… it is either unwilling or unable to administer [the trust] competently.”

Court-appointed Special Master Alan Balaran reported similarly dismal findings. Inspecting a Dallas branch of the Minerals Management Office in 2003, he noted the “chaotic” disorganization of financial documents, along with the “unexplained presence of an industrial shredder”–before office staff forced him to leave.

Outside the courtroom, advocates have pressed Congress for legislation to completely overhaul the trust’s management and accounting systems. For many landowners, balancing the government’s books would be one small, overdue counterweight against a legacy of injustice.

“We need to have a much fairer process,” Dusty Bull says. “[We need to] make sure that our children, our grandchildren, our generations to come, do not have to go through the same process.”