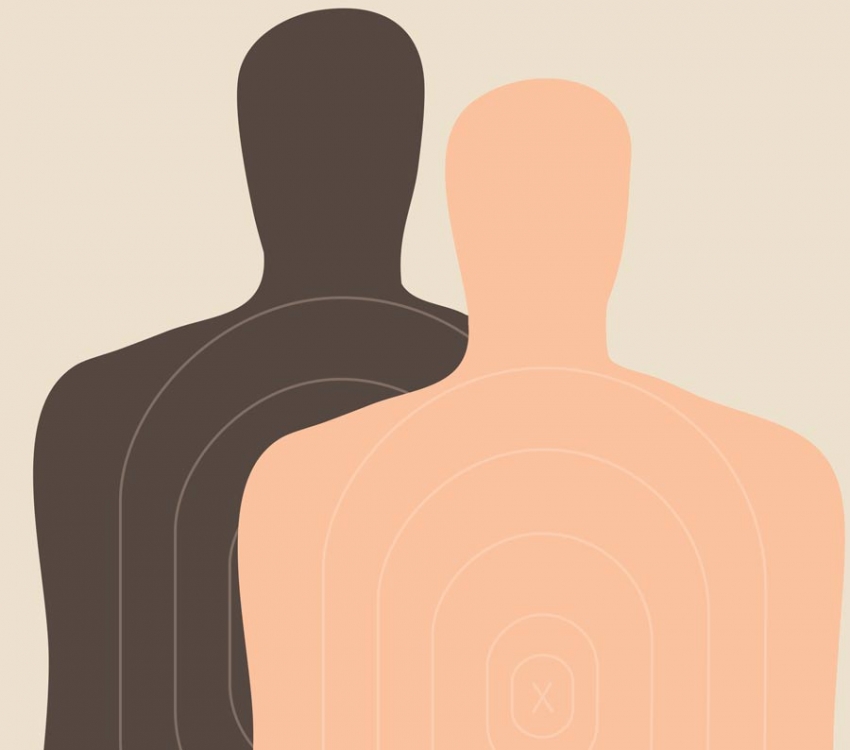 Talking About Guns, Fighting About Race

Many gun regulations -- such as bans on guns in housing projects and laws that take the cheapest pistols off the market -- have continued to disproportionately affect people of color.

In June, the Supreme Court explicitly affirmed the individual's right to bear arms. The ruling – District of Columbia v. Heller – has broad implications, opening the possibility for further legal challenges to gun statutes across the country.

Conventional wisdom identifies “gun control” as a “liberal” issue, and “gun rights” as a “conservative” one. But such stereotyped thinking not only substitutes the policy goals of elites for the opinions and experiences of everyday people (and excludes consideration of the views of people of color), it also obscures the political assumptions shared by the two so-called opposing camps.

As with so much in American politics, the current debates find their origins in our history of racist inequality and violence. Truth is, there has always been gun control in America. Starting in the colonial period and continuing after the American Revolution, laws excluded specific people from gun ownership – slaves, free blacks, Indians, poor whites, non-Protestants and even some heterodox Protestant sects.

During the same period, militias – which never performed particularly well in military engagements – were chiefly responsible for putting down insurrections. And in the South, they were responsible for organizing slave patrols to police the black population.

After the Civil War, Southern states sought to preserve this tradition by instituting “black codes” that barred blacks from owning guns, land or businesses. At the same time, terrorist organizations like the Ku Klux Klan continued the work of the slave patrols, using violence to restrict blacks' travel, suppress their political activity and disarm them.

Blacks resisted, of course, sometimes with their own armed militias. During the brief period of Reconstruction, they even did so with the backing of the federal government.

But the balance swung fatally back in the favor of whites following the 1873 Colfax Massacre. The massacre – which began with a contested election in Grant Parish, La., and left more than 100 blacks dead – is remembered less for its violence than for its legal aftermath. When local authorities declined to proffer murder charges, the federal government indicted 98 people, arguing that because the whites used violence to disarm the blacks, they were guilty of violating their Second Amendment rights.

The case, U.S. v. Cruikshank, reached the Supreme Court in 1876. The justices determined that “bearing arms for a lawful purpose is not a right granted by the Constitution,” and that the Second Amendment “has no other effect than to restrict the power of the national government.”

The high court further decreed that the 14th Amendment “prohibits a State from depriving any person of life, liberty, of property, without due process of law; but this adds nothing to the rights of one citizen as against another.”

In effect, the high court sided with organized and armed whites against the black population, and determined that the Constitution did nothing to establish or protect the rights of blacks against the violence of whites. Cruikshank practically marked the end of Reconstruction.

Over the course of the following century, the court slowly recognized that the Bill of Rights limited state – as well as federal – intrusion, and civil rights legislation made individual violations actionable. Somehow the right to bear arms was left behind.

Gun regulations continued to be drafted, passed and enforced in ways that selectively disarmed the poor and people of color.

In Watson v. Stone (1941), the Florida Supreme Court overturned the gun conviction of a white man. Justice Rivers Buford wrote in his concurring opinion: “The Act was passed for the purpose of disarming negro laborers. … [It] was never intended to be applied to the white population and in practice has never been so applied.”

A quarter century later, in 1967, California passed its Panther Law, with the specific aim of ending the Black Panthers' armed patrols against police brutality.

White supremacy has refined its presentation since the civil rights period, relying increasingly on nominally colorblind laws. Yet many gun regulations – bans on guns in housing projects and laws that take the cheapest pistols off the market, for example – have continued to disproportionately affect people of color.

The recent D.C. v. Heller will likely discredit some of those laws, but not all. Most significantly, even though the court found an individual right to bear arms, it explicitly refused to extend that right to people who have been convicted of a crime.

There's a common-sense appeal to denying guns to criminals – if it is assumed that “criminals” constitute a static and readily identifiable class of people. In practice, such policies are a handy way of institutionalizing racism.

The police pay disproportionate attention to people of color, so many of those people are more likely to have criminal records – which are used, with circular logic, to justify more scrutiny. With more scrutiny and less leeway, people who have already been to prison are more likely to return, often on some technicality like a parole violation. Thus the criminal justice system serves, not just as a means of punishing crime, but also as a legal mechanism for stripping people of color of their basic rights. Given that most states use the justice system to deny people of color the vote, it shouldn't be surprising that they use it to deny them guns as well.

This is the type of gun control that the National Rifle Association (NRA) endorses. The organization has consistently supported mandatory sentences, federalized prosecutions, increased policing in poor neighborhoods and other so-called tough-on-crime policies that disproportionately affect people of color.

The race-coded rhetoric stresses keeping guns out of the hands of “criminals” while respecting the rights of “responsible, law-abiding” gun owners – especially “hunters” and “collectors.”

In the current context, the dispute between “liberal” gun-control proponents and “conservative” gun-rights advocates is a sustained disagreement about the relationship between armed whites and the government.

Many liberals trust the state to respect the rights of individuals and to protect them against crime and disorder. They see no role for private gun ownership under the rule of law.

Many conservatives retain some suspicion of government regulation and don't believe the state capable of protecting decent law-abiding people. They see gun ownership both as an emblem of citizenship and as a protection against those they view as criminals – historically, blacks and, at present, immigrants.

The disagreement is over who should have guns.

The point of agreement is over who shouldn't.

As presently construed, both the gun-control and the gun-rights arguments – that is, both the liberal and the conservative positions – represent the defense of white supremacy.

Kristian Williams is the author of Our Enemies in Blue: Police and Power in America and American Methods: Torture and the Logic of Domination (both from South End Press). Peter Little is a member of Bring the Ruckus, an anti-capitalist organization, and an advocate of abolition democracy.