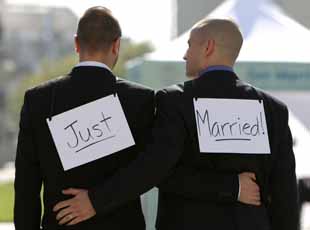 Many local GOP officials are citing their party's increasingly conservative views on social issues -- such as abortion rights, stem-cell research and same-sex marriage -- as reasons for defecting.

A wave of GOP state legislators and other officials is defecting from the Republican Party, exposing the role that an increasingly hard line on social issues may be playing in driving out moderates. The departures weaken the GOP as it confronts another challenging election.

Wood announced he was leaving the Republicans to become an independent. In a closely divided state – where each of the major parties narrowly controls one chamber – Wood’s switch underscores widespread concern over conservatives’ embrace of big government on issues such as war spending and eavesdropping.

Others who are leaving the GOP in states essential to Republican electoral strategies are even announcing as Democrats.

To welcome Stafford into their ranks, state Democrats recently gave her a jersey bearing the number “40.” That is the number of seats her caucus-mates now hold in the state House, where they command a once-unthinkable 40-25 margin over minority Republicans.

In Missouri – the state in which presidential outcome most reliably mirrors the national result – a former Republican and state senator, Chris Koster, said Republicans have misread the politics of abortion and biotechnology. The party’s rigid rejection of research opportunities inherent in stem cells and threats by ideologues to punish scientists who disobey them badly hurt the state’s image.

“Go to Boston for your Nobel Prize; come to Missouri for your leg irons,” Koster joked during the press conference announcing his switch.

The trend extends to Republicans in once reliably “red zones” – or GOP-leaning areas – in predominantly Democratic states. Local leaders are rethinking their allegiance and changing their party affiliation. In at least three cases, party-switchers in these once-conservative suburban regions have cited right-wing attacks against abortion and gay rights as major motivations for their change.

“You find yourself, over time, on many issues, being more aligned with Democrats,” said Edina, Minn., Mayor James Hovland to the website MinnesotaMonitor.com. “And you start thinking, ‘This is where I belong.’ ”

Early this year, Hovland announced and then withdrew from a run as a Democrat for the state’s 3rd District seat in the U.S. Congress. He said he does not rule out later runs for higher office.

The current administration undid his identification with the GOP. Hovland not only voted for Bush in 2000, he said, but also attended Bush’s first inauguration.

In New York state, at least one Republican from Westchester County has been on the GOP ticket every statewide election for the past 50 years. But it is a red zone no more. One of the county’s last Republicans recently changed parties.

“The main reason I left was the agenda and issues of the Republicans in Washington have been destroying the Republican Party,” state Rep. Mike Spano told City Hall News, a monthly newsletter.

Spano cited a backlash against the GOP’s attacks on same-sex marriage and said the issue may have hurt his brother, a Republican, who in 2006 lost a close race for re-election to a state senate seat in New York.

In another suburban Republican stronghold, Washington state Rep. Fred Jarrett, who represents Mercer Island, east of Seattle, announced a switch that caught his party off guard.

“What I’ve been doing as long as I’ve been in the legislature is trying to articulate that moderate Republican … viewpoint,” Jarrett told the Seattle Times in late 2007. “What I found is I may have a lot of ego, but I don’t think I have enough ego to think anymore that I can do it.”

Jarrett said that the final nudge for his switch was Republicans’ hard line against abortion. “My district is 70 percent pro-choice,” he said. “How could I represent my district and tone down a record that I’ve had that has always been pro-choice?”

At their September convention, Republicans will likely downplay the divisive party platform and the attacks on abortion and gay rights that define the party’s direct-mail appeals for dollars and votes.

For an increasing number of formerly GOP office-holders, such maneuvers are beside the point. The orthodoxy of party colleagues and the severity of the party line have driven them overboard.

Because party switches can be an early indicator of results in the next election, the GOP in several areas may soon be losing more officials than those who have lately jumped ship.