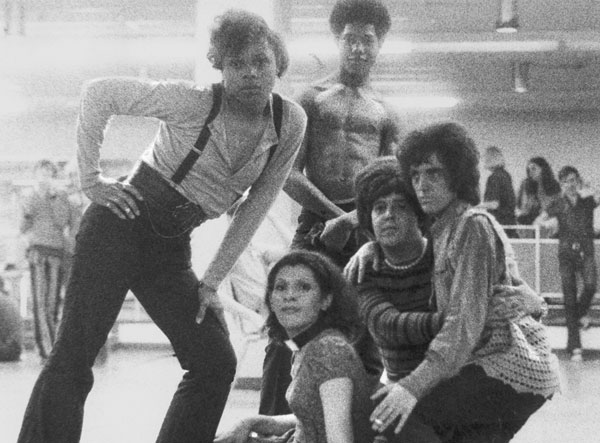 The gay-rights movement did not begin with the Stonewall riots in 1969.

Myth has it that the 1969 riots at the Stonewall Inn in Greenwich Village were the first open queer rebellion against discrimination. Not so. In 1965, the first queer sit-ins on record took place at a late-night Philadelphia coffee shop and lunch counter called Dewey’s, a popular hangout for young gays, lesbians and drag queens.

The establishment began refusing service to this LGBT clientele, prompting a protest rally on April 25, 1965. Dewey’s management turned away more than 150 patrons while the demonstration went on outside. Four teens resisted efforts to force them out and were arrested and later convicted of disorderly conduct. In the ensuing weeks, Dewey’s patrons and others from Philadelphia’s gay community set up an informational picket line protesting the lunch counter’s treatment of gender-variant youth. On May 2, activists staged another sit-in, and the police were again called, but this time made no arrests. The restaurant backed down, and promised “an immediate cessation of all indiscriminate denials of service.”

In August 1966, there was a riot at Compton’s Cafeteria, a 24-hour San Francisco eatery popular with drag queens and other gender-benders, hustlers, runaway teens and cruising gays. The Compton’s management had begun calling police to roust this nonconformist clientele, and one night a drag queen precipitated the riot by throwing a cup of coffee into the face of a cop who was trying to drag her away. Plates, trays, cups and silverware were soon hurtling through the air, police paddy wagons arrived, and street fighting broke out. Some of the 60 or so rioting drag queens hit the cops with their heavy purses, a police car was vandalized and a newspaper stand was burned down. The Compton’s Riot eventually led to the appointment of the first police liaison to the gay community.

These are just two of the many nuggets of little-known or forgotten queer history to be found in Smash the Church, Smash the State: The Early Years of Gay Liberation (City Lights, June 2009), the new anthology edited by Tommi Avicolli Mecca, himself a veteran of the earliest gay liberation struggles, and today a San Francisco-based gender-bending performance artist.

By the time of the Stonewall riots in June 1969, rebellion and radicalism were in the air. The country had been riven by the mass agitation against the war in Vietnam. America’s cities had exploded in urban riots by the black underclass. Feminists had begun to articulate their own liberation ideology and burn their bras. Stonewall and the militant gay liberation movement to which it gave birth arose out of this ’60s turbulence.

If the first night of the Stonewall riots was spontaneous, the ensuing nights benefited from activist participation. Mark Segal, who for 32 years has been the publisher of the Philadelphia Gay News writes, “Marty Robinson recruited me into the ‘activist group,’ a subgroup of Mattachine New York. If there were organizers of the demonstrations on the nights following the [first] Stonewall riot, it was us. After the first incident in which cops raided the bar, Marty had the brilliant idea to have us write in chalk on Christopher Street, ‘Stonewall Tomorrow Night.’ For three more nights, we gathered and protested.”

Stonewall became the much-evoked milestone because it was followed by the launch of a concrete and militant political organization, the Gay Liberation Front (GLF). Within two years, imitators of the New York GLF had launched some 300 independent Gay Liberation Front cells across the country. At GLF demonstrations, one frequently heard the chant “2-4-6-8, smash the church, smash the state!”–hence the title of Avicolli Mecca’s collection of articles.

Nick Benton, a founder of the Berkeley Gay Liberation Front, writes that for him and his fellow GLF activists, “gay liberation was part of the larger struggle of human beings for liberation, in solidarity with the civil rights, anti-war, feminist, and Third World liberation struggles.”

There are contributions by women who tired of the male domination of GLF and founded groups like RadicalLesbians, RedStockings and Dyketactics. There are also accounts both of radical gay liberation’s earliest and often campy direct actions and of the factional fights that eventually destroyed GLF and led to its replacement by the much larger–and single-issue–Gay Activists Alliance.

Avicolli Mecca has not abandoned the anarchic radicalism of those early days. He writes in his introduction, “In many ways, the new millennium gay movement is the antithesis of the early ’70s gay liberation. It cavorts with politicians who may be good on gay issues, but not on concerns affecting other disenfranchised communities. It courts corporate support for its … pride parades, which used to be be protest marches and celebrations of the Stonewall Riots. Now those marches seem more of a market than a movement.”

On this 40th anniversary of Stonewall, that’s a critique that deserves to be heard.