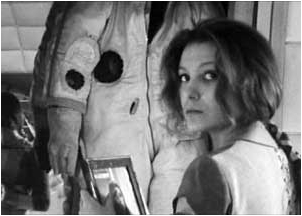 The Play of the Waves

BY Joe Knowles
Share TweetReddit0 EmailPrint
The word “ineffable” is a paradox: If something is truly too great for words, why have a word for it? And is there anything really too profound for language to express? Certainly not God, whose own enlisted theologians, of every faith and epoch, have never failed to demonstrate His rather pointed effability with their very eloquence. The same goes for beauty, inspirer of many a voluble romantic (and quite a few cynics as well). Even the most unspeakable horror can’t leave us speechless for long—witness the aisles of Holocaust literature at your local bookstore. Never underestimate the human capacity—and urge—to search, to explain, to communicate.

But what happens when words really do fail us? Having given up on the capability to theorize, to articulate, to arrive at knowledge, can we hope to know ourselves, much less the outside world? The genius of Polish author Stanislaw Lem’s 1961 science-fiction novel Solaris is that humanity has finally met its epistemological match.

In Lem’s novel, humankind is faced with a baffling, massive intelligence in the shape of a plasmic ocean covering a planet in orbit around two suns. Earth’s best and brightest pull out all the stops to try to solve the riddle of—and communicate with—the only other sign of intelligent life in the galaxy. But the ocean reacts inconsistently—and sometimes indifferently—to various experiments and stimuli, and remains impervious to any single conceptual framework that might explain or even describe its processes. Lem goes into considerable and engrossing detail on the vast but dismal science of “Solaristics,” which abjectly fails to penetrate the behavior of the ocean’s spectacularly churning waves.

In time, humanity more or less gives up, abandoning attempts to understand the universe and regressing into complacency and a sort of cosmic autism. By the time Lem’s narrator, psychologist Kris Kelvin, arrives on the scene, a century has passed without any progress whatsoever: “Our scholarship … amounted to a useless jumble of words, a sludge of statements and suppositions.” The research station hovering above the ocean, once home to hundreds of diligent scientists, has been gradually defunded to the point where just three cynical crewmembers remain.

But when bizarre communiques from the last of the Solarists start arriving on earth, Kelvin, an old friend of the station commander, is dispatched to investigate. The ocean, it turns out, has been probing the minds of the crewmembers and populating the station with “visitors”: breathing, conscious replicas of people plucked from their deepest memories. Kelvin arrives at the chaotic and neglected station, where the terrified scientists barricade themselves behind bulkheads, hiding with their incarnate demons and refusing to talk to him or each other. And it’s not long before Kelvin receives a visitor of his own: his wife Rheya, who committed suicide on earth 10 years before.

The scientists’ failure to communicate—with the ocean, with each other, with their visitors and with themselves—is the abiding theme of Lem’s novel, and of the late Andrei Tarkovsky’s mind-bending film adaptation from 1972.

But Tarkovsky, looking even more inward than Lem did, added extensive material set on earth to his Solaris, introducing us to Kelvin’s father, mother and aunt. We observe Kelvin’s intimate connection with the landscape of his home, his ambivalence about the impending mission, and hints of the skeletons in his closet he is trying to forget. The mirrors to the soul awaiting on Solaris are prefigured from the very first shot—a reflective stream of water hypnotically flowing by in close-up.

The celebrated “driving scene” through a futuristic metropolis (actually ’70s Tokyo) poignantly contemplates mankind adrift not only in the cosmos, but in a lonely crowd. Home-movie footage of the family at a campfire in the snow, accompanied by a forlorn and recurring Bach chorale prelude, conveys the essence of nostalgia that the ocean ultimately fulfills. There isn’t much dialogue, but when the characters do open their mouths, they speak of ethics, love and the philosophy of science, or read aloud from Cervantes.

Lem hated it. Denouncing the film as “awful,” he complained that Tarkovsky “didn’t make Solaris at all, he made Crime and Punishment.” Recalling arguments with the director during the script’s preparation, Lem said that “we were like two horses pulling the carriage in opposite directions. … One cannot convince him of anything, as he is going to recast everything in his ‘own way’ no matter what.”

Indeed, Tarkovsky (like the otherwise dissimilar Stanley Kubrick) didn’t have much patience for the authors of his source material, and he freely adapted Solaris to suit his own artistic obsessions. The story of a resurrection, and the humbling limits of human knowledge it entailed, was seized upon by the Russian mystic; in many ways, his Solaris is not all that different from Andrei Rublev, his epic account of the medieval Russian icon painter. Both Kelvin and Rublev are seekers who want to understand an often cruelly indifferent environment; both undergo extreme psychological trauma; both receive visitations from the dead; both are obliged to re-evaluate their life’s work; both are consumed with an existential crisis that carries distinctly religious overtones.

Yet Tarkovsky too eventually renounced his work on Solaris, though for reasons altogether different from Lem’s. The author wanted the ontological frontier to be explored with more story, more science and less mysticism. Tarkovsky wanted the opposite. You can sense the director’s impatience with certain unwieldy expository necessities, and at times, bits of technical jargon sound faintly arbitrary, signs that he was never quite comfortable with the material even in radically adapted form.

After the film’s release, Tarkovsky proclaimed a distaste for science fiction and the fussy details of plot—from which he would free himself entirely for his next project, Mirror (1975), a hallucinatory reverie inspired by his father’s poetry and his family’s experiences in World War II. (Misgivings about sci-fi aside, he returned to the genre in 1979 with the riveting Stalker, which effectively reconciled the two previous films’ approaches to plot and image.)

While Tarkovsky’s Solaris went unloved by its creator, it has nonetheless gained an international cult following over the years, and for good reason: Its poetic language strikes at the heart of emotions most films don’t even recognize, much less attempt to locate. When a candelabrum hovers out of Kelvin’s grasp in a sudden moment of zero gravity, you can feel the denial of his earthbound frustrations floating away, too; such thoroughly arresting imagery remains with the viewer for not just days or weeks, but years.

This is one reason why Tarkovsky’s fans are known to develop intensely personal attachments to his work—so much so, that when word got out that Steven Soderbergh was working on a remake of Solaris, the director of Ocean’s Eleven and Erin Brockovich reportedly found himself being pursued through the streets of Manhattan by a Tarkovskyite who shouted, “You should be ashamed of yourself!”

There are many things wrong with Soderbergh’s Solaris, but I suppose he shouldn’t be ashamed of himself. He deserves some credit for attempting to slip such a metaphysical dose of melancholy by Hollywood’s Prozac-addled gatekeepers—if only more filmmakers with his resources shared his audacity. He’s obviously aiming high with this picture, fancying himself astride the shoulders of giants Lem and Tarkovsky. So it’s really unfortunate that the best he can muster is a moist L.A. therapy session transported to outer space, cheaply marinated in the purplish, lava-lamp glow of the titular planet.

The level of discourse never transcends checkout-line pop psychology—which wasn’t necessarily a bad thing in Soderbergh’s wily and underrated satire Full Frontal, where all the babble hilariously underlined his characters’ clueless vanity—but here the vapid theorizing is not only deadly but wholly wrong. In a story whose central theme is the inability to make sense of the ocean or ourselves, Soderbergh’s characters “relate” to each other and their feelings with all too much ease. Tellingly, he ignores the larger human implications of the Solarian riddle and fixates on the love story between Kelvin and Rheya.

This might be a wise road to take, since metaphysics clearly isn’t Soderbergh’s strong suit. Alas, the microcosm and the macrocosm need each other in this story, and without even a sketchy background of what’s at stake ontologically, the whole affair just seems kind of goofy, like a cheesy New Age ghost story. It isn’t helped by comically uneven acting from George Clooney, huffing and sweating his way through the Kelvin role, or the downright awful Natascha McElhone as the resurrected Rheya, who is so self-absorbed, so whiny and so irritating that it’s hard to believe anyone would have been terribly distraught over her flighty suicide. When you add to the mix an aggressively weird Jeremy Davies and a tone-deaf, shouting Viola Davis as the other scientists on board, you just want to jump out of the nearest airlock.

Meanwhile, Soderbergh is too busy making clever homages to Tarkovsky and to Kubrick’s 2001: A Space Odyssey to notice the trainwreck unspooling in oh-so-slow motion. What he forgets is that Kubrick and Tarkovsky resisted the facile quoting of other movies—they had enough confidence in their own imaginations to invent their own iconic imagery. (Indeed, there were ample opportunities here for some unprecedented visuals, but Lem’s wildly psychedelic scenes that take place on the planet’s surface have now gone unfilmed in both adaptations.)

Yet one kernel of relevance is buried in this revision of Solaris: This time, it is noted in passing, the Solaris research project is run not by the government, but a corporation. One gets the sense that this detail of the story was updated not because Soderbergh or his producers have anything to say about the pursuit of knowledge, or humanity’s place in the universe, but because it is simply no longer considered “realistic” to imagine a future where corporations don’t rule the galaxy, where scientific curiosity might be motivated by something other than profits.

If this subtext is to be matter-of-factly endorsed, then Soderbergh’s iteration may well be ironic evidence that the Solarian prophecy has already come true—that our sense of possibility is waving a long and self-satisfied goodbye. I suppose, then, that this is the empty Solaris we deserve.