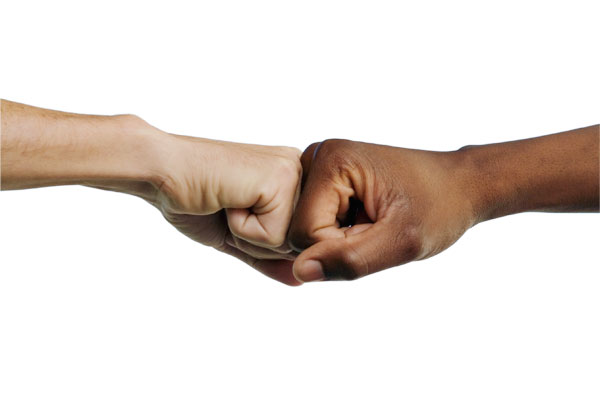 How and why progressives must unite for real change.

Why don’t leftists connect with very many people, even though most Americans support greater equality, jobs for all, government support for education at all levels, government health insurance and much more?

As President Barack Obama’s first year in office draws to a close, perhaps most In These Times readers feel the same way I do–more disappointed in the new administration and the Democratic Congress than I expected to be, even as I recognize dramatic changes since the Bush administration departed. Yet, I am even more disappointed that we on the left (progressives, socialists, anti-corporate capitalists) seem to be missing opportunities to change the direction of our country.

Those of us who seek progressive social change in the United States have made few advances in recent decades. This dearth of progress comes after a wealth of earlier successes: the organization of industrial unions, the creation and triumphs of the civil rights movement, and the successes of the feminist, environmentalist, LGBT and living-wage movements.

One cause of our current lack of accomplishments is an impasse between the two main political forces working for social change–Democratic liberals and leftist progressives–who differ in both goals and strategies. Liberals support gradual changes through education, lobbying and elections to curb the worst excesses of our capitalist system and provide greater social benefits through government. Leftists argue for more radical changes to the status quo.

Rather than lament the failures of the Democrats in Washington or the past failures of leftists, I want to offer a concrete strategy for creating the change we all want. In this more hopeful post-Bush/Cheney era, it is time to figure out how these two forces can rethink their strategies and create a coalition that could transform the nation.

Why don’t leftists connect with very many people, even though most Americans support greater equality, jobs for all, government support for education at all levels, government health insurance and much more? Maybe the problem is in the solutions the left offers and the way we’ve framed them, rather than people’s unwillingness to support greater fairness and equality. To overcome our relative marginalization, American leftists should create a strong new alliance with our more numerous brethren–the approximately 20 percent of Americans who define themselves as “liberal.”

Why an alliance? First, such an alliance might influence centrist Democrats in Washington if it could garner strong support from the Democratic base. Second, an alliance would have a chance to reach the American electorate’s great middle, including independents who turned on the Republicans in 2006 and 2008 because of the failure of the Iraq War and the rapacious destruction of the economy by the financial sector.

If the wars in Iraq and Afghanistan continue to produce failure and American casualties (as is entirely likely), and if the Obama administration is unsuccessful in its efforts to deal with the current health, financial and employment crises (as looks increasingly likely), then a liberal-left program backed by nonviolent social disruption would resonate with those in the middle who have lost their jobs, homes, and/or life savings. This alliance would require progressives to make major changes in strategy, but not in values and goals; liberals would have to recognize that a constitutional democracy has room for far more economic egalitarianism than America has ever seen.

For liberals and leftists to successfully make change together, they must first reach an understanding, if not agreement, on four major areas:

•the crucial role of social movements

•the need for innovative economic models

Here is a step-by-step approach for helping liberals and progressives find common ground. I am proposing a way for leftists to cooperate with liberals to generate short-term advances while at the same time competing with them for the allegiance of the majority to a strong egalitarian vision. In doing so I am claiming the fault is not in our values, but in our strategies.  I am suggesting a “liberal egalitarianism.” Yes, it’s a long shot, but thinking big is worthwhile in moments of great crisis.

SO YOU WANT TO WIN AN ELECTION

The structure of a nation’s political party system influences how social change occurs. This country’s two-party system renders third parties far smaller and more ephemeral than in other democracies. Yet many progressive activists opt for third parties. The problem goes beyond the issue of leftist candidates becoming “spoilers.” Worse, it creates divisions among all those who are left of center and enables the election of conservatives, who are most insensitive to the needs of low-income people, people of color, women, environmentalists and religious minorities.

Further, progressives often fail to realize their power to influence the existing parties by challenging their platforms during the primaries. The gradual development of party primaries in the first 60 years of the 20th century led to the demise of the Democratic and Republican parties in the old sense of the term, with the power to expel members and pick their own candidates. The two major parties are now government-controlled pathways into elected government office. Anyone can register to be a member, and anyone can run in the primaries. Winners in the primaries put their coworkers into leadership positions in the party.

Progressives need to take advantage of the power this situation offers, rather than reject the two-party system. Party primaries open the way for leftists and liberals to disagree within the political arena while moving the Democratic Party in their common direction. Progressives at the state, congressional, district and local levels should form their own democratic clubs within the Democratic Party–essentially parties within the party–that would give them an organizational base and a distinctive social identity in the political arena. For example, in Michigan, a group of progressives who met through MoveOn house parties established Harbor Country Progress, an official Democratic Party club that is changing the political landscape in the state’s rural 6th Congressional District. (See “Building the Left in Harbor Country” by Jim Vopat, ITT, October 2009.)

Forming such clubs allows activists to maintain their primary social and political identities while at the same time enabling them to compete within the Democratic Party. They can run candidates on strong progressive platforms in the primaries if and when the issues, circumstances and candidates seem right. They would campaign to win on the basis of our program and make no personal criticisms of their Democratic rivals. (Yes, corporate Democrats will outspend leftist Democrats, but this will happen whether leftists run in third parties or Democratic Party primaries.)

Should they lose, they would still back the winner of the primary in the general election. Being seen as a loyal Democrat is essential to gaining the confidence of the Democratic electorate and eventually transforming the Democratic Party itself.

Social movements are necessary for social change. They help mobilize the electorate. A handful of dedicated activists can provide the spark to find cracks and openings in the power structure, and develop ways to draw everyday people out of their routines in order to make history. The key is finding the right strategy and focusing on an agenda that engages people at a particular moment.

Strategic nonviolence is the only form of disruption that makes any sense in an advanced capitalist democracy where most people accept the political norms of the society. According to polls, from the 1960s to the 1980s, the American public became more receptive to a wide range of issues championed by egalitarian movements, such as women’s rights. At the same time, most Americans disapproved of the anti-war movement, which employed violent and disorderly tactics. Thus the civil rights movement, not the anti-war movement, is the prototype of what is necessary and possible.

Today’s crises could–and should–catalyze new social movements. Some smaller current actions to prevent foreclosures, stop the abuse of workers and target health insurance companies show that civil disobedience can be effective. Sit-ins that close banks, insurance offices, healthcare offices or government offices could become the order of the day. The escalation in Afghanistan and/or the failure to leave Iraq might lead to anti-war actions in the face of mounting casualties that are destroying families across the nation for reasons that continue to be unclear and unconvincing.

Activists must once again be trained in strategic nonviolence. We also need new leaders who are as committed to civil disobedience as Martin Luther King, Jr. and César Chávez were.

Faced with the choice between seeing large numbers of people incarcerated or making major concessions, the Obama administration might abandon centrist economics and stand up to Blue Dog Democrats, rather than standing idle while local and state law enforcement officials descend into a predictable repressive cycle.

G. William Domhoff is the author of Who Rules America? and The Power Elite and the State. He lives in Santa Cruz, where he is a sociology professor at the University of California.