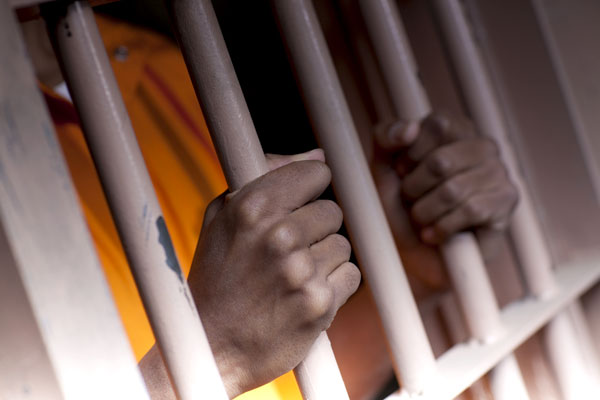 Locked inside a ‘redesigned’ racial caste system?(Photo by:© Oneword | Dreamstime.com )

A specter is haunting post-racial America. As pundits trip over themselves to declare that racism is dead in the era of a black president, ever-increasing numbers of African Americans are imprisoned and condemned to second-class citizenship.

In The New Jim Crow: Mass Incarceration in the Age of Colorblindness (New Press), legal scholar and former ACLU attorney Michelle Alexander examines the American criminal-justice system and its propensity for decimating black lives and communities. She argues that prisons–and the consequent stigmatizing of a permanent “criminal” population–have created a “new racial caste system” whose effects are stunningly similar to those of the Jim Crow era.

Many critics have cast doubt on the proclamations of racism's erasure in the Obama era, but few have presented a case as powerful as Alexander's. From racial profiling in policing to imprisonment rates to post-incarceration discrimination, criminal justice is perhaps the most striking example of racial inequality in the Unites States. Nearly half of young black men are imprisoned or on parole/probation, and in some states, black incarceration rates for drugs are 20 to 50 times those of whites, despite near-parity of drug use across racial lines. As a result, millions of African Americans cannot find housing, receive social services or obtain employment. They are denied even the most basic right in a democratic society–the right to vote.

Alexander argues that the devastation in black communities is no coincidence. It is a “redesigned racial caste system” that duplicates the oppression of past racial eras without relying on the explicit racism of those eras.

This is a bold claim. Alexander defends it persuasively, though she stretches a bit too far at times. Tracing the system's emergence to the “law and order” rhetoric first advanced by President Nixon, she argues that right-wing politicians began appealing to white resentment of black gains by insisting, in race-neutral rhetoric, that order had broken down. This need to reestablish order by being “tough on crime” was Reagan's justification for the War on Drugs. In a cultural climate still volatile with anti-black animus, the racial-minority prison population quickly skyrocketed–along with law enforcement's federal incentives for overzealous policing.

All of this happened under the colorblind pretense of making the streets safer. And who could argue with the goal of ridding the streets of narcotics? Indeed, few have. Meantime, young men of color with scant opportunities are plucked from their communities and casually tossed behind bars. They return home branded with the indelible label of “criminal,” crushing any hope of long-term stability in their lives.

Media coverage of criminal-justice disparities is rare, and the little that does exist usually focuses on unequal rates of imprisonment or sentencing. But Alexander argues that an ex-con's exit from prison is often more traumatic than the incarceration itself. But unlike the Jim Crow era, overt racism cannot be blamed; the forms of oppression are more subtle but no less sinister. This creates difficulties that have not yet been overcome–and that are not even on the radar of most reformers.

Alexander argues that today's civil rights organizations have become “professionalized,” which means that they are inclined to focus on issues like affirmative action while remaining silent on the exploding black prison population. Her challenge to the left is to move beyond the causes it has become comfortable with and begin addressing a crisis that is hidden in plain sight.

On the 2008 campaign trail, Barack Obama gave a stern speech to black fathers in which he assailed their alleged absenteeism. The assumption, echoed by many commentators, was that these men shirked their responsibilities because of moral shortcomings developed in a culture rife with social pathology. Nowhere in these self-righteous accusations was there a discussion of the fathers who did not abandon their children but were instead snatched away from them. By ignoring mass incarceration, politicians and pundits conveniently shift the blame away from racist policing, brutally harsh sentencing and debilitating post-prison stigma, placing it instead on out-of-control black families.

To be sure, mass imprisonment is not the same as legalized segregation, and Alexander admits as much. Electing a black man to the White House would not be possible if African Americans' freedoms were as constrained as they were under officially sanctioned apartheid. But The New Jim Crow's title is more than mere provocation. It describes the “profound sense of déjà vu” one experiences when pondering the racial disparities wrought by America's racist–and deeply destructive–criminal-justice system.