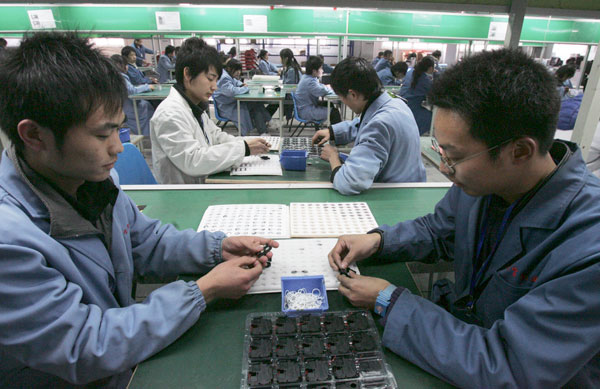 Since Obama was supposed to be their man in Washington, the architects of policy quickly delivered instructions: Unless Obama fell back into line, they would shift funds to the opposition.

Shifts in global power, ongoing or potential, are a lively topic among policy makers and observers. One question is whether (or when) China will displace the United States as the dominant global player, perhaps along with India.

Such a shift would return the global system to something like it was before the European conquests. Economic growth in China and India has been rapid, and because they rejected the West’s policies of financial deregulation, they survived the recession better than most. Nonetheless, questions arise.

One standard measure of social health is the U.N. Human Development Index. As of 2008, India ranks 134th, slightly above Cambodia and below Laos and Tajikistan, about where it has been for many years. China ranks 92nd–tied with Belize, a bit above Jordan, below the Dominican Republic and Iran.

India and China also have very high inequality, so more than a billion of their inhabitants fall far lower on the scale.

Another concern is the U.S. debt. Some fear it places the U.S. in thrall to China. But apart from a brief interlude ending in December, Japan has long been the biggest international holder of U.S. government debt. Creditor leverage, furthermore, is overrated.

In one dimension–military power–the United States stands alone. And Obama is setting new records with his 2011 military budget. Almost half the U.S. deficit is due to military spending, which is untouchable in the political system.

When considering the U.S. economy’s other sectors, Nobel laureate Joseph Stiglitz and other economists warn that we should beware of “deficit fetishism.” A deficit is a stimulus to recovery, and it can be overcome with a growing economy, as after World War II, when the deficit was far worse.

And the deficit is expected to grow, largely because of the hopelessly inefficient privatized health care system–also virtually untouchable, thanks to business’s ability to overpower the public will.

However, the framework of these discussions is misleading. The global system is not only an interaction among states, each pursuing some “national interest” abstracted from distribution of domestic power. That has long been understood.

Adam Smith concluded that the “principal architects” of policy in England were “merchants and manufacturers,” who ensured that their own interests are “most peculiarly attended to,” however “grievous” the effects on others, including the people of England.

Smith’s maxim still holds, though today the “principal architects” are multinational corporations and particularly the financial institutions whose share in the economy has exploded since the 1970s.

In the United States we have recently seen a dramatic illustration of the power of the financial institutions. In the last presidential election they provided the core of President Obama’s funding.

Naturally they expected to be rewarded. And they were–with the TARP bailouts, and a great deal more. Take Goldman Sachs, the top dog in both the economy and the political system. The firm made a mint by selling mortgage-backed securities and more complex financial instruments.

Aware of the flimsiness of the packages they were peddling, the firm also took out bets with the insurance giant American International Group (AIG) that the offerings would fail. When the financial system collapsed, AIG went down with it.

Goldman’s architects of policy not only parlayed a bailout for Goldman itself but also arranged for taxpayers to save AIG from bankruptcy, thus rescuing Goldman.

Now Goldman is making record profits and paying out fat bonuses. It, and a handful of other banks, are bigger and more powerful than ever. The public is furious. People can see that the banks that were primary agents of the crisis are making out like bandits, while the population that rescued them is facing an official unemployment rate of nearly 10 percent, as of February. The rate rises to nearly 17 percent when all Americans who wish to be fully employed are counted.

Popular anger finally evoked a rhetorical shift from the administration, which responded with charges about greedy bankers. “I did not run for office to be helping out a bunch of fat-cat bankers on Wall Street,” Obama told60 Minutes in December. This kind of rhetoric was accompanied with some policy suggestions that the financial industry doesn’t like (e.g., the Volcker Rule, which would bar banks receiving government support from engaging in speculative activity unrelated to basic bank activities) and proposals to set up an independent regulatory agency to protect consumers.

Since Obama was supposed to be their man in Washington, the principal architects of government policy wasted little time delivering their instructions: Unless Obama fell back into line, they would shift funds to the political opposition. “If the president doesn’t become a little more balanced and centrist in his approach, then he will likely lose” the support of Wall Street, Kelly S. King, a board member of the lobbying group Financial Services Roundtable, told the New York Times in early February. Securities and investment businesses gave the Democratic Party a record $89 million during the 2008 campaign.

Three days later, Obama informed the press that bankers are fine “guys,” singling out the chairmen of the two biggest players, JP Morgan Chase and Goldman Sachs: “I, like most of the American people, don’t begrudge people success or wealth. That’s part of the free-market system,” the president said. (Or at least “free markets” as interpreted by state capitalist doctrine.)

That turnabout is a revealing snapshot of Smith’s maxim in action.

The architects of policy are also at work on a real shift of power: from the global work force to transnational capital.

Economist and China specialist Martin Hart-Landsberg explores the dynamic in a recent Monthly Review article. China has become an assembly plant for a regional production system. Japan, Taiwan and other advanced Asian economies export high-tech parts and components to China, which assembles and exports the finished products.

The spoils of power

The growing U.S. trade deficit with China has aroused concern. Less noticed is that the U.S. trade deficit with Japan and the rest of Asia has sharply declined as this new regional production system takes shape. U.S. manufacturers are following the same course, providing parts and components for China to assemble and export, mostly back to the United States. For the financial institutions, retail giants, and the owners and managers of manufacturing industries closely related to this nexus of power, these developments are heaven sent.

And well understood. In 2007, Ralph Gomory, head of the Alfred P. Sloan Foundation, testified before Congress, “In this new era of globalization, the interests of companies and countries have diverged. In contrast with the past, what is good for America’s global corporations is no longer necessarily good for the American people.”

For the work force, the outcome may be “grievous,” in accordance with Smith’s maxim, but it is fine for the principal architects of policy. Current research indicates that about one-fourth of U.S. jobs will be “offshorable” within two decades, and for those jobs that remain, security and decent pay will decline because of the increased competition from replaced workers.

This pattern follows 30 years of stagnation or decline for the majority as wealth poured into few pockets, leading to what has probably become the greatest inequality between the haves and the have-nots since the end of American slavery.

While China is becoming the world’s assembly plant and export platform, Chinese workers are suffering along with the rest of the global work force. This is an unsurprising outcome of a system designed to concentrate wealth and power and to set working people in competition with one another worldwide.

Globally, workers’ share in national income has declined in many countries–dramatically so in China, leading to growing unrest in that highly inegalitarian society.

So we have another significant shift in global power: from the general population to the principal architects of the global system, a process aided by the undermining of functioning democracy in the United States and other of the Earth’s most powerful states.

The future depends on how much the great majority is willing to endure, and whether that great majority will collectively offer a constructive response to confront the problems at the core of the state capitalist system of domination and control.

If not, the results might be grim, as history more than amply reveals.