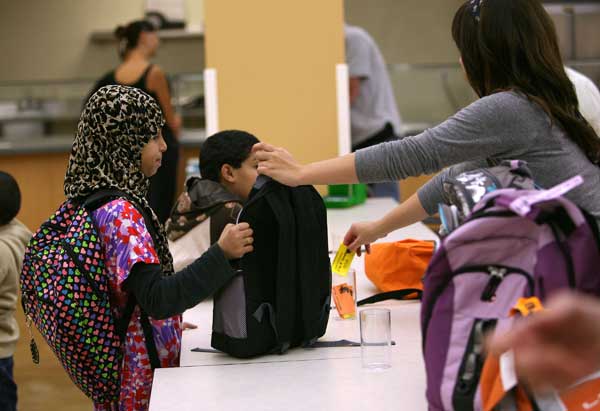 The education reform debate is misdirected.

With America’s public schools struggling to survive slashed budgets and unequal funding, school reform is back on the national agenda–but will the new model of market-based “reform” promote greater educational quality?

Already, schools in low-income areas see abysmally low achievement levels. In many cities, less than half of students graduate from high school.

To combat the crisis of low achievement, the Obama administration, led by Secretary of Education Arne Duncan, cobbled together a group of political and corporate powerbrokers, including Bill Gates, to spearhead education reform. Their efforts have been vigorously applauded by major media from the New York Times to the Washington Post to Newsweek.

In her recent book The Death and Life of the Great American School System: How Testing and Choice Undermine Education, Diane Ravitch, education historian and former assistant secretary of education under George H.W. Bush, takes the education reform establishment to task.

Ravitch blasts what she calls the “Billionaire Boys Club” vision of public education. “Three foundations–Gates, Broad and Walton–are now committed to charter schools and to evaluating teachers by test scores,” she told Democracy Now in March. And that’s now the policy of the Department of Education. “We have never seen anything like this, where foundations had the ambition to direct national educational policy, and in fact are succeeding,” says Ravitch.

“The focus on demonizing teachers in the media means that then you don’t talk about poverty,” says Bill Ayers, a professor of education at the University of Illinois in Chicago and a member of the In These Times Board of Editors. Because of the way U.S. schools are funded (mainly through property taxes), wealth disparities directly impact school districts. For example, some Chicago-area suburbs spend about $30,000 a year to educate each child, while inner-city Chicago schools spend about $4,000 per pupil.

Poverty and unemployment contribute to a high rate of transience among students, as their families move from apartment to apartment in search of lower rents or better living arrangements.

Poverty doesn’t affect just attendance. Milwaukee children suffer from one of the highest rates of childhood lead poisoning, which can cause learning disabilities and severe behavioral problems. In one African-American neighborhood, 67 percent of the children age six or under had elevated lead levels. In a primarily Latino area, the rate was 43 percent. On top of that, in the last 30 years Milwaukee has lost 80 percent of its industrial base and nine of its 10 hospitals. In 2006, the Milwaukee Journal Sentinel reported, “An African-American infant in Milwaukee is at a greater risk of dying in his or her first year than an infant in Malaysia, Jamaica, Panama, Costa Rica or Chile.”

Broad and fundamental institutional failures, which directly hinder student achievement, are rarely implicated in the “failure” of public education. Instead, elite reformers highlight anecdotes about incompetent or abusive teachers. The result is a vilification of teachers and teacher unionism.

Bob Peterson, a former “Wisconsin Teacher of the Year” and a founder of the progressive education journal Rethinking Schools, says Obama and Duncan are heightening antagonism toward the public sector. “They’re pushing a general distrust of the public sector. Instead of trying to improve [it], they are abandoning it,” Peterson says. “Duncan and Obama would deny it, but that’s what’s happening.”

To win the battle of public opinion, and the larger battle for education reform, teacher unions and advocates of egalitarian public education must frame the issue in a way that puts educational achievement–or the lack thereof–in its proper context. They must make clear that until society redistributes resources fairly, many schools will continue to fail, and with them, the nation’s schoolchildren.