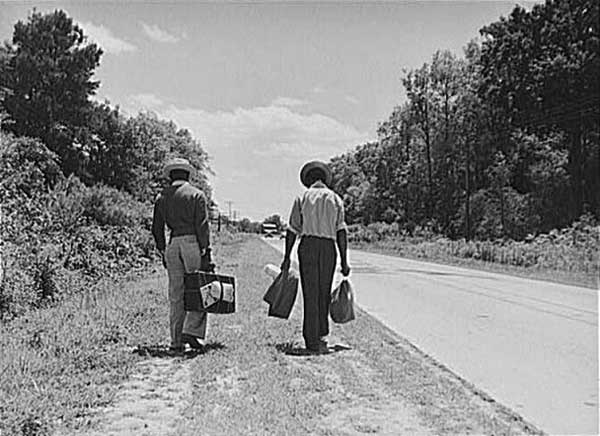 The Warmth of Other Suns gives the Great Migration the attention it deserves.

While it is possible to beat a whimsical application of arbitrary racial rules, a totalitarian system cannot be violated.

Though it has garnered neither the attention nor the commemorations of the Civil Rights movement, the Great Migration may have affected the fortunes of African Americans almost as profoundly. The relocation of 6 million African Americans from the South to North across six decades has not received the in-depth analysis it deserves–until now, with the publication of Pulitzer Prize-winning former New York Times correspondent Isabel Wilkerson’s new book, The Warmth of Other Suns (Random House, September).

Through the eyes of three Great Migrants, Wilkerson chronicles the decision to leave the South, a world of brutal oppression, lynchings and back-breaking labor, for cities like Los Angeles, Chicago and New York. “This book is essentially three projects in one,” Wilkerson writes. “The first was a collection of histories…The second was…a narrative of three protagonists…The third was an examination of newspaper accounts and scholarly and literary works…”

The Warmth of Other Suns focuses on the era from Reconstruction to the mid-1970s, particularly on the migration itself, starting just before World War I. Wilkerson does not accept the common assumption that the millions who left the South did so because of changes in cotton farming. Instead she sees myriad causes. She cites the role of lynchings, noting that “it took less than a decade of migrations to make a difference,” i.e. for the number of lynchings to drop.

But above all, Wilkerson cites the desire to live without Jim Crow restrictions, the desire to be free. “They did what humans have done for centuries when life became untenable…They left.” Wilkerson aptly characterizes the migration’s beginning as “the first step in a divorce that would take more than half a century to complete.” Given the violent, murderous and hateful treatment of African Americans at this time in the South, it is no surprise they departed. Of one black southerner, Wilkerson writes:

He had learned that fear when he was little and once passed the white people’s church. The kids came out of the church when they saw him. They threw rocks and bricks and called him the vilest names that could spring from a southern tongue. And he asked his grandparents, ‘What kind of God they got up inside that church?’

Wilkerson appends meticulous research to her three oral histories. These three–Ida Mae Brandon Gladney, who left Chickasaw County, Miss., in the 1930s for Chicago, George Swanson Starling, who left Eustis, Fla., for New York City in the 1940s and Robert Joseph Pershing Foster, who left Monroe, La., for Los Angeles in the 1950s–constitute the bulk of her book. She depicts the world they left vividly: the ubiquitous “colored only” and “whites only” signs on buses, bathrooms, drinking fountains. The requirement that an African American approaching any white lower his eyes and step off the sidewalk. Blacks being burned alive in their homes.

Wilkerson also details the reasons the three migrants left their homes to build a new life. Starling fled under threat of lynching; Gladney left grueling cotton-picking and debt peonage when a cousin was nearly beaten to death with chains by white vigilantes; Foster, a surgeon, could not pursue his vocation in Louisiana, at least in any acceptable manner. They had to sneak away because by the time they left white southerners had caught on to the fact they were losing their servant class and forcibly prevented these departures. All three people traveled in a state of anxious tension, never sure they would not be caught and sent back.

Wilkerson carefully compares these migrants to east and south European immigrants, but with one caveat: the migrants themselves rejected the comparison, because their ancestors had been in this country since the beginning of its colonization. Still, both groups shared much: They had abandoned an unjust and inhospitable world to seek their fortunes elsewhere, and they were not going back. They competed for the same jobs, sometimes tragically, as when industrialists deployed African-American labor to break strikes. They competed for the same cheap housing, with African American tenants routinely paying more for less in the dilapidated “black belt” of Chicago or the teeming tenements in Harlem.

Sadly, the white immigrants from eastern and southern Europe and the African-American migrants from the South did not see what they had in common, and instead clashed or were pitted against each other. Wilkerson details this tragic competition at great length.

What the migrants escaped by the millions was an overt, totalitarian caste system. What they found instead, say in Los Angeles, was a “whimsical caste system,” Wilkerson writes. While it is possible to beat a whimsical application of arbitrary racial rules, the same cannot be said of a totalitarian system. Those who left understood that. They had ambition, determination and grit.

Wilkerson demolishes the stereotype of the black migrant as lumpenproletariat, part of an underclass uninterested in its own advancement. She marshals statistics to prove that a clear majority of migrants were people of remarkable achievement despite the adversity they faced. People whose intelligence, tenacity, pride, moral backbone and, above all, courage, drove them out of the south and into a bearable future.