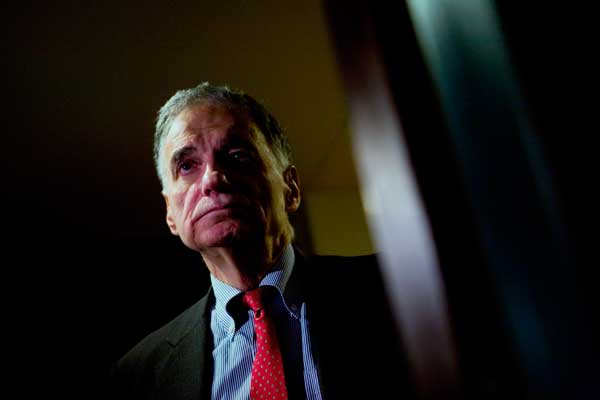 On November 2, ballots in Oakland and Berkeley, Calif., and North Carolina will offer voters something new: an instant runoff voting (IRV) system that is gaining steam as dissatisfaction with the electoral status quo persists.

Advocates say IRV can improve voter turnout, support multi-party politics, and save both candidates and taxpayers money. But the movement to replace the traditional system has been slow to gain traction in the United States, despite its relative popularity abroad.

The instant runoff system is preferential: voters fill out ranked ballots in order to condense a traditional runoff (in which voters return to the polls if no candidate receives an absolute majority of votes) into a single round of voting. Voters rank candidates on their ballot in order of preference. If no candidate secures a majority, the candidate with the fewest first choices is eliminated, and those ballots are counted toward the voters’ second choice. This is repeated until a winner is declared.

Until San Francisco passed IRV legislation in 2002, no U.S. city or state, save Ann Arbor, Mich., had ever used the system. Since then, 11 more municipalities and four states have passed legislation to use IRV in local or state elections. (Three of those municipalities, including Memphis, Tenn., and Springfield, Ill., won’t begin using the new system until next year.)

The IRV system, sometimes called the alternative vote system, is already used for some general elections in both Australia and Ireland. And next May, the United Kingdom will hold a referendum on the issue–its first national ballot question since 1975.

Why is the IRV movement gaining momentum now? The interest has to do with longstanding problems with current voting methods and a desire to save money, says Rob Richie, executive director and founder of FairVote, an organization that advocates for more representative democracy. Traditional runoffs can be expensive, cause campaign finance issues and result in low voter turnout in the second round of voting. And after the 2000 U.S. presidential election, when Democrats called then-Green Party candidate Ralph Nader a spoiler for allegedly taking votes away from Al Gore, voters saw the inherent flaws in having three or more parties competing in a system designed for two.

“We’ve seen elections where the person who gets the most choices doesn’t end up winning,” and that’s exactly the problem, Richie says. In fact, IRV’s ability to make more room for third-party candidates is the best thing about the system, he says.

“The fundamental transformational aspect of instant runoff voting is that it completely changes the dynamic of what it means to try to have multi-party politics,” Richie says. “It means that when you have small parties and independents who are … bucking the status quo, they can be considered for what they’re saying and be a part of the debate.”

That’s what’s happening in Oakland this year, as the city’s mayoral and city council elections employ IRV for the first time. The race for mayor is hotly contested, with former State Senator Don Perata and City Councilwomen Jean Quan and Rebecca Kaplan leading a pack of 13 candidates. But old electoral habits die hard: Even though the IRV system will take effect there in November–which in theory should allow a wider field of candidates and thus more debate–the Sierra Club and the Ella Baker Center for Human Rights stirred up controversy this summer by calling Perata, Quan and Kaplan the race’s only “viable” candidates and inviting only the trio to debate environmental issues.

Richie says the future of instant runoff voting in America has a lot to do with November’s elections. If IRV proves a political and financial boon in Oakland and other cities, the system could become the new electoral norm–and third-party candidates might finally be more than long-shots and spoilers.

Margaret Smith, a summer 2010 In These Times editorial intern, is a journalism student at Columbia College in Chicago.