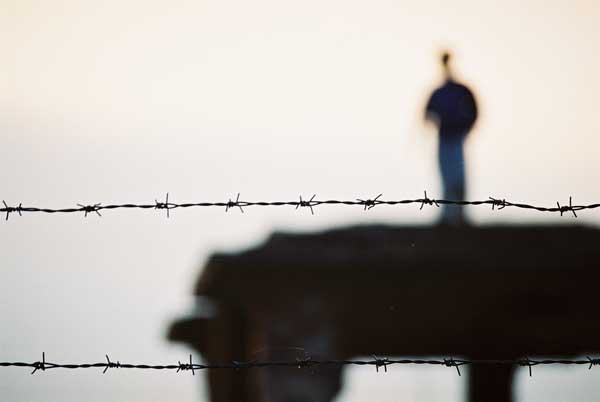 Nobody can know the census of innocent inmates. But Petro, among others, suggests the number reaches into the tens of thousands.

In the 2006 U.S. Supreme Court ruling Kansas v. March, Justice David Souter and Justice Antonin Scalia conducted a public debate within their opposing written opinions. Discussing the fates of death row prisoners, Souter opined that in such high stakes cases, innocent men and women are too often found guilty. The “unusually high incidence of false conviction” is probably caused by “the combined difficulty of investigating without help from the victim, intense pressure to get convictions in homicide cases, and the corresponding incentive for the guilty to free the innocent,” Souter wrote.

Scalia countered that wrongful convictions are rare in capital cases because they “are given especially close scrutiny at every level, which is why in most cases many years elapse before the sentence is executed.”

For 40 years, I have researched, written about and obsessed over wrongful convictions. Souter’s thinking–heavily reliant on the research of Samuel Gross, a University of Michigan law professor who has demonstrated that wrongful convictions are more prevalent than most law enforcement insiders understand–is spot-on. Scalia’s is misguided, informed by a judicial culture more interested in speedy convictions than thorough investigations.

The law enforcement personage who recognizes the problem of false convictions is a rare and refreshing breed–and often comes from unlikely corners of the political ring. Republican politician Jim Petro, experienced an epiphany during his term as Ohio attorney general that surprised him, his wife Nancy and many of his supporters. The epiphany? Petro realized that a significant number of prisoners who say they are innocent are indeed innocent. He realized that wrongful convictions occur in multiple Ohio county courthouses and in federal courts. He realized that the number of wrongful convictions can be minimized, and that police, prosecutors, judges and defense attorneys can perform their jobs better. His newfound cause was well suited to his law-and-order way of thinking–when wrongful convictions occur, the actual perpetrators (murderers, rapists, burglars, etc.) go unpunished, and often murder or rape or burglarize again.

In my years of research, I have heard only a few prosecutors acknowledge the breadth and depth of the problem. In his new book False Justice: Eight Myths That Convict the Innocent (January, Kaplan), Petro outdoes them all.

Most of the cases that raised red flags for Petro, and now benefit from his lawyering, are Ohio cases. Petro was especially gripped by the cases of Clarence Elkins, Michael Green and Roger Dean Gillispie, convicted felons whose exonerations in Ohio are completed or pending.

Petro and his wife, a business consultant, rely heavily on the Elkins, Green and Gillispie case studies in hope of dispelling eight “myths” about the criminal justice system:

•Everyone in prison claims innocence. Most inmates make no such claim because guilt is obvious. Lots of prisoners complain about police cutting corners or prosecutors offering overly harsh plea bargain terms, but rarely do they deny their crime completely.

•The American criminal justice system almost never convicts an innocent person. Nobody can know the census of innocent inmates. But hundreds of documented cases exist, and Petro, among others, suggests the number reaches into the tens of thousands.

•Only the guilty confess. False confessions show up in at least one quarter of documented wrongful convictions.

•Wrongful conviction is the result of innocent human error. Numerous cases have yielded evidence that police and prosecutors had reason to doubt the validity of the arrest, but made the arrest anyway.

•An eyewitness is the best testimony. Sometimes that is true, but numerous well-designed research studies suggest the odds of accurate eyewitness identification are no better than 50-50.

•Conviction errors get corrected on appeal. Appellate judges tend to side with the prosecution because finality is an overwhelming value within the court system.

•It dishonors the victim to question a conviction. In fact, many victims and their loved ones want the actual perpetrators to serve prison time.

•If the justice system has problems, the pros will fix them. In researching the more than 2,300 criminal justice jurisdictions across the United States, I have found that the pros almost never initiate the repairs. Instead, those repairs begin with innocence project advocates, journalists through their public investigations, law professors, and the rare state legislators and public officials willing to buck against the criminal justice establishment.

Any well-informed primer on wrongful convictions is welcome. Even better is a primer by somebody like Petro, who has the credentials to move reform proposals to center stage.