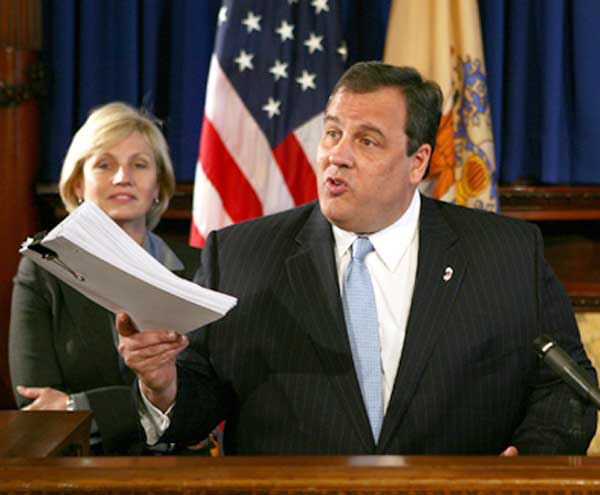 The Truth About Civil Servants

Want to get a disgruntled worker really mad? Just point to his arch enemy: the civil servant. You know, the shiftless paper-pusher fattened on our tax dollars.

This might sound harsh to those of us who still think the government has some useful functions. But bashing the government and its workers has become a favorite pastime for conservatives like New Jersey Governor Chris Christie, who has argued that public employees enjoy undeservedly lavish compensation while their private-sector counterparts grapple with shrinking paychecks. Why should struggling families’ tax dollars finance the bloated wages of bureaucrats?

An analysis of New England public employees by the Center for Economic Policy and Research and Political Economy Research Institute dispels the myth of the “spoiled” government worker. Researchers found that the region’s state and local workers are comparatively disadvantaged.  After accounting for variables like age and education, “state and local workers actually earn less, on average, than their private-sector counterparts.”

The study found that “the typical middle-wage worker earns about three percent less in state and local work, and the typical high-wage worker makes about 13 percent less than a similar private-sector worker.” The government workers do tend to have better benefits, like sick leave and health insurance. But the researchers explained, “benefits offered by state and local governments are roughly as generous as those offered by large firms in the private sector.”

Separate studies by the Economic Policy Institute have come to similar conclusions about public-private sector parity. In Gov. Christie’s state, “New Jersey public employees, both state and local government employees, are not overpaid, but neither are they under-compensated.”

More important than the direct comparison is the question of why the public sector is such an easy target for populist rage, rather than, say, billionaire CEOs who have barely been nicked by the recession. Perhaps buried in popular pro-market group-think is a stealth campaign against public-sector workers, and by extension, the country’s last substantial bastion of organized labor. Union workers currently make up about 37 percent of the government workforce, more than five times the private-sector unionization rate.

Writing in Governing, John Buntin argues that despite government employees’ reputation as spoiled rotten, the modest advantages enjoyed by public-sector workers are the product of a long labor-management struggle. Much of public-sector labor’s progress now risks being squandered in a flurry of budget cuts or an aggressive push toward privatization of public institutions.

Private-sector workers devastated by the recession might find catharsis in railing against their kid’s teacher or DMV clerk. But it’s all too easy to slip reflexively into anger at peers rather than question, on a structural level, what separates those who get their fair share from those who don’t.

A longer version of this article can be read at Working In These Times, this magazine’s workers’ rights blog.