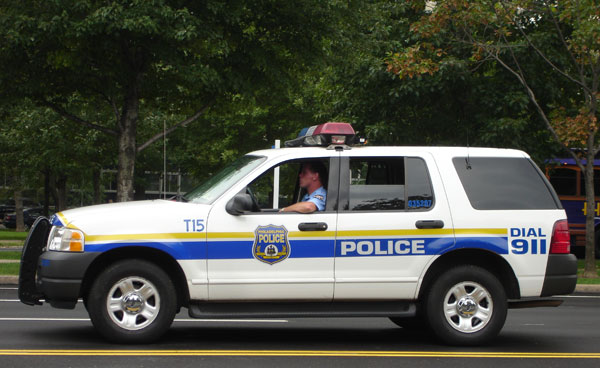 The Philadelphia Police Department is accused of misusing a controversial policy to conduct racially motivated stops of black and Latino men in the city. (Photo courtesy of Wikimedia Commons)

Eight men of color sue the City of Brotherly Love over its “stop-and-frisk” policy—the latest in a group of federal civil rights cases.

Stop-and-frisk is not a new policy in Philadelphia, nor is this the first time the city has been sued for its misapplication.

In early November, the American Civil Liberties Union (ACLU) joined a local law firm to file suit on behalf of eight plaintiffs, all men of color, who say the Philadelphia Police Department is misusing the policy to conduct racially motivated stops of black and Latino men in the city.

The plaintiffs in the current case include attorney Mahari Bailey, who says he was stopped and searched by police on four occasions between 2008 and 2010 for driving with tinted windows, a charge subsequently dropped. A Pennsylvania state representative who was handcuffed and detained for questioning the allegedly illegal stop of two of his elderly constituents is also part of the suit.

The class action is the latest in a handful of federal cases filed during the last three years that seek to chip away at the long-established practice known colloquially as “stop-and-frisk.” In 2008, the Center for Constitutional Rights (CCR) and New York ACLU filed separate lawsuits charging the New York Police Department with violating the civil rights of minority men through random stop-and-frisks. The plaintiff in the ACLU case reached a settlement with the city soon after the case was filed. The CCR case is pending.

A report released by CCR in October claims that 30 percent of all random stops in New York are unconstitutional, meaning they don’t meet minimum legal requirements spelled out by the U.S. Supreme Court in 1968 in Terry v. Ohio.Under the law, while it is permissible for an officer to conduct random pedestrian stops, to escalate to a frisk requires a “reasonable suspicion” that the suspect is carrying a weapon.

Stop-and-frisk is not a new policy in Philadelphia, nor is this the first time the city has been sued for its misapplication. On three separate occasions in the 1980s, federal courts ruled on the side of plaintiffs in civil cases charging the city’s police department with violating citizens’ constitutional rights against illegal search and seizure. In 1995, a department scandal involving gross civil rights violations of black and Latino suspects led the city to overturn hundreds of convictions; the lawsuit that followed temporarily resulted in systemic changes to the way police apply and record stop-and-frisks. A settlement mandated increased training, reporting and monitoring of pedestrian stops and required the city to assess compliance.

Paul Messing, who litigated that case and is working with the ACLU on the current one, says things were going well until the settlement lapsed in 2005 and oversight disintegrated. “You hope…procedures are put in place to prevent problems from recurring,” he says. “Well, that doesn’t always happen. This is a prime example of the need to be constantly vigilant.”

Messing says things only got worse when stop-and-frisk was ramped up by Mayor Michael Nutter, who came into office in 2008 on a promise to address the problem of illegal handguns on the street. A progress report issued in May of that year noted that pedestrian stops had risen 50 percent in three months. Civil rights and community groups have raised concerns with the Nutter administration about the policy since then.

“Mayor Nutter repeatedly promised that this policy would be carried out in a way that respected the Constitution,” says Mary Catherine Roper, a staff attorney with the ACLU of Pennsylvania, in a statement announcing the suit. “But instead of stopping people suspected of criminal activity, the police appear to be stopping people because of their race.”

The suit charges the city with failing to “properly train supervise and discipline officers with respect to constitutional standards.” The mayor’s office declined to comment on the specifics of the case, but in an e-mail Philadelphia City Solicitor Shelley Smith insisted that officers are properly instructed in the constitutional boundaries of their jobs.

Meanwhile, a new sweeping study of the impact of race on arrest rates suggests minorities are not just being stopped and detained in higher numbers–they’re also getting locked up. According to the study, slated for publication in the May 2011 issue of the journal Criminology, the chances of a minority suspect being arrested are 30 percent higher on average than a white suspect, even when controlling for such things as the suspect’s demeanor, the severity of the offense, the presence of witnesses, and the quantity and quality of evidence at the scene.

Put simply, being a person of color in the wrong place at the wrong time is, in itself, ground for harassment, detention and arrest in many U.S. jurisdictions.