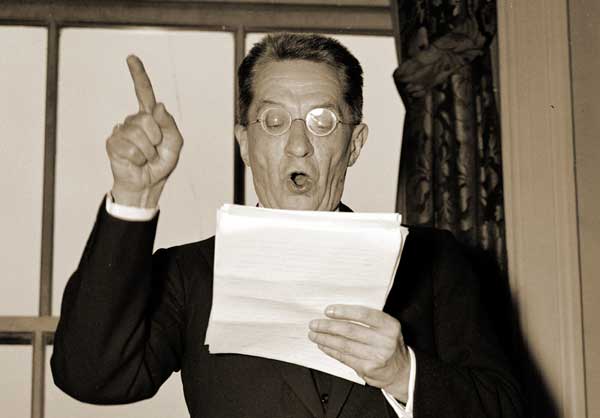 Reason Not the Need

I can't help wondering what Barclays bank CEO can 'need' all his money for. We're not allowed to ask: It might look like envy.

Peter Mandelson, the Mephistopheles of the now deposed Blair and Brown U.K. Labour governments, is famous for remarking that he was “intensely relaxed about people getting filthy rich” so long as they paid their taxes. We are often addressed as “taxpayers” these days, a tactic allowing us to be, simultaneously, put-upon victims and complicit in maneuvers to produce and sustain the grossest inequalities.

The one-time London boss of a large international bank was recalling on the radio the other day that 20 years ago he earned five times his secretary’s salary. The man filling that job now earns more than 500 times his secretary’s salary. A recent survey established that 74 percent of Britons regard themselves as middle-class and only 26 percent as working-class (a big drop). No one, apparently, is prepared to describe themselves as upper-class. So has one kind of equality been gained at the expense of another?

We all know now that a top-class footballer (not the very best, but one who plays for a top team) expects to earn in a week about six times the average annual U.K. salary. Such anomalies abound, and have been exacerbated by the recession. We’re enjoined to take them in stride because “we’re all in this together.”

Rummaging through Great Aunt Edith’s papers, I found a letter my father had written her in 1918, when he was 12:

I have thought out a scheme for people doing without money. People are always to receive enough to keep them vegitating (to vegitate they needn’t work); but to have luxuries and live, they must work. The right to have more than just enough to keep body and soul together, is the payment of labour. The value of the certificate varies according to the amount of work performed, and the certificates are used accordingly.

He and my great aunt admired Alexander Kerensky, the Russian socialist who was ousted as prime minister of the Duma after Vladimir Lenin’s election in late 1917. (Indeed, Edith had heard Kerensky lecture in London and wrote to her nephew that he had a mouth like a letterbox. She wondered whether the Russian language required mouths to be shaped like that one.)

Today, I am struck by the absence of “need” in discussions of pay and bonuses and taxes. My father grew up to be a pianist rather than an economist. Money, debt, even mortgages, terrified him all his life. But he knew something about having more or less than you “need.” I have just discovered that my Barclays deposit account paid me under 1 percent interest on the small amount I have sitting there; that same sum was taxed at 20 percent. I can’t help wondering what the big boss of Barclays, CEO Robert Diamond, can “need” all his money for (£43 million last year in salary and bonuses). We’re not allowed to ask: It might look like envy. Does he ever meditate on the discrepancy between his “need” for all that money and the “need” most of the world’s population knows all too well?

Will Hutton, a British writer on economics, was asked last year by the new Conservative-Liberal coalition government to “investigate the idea of capping senior executive public-sector pay at 20 times the lowest-paid person in any public body, but also to examine to what extent such a multiple could become a wider social norm.” He rejected that as an impossible brief (though he doesn’t explain why it is impossible, beyond assuring us that it would be “unfair”).

Instead, he has proposed a “revolution in transparency” and the introduction of fines and penalties as well as bonuses. Hutton’s report will no doubt be kicked into the long grass like most such reports, on the grounds that administering his scheme would require a vast monitoring paraphernalia, itself subject to penalties and bonuses of its own.

The Spirit Level, by Richard Wilkinson and Kate Pickett, makes a persuasive case for inequality being more detrimental to societies than poverty: eroding trust, increasing anxiety and illness, encouraging excessive consumption, and so on. There was a huge march through London some weeks ago, a mustering of discontents, more than a quarter of a million people brought together by their anger and doubt about the government’s cuts and its dismantling of the welfare state. I hobbled my way to Hyde Park to wave a flag for those forgotten things: equality and need.