Obama Administration Stands Up To the Bishops, Finally 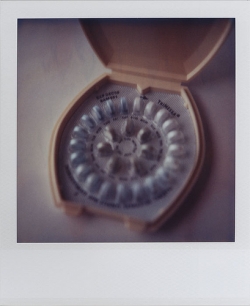 The existing exemption for churches will stand, but the feds will not expand the exemption to cover church-affilitated schools, hospitals, or universities.

Amanda Marcotte explains why the White House's willingness to stand up to the bishops is a big deal for women's rights and health:

This ruling is consistent with other federal law. The EEOC recognizes the right to have contraception covered in the same way other drugs are by insurance companies, and federal judges have upheld that decision. The problem is that the EEOC can't do anything unless it receives a complaint, and most women are unaware that they have rights, and even if they are aware, they fear retaliation from their employers if they push on this issue. The new regulations from the HHS have more teeth, which is why so many anti-choice groups were fighting them. Additionally, the new regulations require that contraception be offered with no co-pay. Sex-phobic employers could previously discourage contraception use by simply having high co-pays for contraception; that won't be possible any longer.

Many pro-choicers are breathing a sigh of relief at today's announcement. The administration raised serious questions about its commitment to women's health when it overruled the FDA's internal recommendation to make the emergency contraceptive Plan B available to women of all ages over the counter.

I'd like to think that the outrage from the president's pro-choice base helped to stiffen the administration's resolve on reproductive choice. The more cynical side of me wonders whether the Plan B ruling was an attempt to placate the bishops ahead of the contraceptive coverage ruling.

The most cynical explanation is that this is an empty gesture. The feds gave insurers an extra year to comply with the rule. Which, unfortunately, means an extra year for lawyers and lobbyists to figure how to get around it.

The Plan B decision was symbolically potent, and wrong, but the refusal to expand religious exceptions for birth control coverage is a much bigger deal, provided the feds are willing to see this through.

The administration has finally draw a line in the sand against religious pressure groups. It's about time.