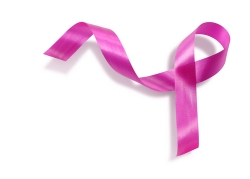 The Susan G. Komen Foundation has apologized for cutting off funding to Planned Parenthood for breast health programs. The Dallas Morning News is reporting that founder and CEO Nancy Brinker and the Susan G. Komen Board of Directors released an apology this morning.

The statement, reprinted in full on the DMN site and available on the Komen blog, begins, "We want to apologize to the American public for recent decisions that cast doubt upon our commitment to our mission of saving women's lives."

In the statement, Brinker and the board continue to insist--in bold, so it must be true--that their decision was not politically motivated. They insist that they were merely trying to honor their fiduciary duty by not giving money to organizations under investigation. If so, why apologize? Unless of course your understanding of your fiduciary duty is so clouded by anti-choice mythology that you have lost sight of your organization's interests.

Despite the official denial, three insiders with first-hand knowledge of Komen's deliberations told Jeff Goldberg of the Atlantic that the new rule was an excuse to cut off Planned Parenthood. They said Komen finally succumbed after years of pressure from anti-choicers.

The timeline fits the insiders' account. The rule was implemented after anti-choice Rep. Cliff Stearns (R-FL) launched his investigation and Planned Parenthood was the only grantee affected. (Stearns has been excoriated by his Democratic committee colleagues for using a frivolous investigation to harass Planned Parenthood as part of his ideological vendetta against the nation's leading women's health services provider.)

Komen's decision was even harder to justify on non-political grounds because nobody suggested that Planned Parenthood was misallocating Komen breast money for abortions. Komen claims to be absolutely scrupulous in monitoring its grantees' activity, so they would know if anything was amiss on the breast side.

Komen has promised to mend its ways, "We will amend the criteria to make clear that disqualifying investigations must be criminal and conclusive in nature and not political." That's a tacit admission that Stearns investigation was political. Using a nakedly political investigation as an excuse to cut off Planned Parenthood was itself a political decision. Komen's contrition won't change that.