Is Komen’s Apology a PR Gambit? 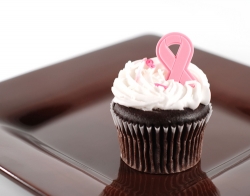 The Susan G. Komen Foundation, the nation's leading fundraiser for breast cancer-related causes, has issued an apology for cutting off Planned Parenthood. The statement is being hailed as a stunning victory for women's health and online activism.

Amid the jubilation, Angus Johnston of the blog Student Activism is warning against premature declarations of triumph. Komen has proven itself to be duplicitous, so skepticism is very much in order.

As Johnston observes, Komen promises to pay out Planned Parenthood's existing grants (which was never in doubt) and to restore the organization's eligibility to apply for future grants. It doesn't promise to give Planned Parenthood grants in the future.

That's all true. If we get complacent, Komen could quietly come up with some new excuse to shut out Planned Parenthood and the money would stop flowing just the same. Grants are never a sure thing. As any non-profit worker can tell you, getting a grant this year is no guarantee of getting funded next year.

However, as I noted in my last post, Komen also promised to "amend the criteria to make clear that disqualifying investigations must be criminal and conclusive in nature and not political." That's a tacit admission that the Stearns investigation that served as the pretext to debar Planned Parenthood was political and not a good faith exercise of the oversight powers of Congress. That's huge.

The real question is whether Komen will be held accountable for its decisions. The organization was trying to take the coward's way out by quietly disqualifying Planned Parenthood on a trumped up technicality. Komen failed spectacularly and tarnished its brand in the process. So, that's a victory.