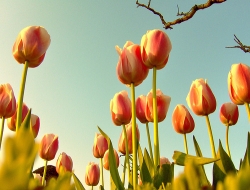 American home birthers are always bringing up home birth in the Netherlands as if it bolstered their claim that U.S. home birth is as safe as hospital birth.

Home birth is an integral part of the Dutch maternity care system. About a quarter of Dutch women give birth at home. The thing is, perinatal mortality,* the best measure of birth safety, is higher in the Netherlands than in most of Europe; and the Dutch perinatal death rate exceeds that of the United States.

Home birth advocates like to cite a Dutch study that found no difference in perinatal mortality for planned low-risk home births vs. planned low-risk hospital births. However, a more recent study found that babies born to low-risk moms at home were more likely to die perinatally than those born to much higher-risk moms in the hospital.

Still, home birth in the Netherlands is pretty safe in absolute terms, and many Dutch women cherish the opportunity to deliver at home. But Dutch data are not directly relevant to the U.S. home birth debate because every factor that makes the Netherlands a best-case-scenario for home birth is absent in America. Not only are Dutch midwives highly trained, they're fully integrated into a universal health care system and supported by a well-honed infrastructure for whisking laboring women to hospital if complications arise. About a third of Dutch women who attempt home birth ultimately transfer to hospital.

It's not like in the U.S. where, in a Catch-22, the midwives with the least training are most likely to preside over home births. Highly trained certified nurse midwives don't usually attend home births. Most home birth midwives are lay midwives (birth attendants with no formal training or certification) or direct entry midwives (non-nurses who may or may not have a Certified Professional Midwife credential). Dutch midwives aren't nurses, but they are highly trained health care professionals.

In the Netherlands, midwives take risk stratification seriously. If you have high blood pressure, or twins, or a really overdue baby, or a breech baby, or a previous C-section, you will not be delivering at home.

Whereas, the leading lights of the U.S. home birth movement are always yammering about how you can too have a home VBAC for your breech twins, and anyone who tells you different is a stooge for the C-section-crazed medical establishment.

Dutch midwives transfer their patients if they get into trouble. They have an incentive to do so because they practice in a health care system that holds them responsible. U.S. home birth midwives usually don't have hospital privileges. They are notorious for waiting 'til the last minute to transfer patients with complications, sometimes dumping them at the ER and fleeing, and leaving the OBs to clean up the mess.

U.S. home birthers like to stress that it's difficult to generalize about American home births because they're so diverse. That's a nice way of saying that the home birth scene in America is a complete fuckin' free-for-all. This is cause for trepidation, not complacency.

At least in the Netherlands they have good statistics on home birth outcomes because home birth is a pillar of the national health care system and therefore monitored like hospital birth. In the U.S. the stats are piecemeal.

In Colorado, one of the few states where licensed home birth midwives have to report their safety statistics, the perinatal death rate was an appalling 16.4/1000 vs. 6.3/1000 for the state as a whole. The gap is even more glaring when you consider that only the lowest-risk women are supposed to be delivering at home, whereas the state stats include high-risk patients. If that's the score in Colorado, where home birth midwives are licensed and regulated, imagine what it's like in states where home birth widwifery is unregulated or states where these services are offered on the black market.

Please note, I'm not against home birth. I'm against the facile mantra that home birth is as safe as hospital birth. I trust women to weigh the evidence in light of their values and make up their own minds.

Anyone who says that home birth in the U.S. is as safe as hospital birth and cites the Netherlands' example has refuted themselves.