Rolling Jubilee: How Does That Work? 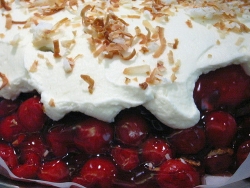 Rolling Jubilee is brilliant in its simplicity and arresting in its symbolism. RJ solicits online donations, buys up distressed debt for pennies on the dollar, and forgives it.

This model has captured the imagination of progressive activists. Some people are talking about Rolling Jubilee as if it could be a large-scale solution to consumer debt.

Doug Henwood offers a sympathetic reality check. He estimates that there's about $8.5 billion worth of delinquent credit card debt in the U.S. today. Even if that debt could be bought for pennies on the dollar, it wold still be very expensive in absolute terms.

But the real catch is that if Rolling Jubilee started buying up millions of dollars worth of credit card debt, the cost of that debt would rise with the new demand created by Rolling Jubilee.

A few back, it was all the rage for Christian charities in Africa to buy children out of slavery. Some astute missionary realized that the freedom of children could be bought for what seemed like a trifling sum to Westerners. So, churches raised money from the faithful and set out to free the child slaves.

The fatal flaw in this model was that the influx of American cash for child slaves drove up the price of children and encouraged slavers to capture more children. If Rolling Jubilee ever got off the ground in a big way, something similar would happen with credit card debt. The credit companies would make more predatory loans, and debt sellers would charge Rolling Jubilee more and more for the privilege of buying up the debt.

This is not to say that Rolling Jubilee is a bad thing. It's a powerful political tool because it encourages people to imagine a world in where the debt landscape is radically remade. It even gives them an easy way to take a symbolic step in that direction, a step that will be of real help to someone who's struggling right now. Jubilee organizers tell Henwood that they have trouble tracking down the people whose debts they've forgiven, which is too bad, because these stories would make dynamite PR.