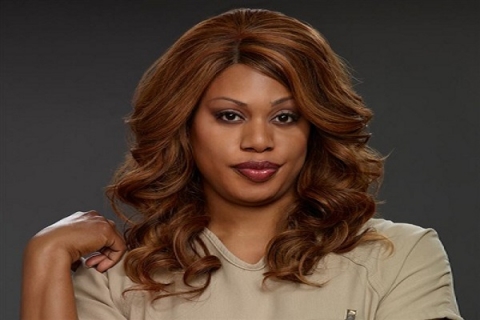 Orange Is The New Black has recently drawn attention to the struggle trans women face when they're denied the medical treatment they need.   (Netflix)

This week, the Associated Press ran a very sad story about women who are being maimed and killed by black market buttocks injections. The story portrayed these tragedies as byproducts of female vanity and ambition. The real story is probably much more complicated:

JACKSON, Miss. — Women across the U.S. are risking their lives for black market procedures to make their buttocks bigger, often involving home-improvement materials such as silicone injected by people with no medical training.

Some want to fill out a bikini or a pair of jeans. Others believe a bigger bottom will bring them work as music video models or adult entertainers. Whatever the reason, they are seeking cheaper alternatives to plastic surgery — sometimes with deadly or disfiguring results

Whoever else is getting butt injections, these treatments have long been popular with trans women seeking a more feminine appearance. Two years ago, Laura Rena Murray had a brilliant piece in the New York Times documenting the struggles of trans women in New York who turn to the black market, at great cost to their health, because they can’t afford proper medical assistance for gender transition. Maybe the AP reporter has uncovered a silicone injection subculture populated exclusively by cisgender women, but I have my doubts.

Several paragraphs in, the AP story mentions in passing that one of the women accused of performing these illegal injections was born a man, but it makes no attempt to put that fact in context.

Why is it important to talk about the transgender dimension of black market silicone injections? Because it puts the phenomenon in context. The AP story makes it sound like women are getting these procedures as purely cosmetic surgery. That narrative obscures the fact that some clients are resorting to dangerous black market injections because they can’t afford mainstream medicine for gender reassignment.

Laura Rena Murray’s report supplies the context that the AP report lacks. Many illegal pumpers are exploiting the desperation of their trans clients:

“Pumpers are preying on desperate people who are poor,” said Pauline Park, president of Queens Pride House, an organization that provides services to lesbian, gay and transgender people. “They’re basically killing people and profiting from it.”

The process of transitioning from one gender to another is a long and complicated one that can take years and cost tens of thousands of dollars in hormones and surgical procedures; it is hard enough for people who have the money to pay for it. The majority of transgender women don’t. They are either enrolled in Medicaid, which does not cover the transition process, or are uninsured, as Ms. Quispe was.

Dr. Radix has been treating transgender women since 1989, and at least a quarter of her patients have had silicone injected into their breasts, buttocks and faces, she said. Most believe the trade-off is worth the risk, she added, “for all the years that they had the body they want to have.” They also feel shut out of the medical establishment, a situation that heightens the appeal of pumpers. “If folks had access to medical care, they wouldn’t have to go for the silicone,” Dr. Radix said.

Treating illegal butt injections as some kind of inexplicable freak-show is both misogynistic and myopic. It reinforces the idea that women are frivolous and risk their lives purely for vanity. The erasure of trans clients also obscures our society’s complicity in this phenomenon. Trans women are resorting to black market injections because insurance won’t cover gender reassignment procedures.