5th Circuit Shutters up to a Third of Texas Abortion Clinics 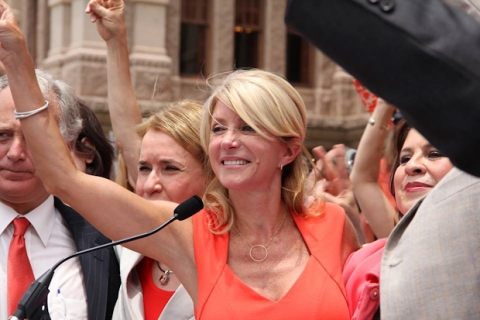 This morning, some Texas women with scheduled, legal abortions were told that their procedures could not take place because the U.S. 5th Circuit Court of Appeals ruled yesterday that doctors who perform abortions must have admitting privileges at hospitals with in 30 miles of their clinics. As many as 13 of 36 abortion clinics in Texas are unable to comply with the new law, and will have to stop performing abortions immediately. Researchers at the Texas Policy Evaluation Project testified that the hospital privileges provision would block over 20,000 women from accessing abortion care.

Earlier this week, U.S. District Court Judge Lee Yeakel ruled that the abortion privileges provision of the law was unconstitutional because there was no rational reason to require doctors to have hospital privileges in order to perform abortions and because this requirement imposed an unfair burden on women trying to exercise their right to an abortion. However, the 5th Circuit overruled Yeakel and decreed that the hospital privileges provision would remain in effect while the law is being challenged. Of course, it’s the 5th Circuit that’s going to be hearing the challenges, which makes it seem even more likely that the very conservative court will uphold HB 2. If so, the case could go all the way to the Supreme Court, if the Supreme Court chooses to hear it.

Judge Yeakel was right. The hospital privileges requirement has nothing to do with patient safety. Outpatient abortion care is extremely safe and patients rarely develop complications that need to be treated in a hospital. An early surgical abortion, by far the most common variant, can be completed in 5 minutes, under local anesthetic. If complications do arise, a woman can go to any emergency room, and she will get exactly the same care as if their doctor had admitting privileges.

Hospitals are not democracies. Some bar abortion providers simply because they are providers. Hospitals may impose other requirements which providers can’t possibly meet. The admitting privileges system is designed as quality control for doctors who work in those hospitals. So, hospitals may may require that a doctor perform a certain number of procedures in the hospital each year, procedures which may be unrelated to abortion, which leaves doctors with abortion-only practices out in the cold.

The 5th Circuit conceded that the hospital privileges requirement might make abortions more expensive and difficult to obtain, but found that this did not constitute an undue burden. What counts as an undue burden to obtaining an abortion these days? Could Texas ban abortions on Tuesdays and Thursdays? Could Texas make women crawl on their hands and knees to the examining table?