Why “Optimization” Is Not a Successful Agricultural Strategy 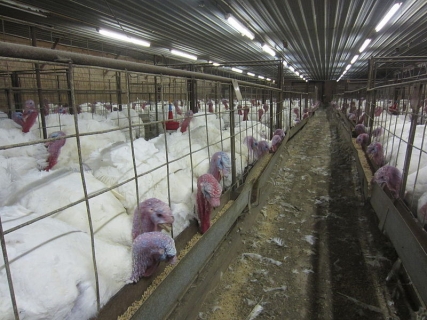 "Humans are great optimizers. We look at everything around us, whether a cow, a house, or a share portfolio and ask ourselves how we can manage it to get the best return." — Brian Walker and David Salt, "Resilience Thinking: Sustaining Ecosystems and People in a Changing World"

This is how we define success, whether you are a manufacturer, a retailer or a farmer. Furthermore, the most effective ways to achieve that goal are to “specialize” (diverse systems tend to require more supervision), “simplify management” (complex systems tend to be more difficult to control), and achieve “economies of scale” (larger systems are believed to always be more efficient). To succeed in our economic system, you also must determine which inputs will yield maximum outputs and how to externalize as many unintended costs as possible.

The term that is increasingly used to describe this “successful” business strategy is “optimization.” Recently the term has gone viral in agricultural literature.

This singular goal stems from two assumptions: a) that the natural resources and sinks in nature, required to sustain the inputs and externalize the wastes, always will be there; and b) that the control management required to achieve the goal always will be successful.

Resilience thinkers and ecological economists are among the contemporary thought leaders who have begun to question these assumptions.

Resilience thinkers see that our world is not stable but constantly goes through a series of complex adaptive cycles, and that disrupting surprises always are likely to happen. Consequently, in the interest of successful management, it makes sense to anticipate such changes and design systems that are more likely to be successful in such a complex world. As Walker and Salt write, if one assumes that “things will happen in much the same way tomorrow as they did yesterday,” then one is not likely to be a successful manager.

Ecological economists point out that unlimited natural resources and sinks on a limited planet are fictional. Consequently, we need to redesign our economic systems so that natural capital is not depleted faster than nature can restore it, and our wastes are no longer externalized faster than nature’s capacity to recycle them. In other words, if we truly want to be sustainable we need to move toward what Herman Daly termed a “steady state economy” in his 1996 book Beyond Growth: The Economics of Sustainable Development.

Likewise, resilience thinkers suggest that believing we can hold any system in a “sustainable optimal state” also is fiction. In fact the assumption that we can manage any system through “command and control” is a flawed belief, since it is simply not the way the world actually works. As they put it: “Yes, we can regulate portions of a system—and increase that portion’s return over the short run—but we can’t do this in isolation from the rest of the system. When some part is held constant, the system adapts around our changes, and frequently loses resilience in the process. While we can hold parts of the system in a certain condition, the broader system is beyond our command.” Farmers certainly have learned this lesson with respect to pest management in recent years.

All of this suggests that our preoccupation with “optimizing” current production arrangements cannot succeed indefinitely.

Furthermore, as resilience thinkers also point out, we humans are “great short-term optimizers” but we are “not so good over long-term timeframes.” We have convinced ourselves that somehow we are divorced from the system yet still in control, when, in fact, we are part of the system.

This observation points to a deeply entrenched “culture” problem, which we need to address if we truly are to achieve sustainability. As Walker and Salt write, “Resilience thinking is all about seeing the system—the social-ecological system that we’re all a part of—as one interlinked system.” This is the cultural problem that the great naturalist Aldo Leopold also referred to, when he reminded us that we are not the “conquerors” of the rest of the biotic community, we are simply “plain members and citizens.”

This approach infers that our path toward a sustainable future should not rely on “optimization” but rather on “adaptation.” How do we design our food and farming systems to adapt to the systemic changes in our future—changes in energy, water, land, climate, etc.—so that we can sustain the food and water resources needed to maintain the health of the biotic community (including humans). As Leopold wrote in his 1949 classic, A Sand County Almanac: And Sketches Here and There, “Health is the capacity of the land for self-renewal.” Enhancing that capacity remains our most important mission.

This article was originally published by the Leopold Center for Sustainable Agriculture  in the Fall 2014 issue of The Leopold Letter under the title “Is optimization the answer?”