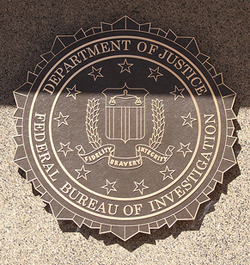 Gov. Scott Walker of Wisconsin and his Republican allies have been conducting themselves with contempt toward those opposing their policies.

This contempt includes an utter disregard not just for labor and Democratic legislators, but the vast majority of Wisconsin citizens, judging from polls about the right to a union voice for public workers and Walker’s 59 percent disapproval rating.

But an FBI raid on the Madison home of a former top Walker aide—who served him both during his term as Milwaukee County executive and as governor—may signal big trouble for the governor and might also diminish his "I'm-on-a-mission-from-God" zealotry.

The raid was the most dramatic step thus far in a “John Doe” investigation into whether Walker used his county staffers to campaign for governor on the taxpayers’ dime. The fact that Walker is a Tea Partier supposedly favoring the restricted use of tax dollars (except for corporate subsidies and contracts to cronies) makes the matter all the more interesting.

The Walker aide whose home was raided, Cynthia A. Archer, abruptly resigned a $124,000 post in August and went on leave. Another top aide, Thomas Nardelli, who had also followed Walker from county government as Walker’s chief of staff to a job at the State Capitol, quit his latest post in the administration just three days after accepting it.

These curious actions tend to suggest that they are coming under severe pressure from legal authorities to testify about the practices of Walker’s campaign for governor.

The raid on Archer's home coincides with a growing John Doe investigation in Milwaukee County, started last year after the disclosure that another Walker staffer at the county had posted political commentary on websites while on her job in the county executive's office.

As part of the investigation, authorities earlier seized the work computers of two former Walker staffers and executed a search warrant of one of their homes.

The central issue in scandals that rocked the Wisconsin State Capitol several years back was also the illegal use of staffers by legislators to work on their campaigns while being paid by the public. Then, it resulted in the resignations of a number of top Republican and Democratic legislators. Two of the Democrats received prison sentences.

Having seen the fate of former colleagues in the legislature where Walker once served, the governor is clearly taking the current legal threat very seriously:

The governor's campaign retained former U.S. Attorney Steven Biskupic after it received a subpoena for campaign emails shortly before last year's November election. His campaign has paid nearly $60,000 to Biskupic's firm, Michael Best & Friedrich, in the first half of the year.

Although the investigation of Walker’s campaign began last fall, with the wheels of justice grinding slowly, Walker managed a fairly comfortable victory over Democratic candidate Tom Barrett. But subsequent polling has suggested that Walker would lose if the two had a re-match.

With a little help from his friends…

Last fall, Walker dodged another bullet when the Greater Milwaukee Committee’s special panel overseeing the county budget withheld, until after the election, a devastating report on its financial condition under Walker’s leadership, raising the possibility of bankruptcy.

The issue dribbled out, but it failed to ignite as a central campaign issue. The panel of the GMC—one of the key ruling-class policy groups in Milwaukee—was chaired by Michael Grebe, who just happened to also chair Walker’s campaign committee. The delay and release of the report thus kept an important issue about Walker’s management pretty much off the table during the campaign.

But ironically, Walker's own incompetence could potentially set the stage for him to push a Michigan-style “financial martial law” takeover of Milwaukee government.

(Grebe is also president of the Journal Sentinel-worshiped but hardline-right-wing Bradley Foundation, which spent $1 million subsidizing the 1994 book The Bell Curve that posited African Americans and Latinos are intellectually deficient. The Bradley Foundation also funded the activities of the Project for a New American Century, which gathered many of the neo-conservative leaders [Cheney, Rumsfeld, Kristol, Wolfowitz, et al.] who successfully drove the US into war with Iraq. Based in Milwaukee, it is the best-funded right-wing foundation in the US.)

Having avoided serious questioning in the media about both his fiscal practices and the conduct of his campaign, Walker and his allies, as I noted recently, immediately began swinging a wrecking ball at the foundations of Wisconsin democracy.

Walker Inc. has been stripping workers of their union rights, attacking the voting rights of marginalized groups likely to vote Democratic, undermining public education as an institution seeking to ensure equal opportunity for all children and ramming through a blatantly partisan redistricting plan that will ensure Republican majorities in the State Legislature over the next decade.

To accomplish these anti-democratic measures, Walker and his loyal legions in the legislature have consistently relied upon grotesquely undemocratic methods. These tactics provoked State Rep. Mark Pocan to compare Walker’s Wisconsin to the farcical caricature of “democracy” prevailing in the former Soviet republics.

Pocan memorably dubbed the Walker-run Wisconsin as “Fitzwalkerstan,” naming it after the governor and the Fitzgerald brothers, Scott and Jeff, who are the leaders, respectively, of the State Senate and Assembly.

Just last week, a state worker was fired after sending an email urging fellow workers to inform the public that they are eligible for free photo IDs from the Department of Motor Vehicles—IDs needed for voting under Wisconsin’s highly restrictive new law.

The Walker Administration and the department had surely hoped to keep the availability of these free IDs low-key, so as to discourage low-income voters with the $28 fee they would otherwise be forced to pay for a voting ID.

Larsen denied the charge he had previous disciplinary infractions that the department claims justify the firing. But with public-employee unions blocked from operating effectively by Walker’s new law known as Act 10, it remains to be seen what recourse he will have.

However, we should recall that unions were built through the self-directed actions of workers who realized that their abuse would continue until they acted together to exert power in the workplace over management.

With the Walker Administration so intent on silencing workers’ voices and crushing dissenters, my bet is that Scott Walker is escalating a fight with precisely the wrong set of working people.