Is OSHA Getting Tougher? For 2nd Time Ever, Federal Agency Pushes Company-Wide Settlement 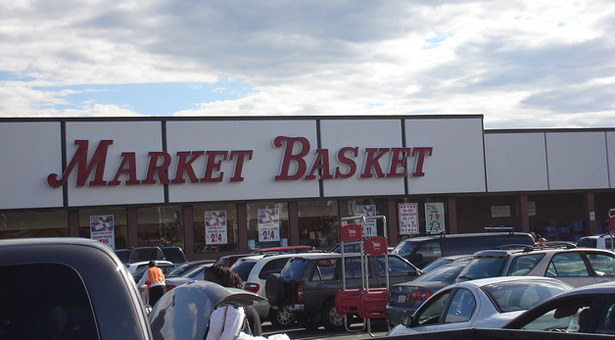 WASHINGTON, D.C.—When the Occupational Health and Safety Administration (OSHA) cites a company for workplace safety violations, it usually tells it to fix the problems at the specific location where the violation was discovered. But in an unusual—and for safety advocates, promising—move, the Department of Labor (DOL) agency is pushing for "enterprise-wide" changes as part of a violation settlement.

Last week, for the second time in OSHA history, the Labor Department told the agency to force more than 60 locations of a New England-based grocery chain to comply with federal standards protecting workers from falls and lacerations.

On Wednesday, DOL’s regional solicitor in Boston filed a complaint against the Demoulas Super Markets grocery chain, also known as Market Basket. OSHA inspections of a handful of the company's facilities revealed company-wide “fall hazards from unguarded, open-sided work and storage areas." Inspections of a number of facilities also found that the company “allegedly failed to protect employees in produce, deli, and bakery department against laceration hazards from knives and cutting instruments," according to this report. Employees at two Market Basket locations sustained at least 40 hand lacerations between 2008 and 2011.

The only other time DOL and OSHA have attempted to settle safety citations through an "enterprise-wide" solution was last year, when the government told the USPS to fix persistent electrical safety problems found at hundreds of postal locations. The Obama administration is the first administration to seek enterprise-relief for safety violations, according to OSHA Spokesman Ted Fitzgerald.

"Worker safety is not optional, and it cannot be addressed in a piecemeal fashion. It must be addressed across the board," said Assistant Secretary of Labor for OSHA David Michaels, in a statement on the Demoulas grocery chain case. "This employer has the responsibility to safeguard all its employees at all its locations, something it has failed to do."

It's unclear how often OSHA will seek “enterprise-wide” fixes to problems in the future.

“Determination was made that this would be the appropriate course of action ... to address a hazard that is corporate-wide," Fitzgerald said. “I don’t know if we are going to be doing it in more approaches to case. The Department will utilize legal tools in the appropriate circumstances when we feel there is a situation where enterprise-wide relief is required."