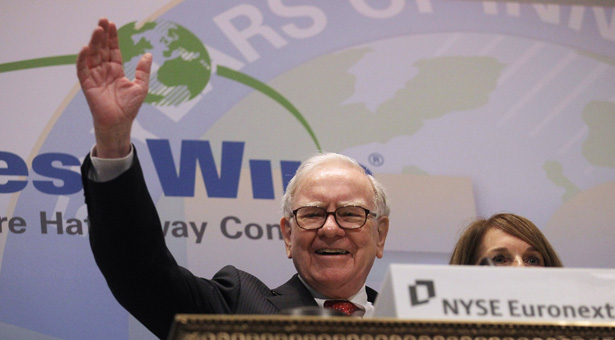 Earlier this month, a company owned by Warren Buffet's Berkshire Hathaway—Shaw Industries Group Inc.—admitted to violating Canadian law by shipping flooring made by U.S. prison labor into Canada. But a prison industry expert tells In These Times that the company may have also broken American law by not clearly labeling its goods as partly deriving from prison labor.

American prisoners currently help Georgia-based Shaw Industries produce wood flooring that appears "time worn" and is sold under its Anderson Flooring brand. While prisoners have traditionally only produced items like state-issued license plates and equipment for governments, many states are now expanding the use of prison labor to produce goods for sale in public markets through a federal program called Prison Industries Certification Enhancement Program (PICEP). There are currently about 200 "factories" in U.S. prisons certified through PICEP that manufacture goods sold on the general market. (Multiple certified "factories" can be located in the same prison.)

The use of prison labor has grown dramatically as the prison population has expanded by 290 percent since 1980. One in 100 American adults are now in prison. According to one study by Noah Zatz at UCLA Law, "well over 600,000, and probably close to a million inmates are working full-time in jails and prisons throughout the United States” (These prisoners in some cases produce goods for as little as 23 cents an hour.

Earlier this month, Shaw Industries wrote in a letter to customers that it "recently learned that our importing into Canada of goods that are manufactured utilizing prison labor is prohibited by Canadian law." After 15 years of selling prison-made goods in Canada, the company said it only learned of the problem recently and notified distributors of its product that it would stop sending prison-made goods into Canada.

The fact that Shaw Industries employs prisoners didn't come as a surprise to others in its industry. Last October Wu Shengfu, director of marketing for the China National Forest Products Industry Association, criticized the use of prison labor by companies like Shaw Industries. U.S. laws bar foreign companies from shipping prison-made goods into the United States. In a Wall Street Journal story, Shengfu was quoted as saying, "We should not apply one standard to China and another to the U.S.”

But prison industry expert Bob Sloan says Shaw Industries may have also violated U.S. law by not clearly labeling its goods. (Full disclosure: Last year I worked with Sloan for a Nation story relating to the prison industry.) Under the Ashurst-Sumners Act, it is illegal to ship goods across state lines if those goods are not clearly marked with “the names and addresses of shipper and consignee, the nature of the contents, and the name and location of the penal or reformatory institution where produced.”

"One provision PICEP participants are required to follow is that ‘all prison made products should be clearly labeled’” Sloan says. “So obviously, if they shipped products for that long and it was caught by an internal audit, they weren't in compliance with federally required labeling requirements."

Shaw Industries did not respond to requests for comment on the allegation that it broke U.S. law.

The ability of Warren Buffet’s company to ship prison-made goods into Canada without being noticed underlines a problem of the lack of regulation in the growing U.S. prison industries system. In 1995, oversight of the federal prison industries certification program PICEP was transferred from the Department of Justice’s Bureau of Justice Assistance to the National Correctional Industries Association (NCIA), a private trade organization made up of the heads of various prison industries throughout the United States.

According to Sloan, the regulation of prison industries by a trade association representing those industries has led to regulatory self-abuse, with inmates routinely not even making the  legally required prevailing wage.

“NCIA is made up of a membership comprised of individuals and administrators representing thirty-seven state prison industries, companies that supply raw materials to them and, companies using inmate labor for manufacturing," Sloan says. "They serve as the policy and technical assistance arm for the program, and as such they conduct initial and continued compliance with PIECP requirements, investigate all complaints and determine changes in policy to this federal program. With a board consisting of top state prison industry officials controlling oversight and policy, there is virtually no government oversight of the program. The ‘Fox guarding the hen house’ scenario is an apt description of this government/private association partnership.”

The fact that Warren Buffet’s company was able to violate Canadian law—and possibly American law—for nearly 15 years without being caught does not exactly inspire confidence in the current prison labor regulatory system. As more and more U.S. companies turn to prison to find cheap labor, regulation enforcement will become more important to prevent exploitation and protecting the livelihoods of US workers.