Wal-Mart Warehouse Workers Move Ahead in Fight for Justice 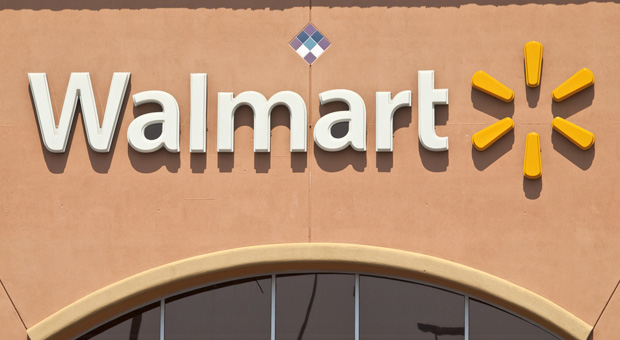 Warehouse workers from Wal-Mart distribution centers in metropolitan Chicago and southern California took two big steps this week toward enforcing laws on working conditions and wages, fighting retaliatory firings, and ultimately forcing Wal-Mart to live up to its responsibilities as an employer.

Working through Warehouse Workers for Justice, workers at the Elwood, Il, distibution center—reputedly Wal-Mart's largest with 3 million square feet of space—filed suit against Eclipse Advantage and Schneider Logistics for firing roughly 65 workers on December 29. In November, some of these workers had sued the two companies for violating state and federal wage and hour laws, such as not paying a minimum wage or premium pay for overtime in many cases.

The new amendment to that suit filed on February 1 claims that Schneider and Eclipse as "joint employers" failed to give the required 60-day notice of a mass layoff required by the federal WARN Act.

Although Wal-Mart owns the building, according to WWJ organizer Mark Meinster, Schneider contracts to operate the warehouse and sub-contracts with staffing agencies like Eclipse to provide part of the workforce, and Eclipse or other firms may further subcontract for supply of labor. Beyond trying to maximize its flexibility, "it's a shell game to avoid responsibility," Meinster says.

Previous lawsuits aided by WWJ at the Elwood plant targeted the immediate employer, such as Eclipse, but the current legal action insists that Schneider exerted direct and indirect management of Eclipse workers, who at times worked side by side with employees hired directly by Schneider.

"Today we are saying that Wal-Mart has to take responsibility for labor in its supply chain," Meinster said, as WWJ filed its new claim under WARN. "Wal-Mart benefits from these workers' labor, and it's Wal-mart that can ultimately fix the problem and pay these workers what they're owed."

On the same day that the Chicago-area workers took action, federal district court judge Christina Snyder announced a ruling in a similar case in California that strengthens warehouse workers' cause. Snyder issued an injunction prohibiting Schneider Logistics and three staffing sub-contractors from firing workers as planned later this month in what the workers and their organization, Warehouse Workers United, claim is retaliation.

In October, shortly after the state Division of Labor Standards Enforcement found massive recordkeeping violations at Wal-Mart's Mira Loma warehouse, workers filed a class action suit for injunctive relief and damages. Then, following a meeting in which witnessess said a supervisor told workers they would be "destroyed" if they supported the suit, one of the subcontractors announced it was ending its contract and would lay off all its workforce.

The judge's injunction, which treated the workers' testimony as credible, laid out reasons why she thought the  plaintiff workers would prevail in court with their arguments that they worked for joint employers, that they were fired in retaliation for their actions on workplace violations, and that they suffered risk of irreparable harm if dismissed.

"This decision is a great victory for workers," said WWU organizer Guadalupe Palma. "They will retain their jobs. But the problem is the industry itself. This is just a first step."

The other steps will take continued nerve and solidarity. "The moment anyone puts his hand up to complain," WWU attorney Janet Herold said, "they're fired or disciplined." But Daniel Lopez, a warehouse worker for Wal-Mart in Mira Loma, Calif., has a strong moral motive for acting. "If something is wrong, it's not right to stay quiet."

It's a sentiment echoed in Elwood. Ill, by Terrance Smith: "There's such a thing as justice, and we're seeking it."