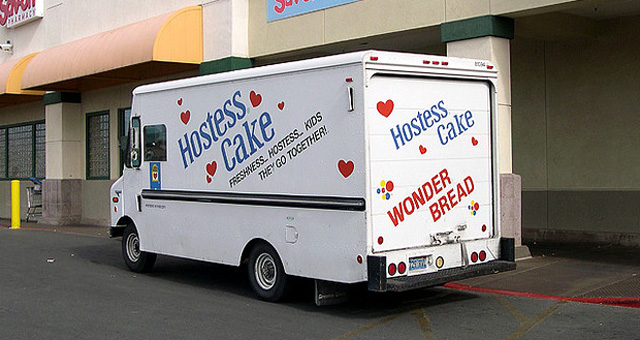 The risks are high in a trial that began this week pitting top corporate managers at Hostess Brands against the unionized workers who have produced and distributed its cakes, breads and snack foods for decades.

Hostess – maker of well-known products like Twinkies and Wonder Bread – wants bankruptcy court approval to cancel its labor contracts with several unions, most notably the Teamsters. If successful in eliminating the contracts, a strike could well ensue that threatens to kill off the company and eliminate as many as 15,000 union jobs.

Hostess has been spoiling for this fight for months, according to court documents and comments by union leaders. In January, it filed a Chapter 11 petition in federal court and immediately sought to invoke the notorious Section 1113 provision of the bankruptcy code, which would allow Hostess to unilaterally cancel its collective bargaining agreements. Soon after the filing, it was revealed that Hostess had anticipated a labor fight six months earlier by unilaterally ceasing to make any more cash contributions to union pension plans.

After some delays and fitful negotiations with its unions, the Section 1113 trial opened yesterday (April 17) in the federal bankruotcy court in White Plains, N.Y., and is expected to last two to three days, according to Hostess spokesman Erik Halvorson.

There is little indication of when Judge Robert Drain will issue his ruling, or how damaging it might be to the unions, said a spokeswoman for Bakery, Confectionery, Tobacco Workers and Grain Millers union (BCTGM), another labor organization with a lot at risk in the trial. Spokeswoman Corrina Christensen said the bakers union – which represents more than 5,000 Hostess production workers at 36 bakeries spread out across the country – is not making any comments about the case until the situation becomes clearer.

The Teamsters, by contrast, have been making a lot of public comments about the case. The union set up a special Hostess page on its website, where it has issued a steady stream of statements attacking Hostess officials, and demanding a fair negotiation of contract changes free from judicial coercion. It also reported on a vote by some 7,500 Teamster members at Hostess authorizing a strike against the company.

Ken Hall, a Teamster leader who is second only to President Jim Hoffa in the union hierarchy, has not tried to minimize the potential consequences of a strike. One result of a prolonged strike could be the final financial collapse of Hostess, and the consequent loss of all the Teamster jobs, he has indicated.  By the same token, Hostess lawyers have argued in bankruptcy court that it must have deep union concessions to repair the company and avoid liquidation.

Despite the threats of a strike, Hall has also made continued appeals to Hostess to negotiate an out-of-court settlement that would include some concessions. The latest of such offer came early this week but was not acceptable to Hostess, Teamsters representatives said.

Also at risk are the members of several other unions and the non-unionized employees of the company. Hostess’ third-largest labor group is the Retail, Wholesale and Department Store Union (RWDSU), an independent affiliate of the United Food & Commercial Workers. Hostess estimates that it currently employs a total of about 15,000 unionized workers, and another 3,500 individuals not represented by any union. All stand to lose their jobs in a court-ordered liquidation.

Watching developments closely are pension experts from all sectors of organized labor. One of Hostess’ key demands is that it be relieved of large debts to the pension funds for members of Teamsters and the bakers union. A decision by Judge Drain to allow Hostess off the hook for these debts would be seen as a blow to the health of union pension funds elsewhere.

Josh Shapiro, deputy executive director of the National Coordinating Committee for Multi-Employer Plans (NCCMP), said that his group is very concerned about the case. NCCMP has filed documents with Judge Drain decrying the use of Section 1113 Shapiro said. Any court decision that would encourage corporations to abandon their union pension plans could have broader destructive effects on workers, Shapiro said.