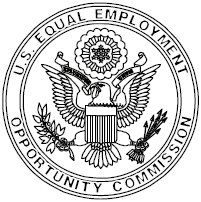 Last week the Equal Employment Opportunity Commission released major decisions regarding the rights of two groups of workers that face frequent discrimination. On Monday, the EEOC delivered an opinion finding that Title VII of the 1964 Civil Rights Act, which bans “sex discrimination” in employment, applies to discrimination against transgender workers. On Wednesday, the EEOC approved a new set of guidelines restricting employers’ use of past criminal convictions to disqualify job applicants. Both decisions parallel, and could impact, legislative efforts already underway.

The EEOC was created by the Civil Rights Act and enforces that landmark legislation's workplace discrimination protections. Its five commissioners are appointed by the president for five-year terms.

The EEOC’s new transgender precedent came in the case of Mia Macy, a transgender woman who says she had, as a man, applied for and been promised a job with the Department of Alcohol, Tobacco, and Firearms. When she attempted to take the job after her transition, she was told it had been given to someone else. After ATF’s Office of Equal Opportunity responded to Macy’s discrimination claim by asserting that anti-transgender discrimination was not covered by federal law, she appealed to the EEOC.

Macy's lawyer argued that Title VII’s ban on sex discrimination applied to discrimination for being transgender. The EEOC agreed, and sent the case back to ATF with the instruction that it evaluate the case in that light. That’s in line with the steady—but by no means unanimous—trend of lower court rulings, notes Jennifer Pizer, the Legal Director of the Williams Institute at University of California Los Angeles. Pizer, a former Lambda Legal Senior Counsel, says the decision is “very significant,” because it “establishes a national understanding that discrimination in a workplace because of a person’s gender identity or expression is a form of gender discrimination.”

In an interview with Metro Weekly, Macy described the EEOC opinion as “one more piece in the puzzle of equality.”

“This isn’t discrimination because a person is male or because a person is female,” says Pizer. “It’s a subset of that discrimination against a person based on how they are male or how they are female, or whether their gender seems to be ambiguous, or whether the way they are and the way they live is consistent with what other people they should do based on what their gender appears to be.”

Pizer notes that courts used to often rule against sex discrimination claims by transgender workers on the grounds that “Congress did not have this in mind” in 1964.  But more recently, judges have increasingly recognized that the protection covers “the range of ways a person might be treated differently because of their sex…If a person was qualified to the job as a man, and isn’t qualified to do it as a woman, or vice versa, that’s sex discrimination.”

Williams say there’s no good estimate of what proportion of transgender workers are known to be transgender by their employers. Some employers find out for the first time when a employee undergoes a gender transition, or when management reviews a worker’s health insurance information for an unrelated reason. When that happens, says Pizer, “a hostile reaction” is “sadly common.”

Pizer says the EEOC’s logic would also apply to some, but not all, cases of discrimination against non-heterosexual workers: it would apply to a non-transgender lesbian woman, for example, who was treated differently because of a perceived failure to conform to “feminine” norms.

But it would not protect the same woman if she was being treated differently specifically for having, or wanting, same-sex relationships. Pizer acknowledges that’s an “odd line,” and one that could be exploited by employers. A minority of states have their own laws banning workplace discrimination based on sexual orientation.

The Employment Non-Discrimination Act, a bill to ban discrimination based on sexual orientation or gender identity, has been repeatedly introduced in Congress, though it's drawn less attention than fights over marriage equality. In a November press conference following the announcement of his retirement, Congressman and ENDA sponsor Barney Frank named resistance to transgender protections as one of the reasons the bill has not yet passed.

Pizer says the EEOC’s ruling, which leaves transgender workers with stronger federal protections than other LGBT workers, doesn’t lessen the urgency of passing a broad ENDA, but has the potential to dull some of the opposition.

“What we’ve seen in some states,” says Pizer, “is that when courts and administrative bodies recognize that a kind of discrimination is covered by existing law, then sometimes legislators find it that much more straightforward, if you will, to codify that understanding into a statute.”

In a Wednesday vote, the EEOC approved a revised set of guidelines for employers regarding the use of criminal background checks in hiring. Advocates hailed the move in a Thursday conference call with reporters.

National Employment Law Project Executive Director Christine Owens said it “was really well past time” for new guidelines, given that the “terrain…had shifted so dramatically” since 1987, when the EEOC first formally recognized the “disparate impact” of such restrictions on African-Americans and Latinos.

In the 25 years since, notes Owens, the pre-employment background check industry has exploded, and the use of such checks has spread from a bare majority of the economy in 1996 to over 90 percent today. NELP has estimated that up to 65 million U.S. adults face potential job restrictions due to past offenses, including 1 in 17 white men, 1 in 7 hispanic men, and 1 in 3 black men.

Compared to its ruling recognizing anti-transgender discrimination as a form of sex discrimination, EEOC law on pre-employment background checks remains less clear: The EEOC warns that such practices can have a potentially illegal—discriminatory effect, but doesn’t consider them inherently to be a form of racial discrimination under Title VII.

Sharon Dietrich, a managing attorney for Community Legal Services of Philadelphia, says the EEOC’s move Wednesday “is not groundbreaking, but it is extremely important.” Dietrich highlighted the change in three areas. First, the EEOC is providing illustrative examples for employers of practices now likely to run afoul of the law, including firing already-hired employees purely on the basis of background checks, or automatically disqualifying all employees with criminal records in an online application. Second, it offers guidelines for how to stay within the law. Third, it advises employers to inform potential employees when ex-offender status is being weighed against them, and provides guidelines for consideration of extenuating circumstances.

Dietrich notes that private-sector employers aren’t the only ones that have been found to use background checks in a manner inconsistent with the Civil Rights Act. She says the EEOC’s new guidance means that “legislators at the state and local level cannot enact over-broad state and local laws that restrict the employment of former offenders.”

In Pennsylvania, Dietrich’s organization successfully brought suit against a state law that imposed imposed a lifetime ban on the hiring of people with a wide range of former offenses by facilities assisting senior citizens.  “Anything that is a lifetime ban,” she says, “pretty clearly is in violation of EEOC’s policies, and is of really questionable legal merit.” Meanwhile, some cities have gone farther than the EEOC, passing “Ban the Box” legislation that forbids some employers from asking about criminal background on initial employment applications.

Owens and Dietrich were joined on the call by Elsie Sacarello Quiles, who says she was fired after three days working for a new school district.

“At the time,” says Sacarello, “I didn’t even remember what the charges were.” She later realized she had lost her job over a nearly four-decade-old “disorderly conduct” arrest. “I was very humiliated. I was very much ashamed, for something occurred 38 years ago, out of my ignorance as an 18-year-old…I’m pretty much at a standstill right now.”