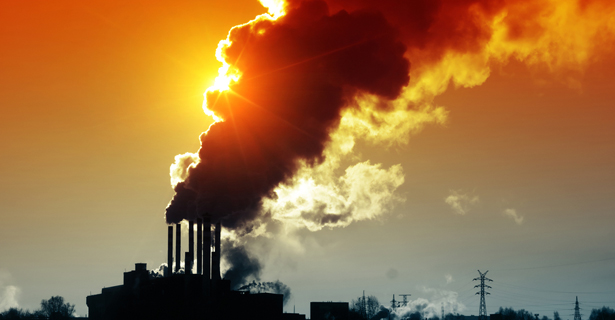 From birth control pills to equal pay, women are a favorite target in the country’s most heated political wars. But a much quieter struggle is being waged over women's bodies in their neighborhoods and workplaces, where a minefield of pollutants threaten working mothers and their children.

According to new research from the the National Birth Defects Prevention Study, working pregnant women who are exposed on the job to toxins known as polycyclic aromatic hydrocarbons (PAHs) are more likely to have children with gastroschisis, a rare birth defect in which the intestines stick out from the baby's body, generally requiring surgical repair.

The study, summarized by Environmental Health News, reveals a distinct link between women’s occupational exposure and the prevalence of the defect: "mothers who were exposed to PAHs had 1.5 times the risk of having a baby with gastroschisis compared to women who were not exposed to PAHs at work."

While this is a rare defect, the troubling context of these findings is the prevalence of PAH pollution in women’s workplaces. The researchers noted, “assessing workplace exposure to PAHs is important because ‘more than 95 percent of employed women in the United States remain employed during pregnancy’ and ‘an increasing number of women are being exposed in their jobs to chemicals that can harm the fetus.’” The researchers especially noted exposures among women working as “cashiers in fast food restaurants.”

PAH’s are an ubiquitous byproduct of everyday combustible materials like oil and coal. Studies have linked the contamination they cause when burned and churned into the atmosphere with health problems that can shape a kid's entire upbringing, ranging from developmental disabilities to childhood obesity.

A separate study on women in New York City linked prenatal PAH exposure to behavioral issues that could pose a lifelong burden. Researchers with the Columbia Center for Children's Environmental Health at Columbia University's Mailman School of Public Health found a connection between a pregnant woman’s exposure to PAH-laden air and the chances that her child will by age 6 or 7 show mental health symptoms such as anxiety or attention problems. These long-term behavioral patterns, the researchers wrote, “suggest an adverse impact of prenatal PAH exposure... that could impact cognitive development and ability to learn.”

The ramifications of toxic childhood environments are a global issue. A 2010 study on women in Krakow, Poland, revealed similar impacts of PAH exposure in the womb, with a significant effect on intelligence tests at age 5.

The recent Columbia study, which focused on New York City women of black and Dominican descent, noted that "Urban, minority populations in the U.S. often have disproportionate exposure to air pollution." According to ABC News, the investigators also accounted for other issues associated with the stresses and hazards urban life--like exposure to secondhand smoke and the mother’s mental health (“demoralization” was one potential factor)--which can also shape children’s development.

Much of this environnmental research focuses on everyday exposures, not work-related pollution specifically. But in unhealthy workplaces, there's a unique convergence of economic, gender and environmental injustice. The economic and ecological abuses looming over working-class women on the job each day may pose crippling costs for the whole family.

Urban environmental justice advocates recognize that workplace protections, especially for working moms and women of childbearing age, are critical for community health. Cecil Corbin-Mark, deputy director of the Harlem-based environmental group WE ACT, says, “It's a good thing to avoid creating a dynamic where a worker has to choose between their health and their livelihood. It's like forcing someone to choose between either having a heart or having lungs.”

Dr. Shanna Swan, a professor of Preventive Medicine at Mount Sinai School of Medicine, says more research is needed on the intersection between workplace health and the everyday exposures that encircle expecting mothers in struggling communities:

This is an important and understudied area, especially since exposures are usually far higher in the occupational setting than those to which the general public is exposed, and because the period of fetal development is the most sensitive window; developmental damage during this time is irreversible. We have just begun to recognize that this may be a sensitive window, not only the developing fetus, but for the pregnant woman herself, since she is subject to the stress of pregnancy, workplace stress and likely the added stress of low socioeconomic status. All of these may contribute to adverse development for the fetus and challenges to the woman's own health.

The right rallies to defend the sanctity of “the unborn” while vilifying women for trying to exercise reproductive choices in response to socioeconomic realities. This is the same kind of rhetoric that assaults environmental regulation, healthcare programs, and labor protections that alleviate gender inequity. So the ideology that claims to honor life actually militates against the right to a healthy childhood and safe community. Women’s bodies carry the burden of this hypocrisy, and the next generation will bear the fruits of the injustice.