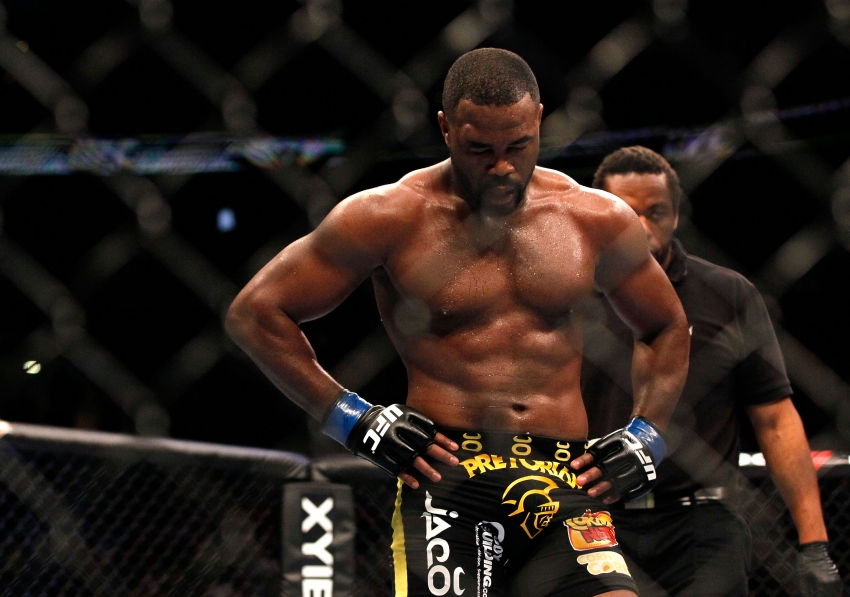 In their battle to unionize 12,000 Station Casinos workers, UNITE HERE's Culinary Union Local 226 has found an unusual target: the United States Marine Corps. Local 226 is targeting the Marine Corps over their $2.1 million sponsorship deal of the Ultimate Fighting Championship (UFC).

UNITE HERE accuses the USMC of sponsoring a sport whose athletes, commentators, and owners have repeatedly made offensive remarks regarding violence against gays and women. At a recent UFC press coverage, one fighter told another, "I'm going to put my hands on you worse than that dude did on those kids at Penn State," eliciting laughs from the crowd.  The fighter was never punished for these remarks and the UFC refuses to punish fighters for their often sexist, homophobic comments. In a sign of how common such remarks are within the sport, UFC President Dana White said of one female reporter in a video, “Whoever gave that you quote is a fucking pussy and a fucking faggot.”

“We believe that the UFC contributes to a culture of violence against women, and lesbian, gay, and bisexual and transgender (LGBT) people. Children, in particular, should not be exposed to the homophobic, misogynistic and violent language that has been permitted by the UFC,” National Center on Domestic and Sexual Violence Executive Director Deborah Tucker wrote in a January letter asking New York not to lift its ban on the sport.

UNITE HERE also claims the UFC treats its workers poorly. The UFC does not fine its fighters for sexist or homophobic remarks in part because they are employed as independent contractors. Despite that status, the UFC is still able to exert a large amount of control over them through their contracts. Fighters are often forced to sign over the rights of their likeness and image to the UFC in perpetuity. UFC fighters' contracts also contain a  “championship clause,” similar to the “reserve clause” that baseball players struck down in the 1970s, that allows UFC to extend a fighter's contract indefinitely.

UFC’s parent company is Zuffa LLC, which is majority-owned by brothers Lorenzo and Frank Fertitta. The Fertitta brothers also are part owners of Station Casinos and UNITE HERE members claim that by subsidizing UFC, the Marine Corps is also subsidizing union busting.

“This is really about values, the values of Fertitta brothers,” says former Marine Jim Dupont, who is now the Food Services Director of UNITE HERE. “They treat their workers bad, they treat women bad and they treat other people bad. They are all about money and it’s not about people. It’s not the value of the Marine Corps that they try to instill in people. The Marine Corps should not be funding this kind of stuff. They are sending a real bad message that it’s okay to do some of these horrible things.”

Dupont claims that the treatment of women and gays by UFC fighters and management is an extension of how the Fertilla Brothers also abusively treat their workers at Station Casinos. With about 15,000 workers, Station Casinos is the third largest private employer in the Las Vegas area and 100% anti-union. For the last two years, Local 226 has been attempting to organize 12,000 union-eligible workers at Station Casinos and get the company to agree to a card-check recognition process as opposed to a traditional NLRB union election. It hasn't been easy. Two NLRB judges found Station Casinos guilty of breaking federal labor law 88 times, which according to Chris Serres, a research analyst at Local 226, “would make it the worst violator of labor law in Nevada gaming history.”

The anti-union campaign has disproportionately focused on attacking Latino workers. While according to Station Casinos, only 26% of its workforce is Latino, nearly 80% of the 88 violations of federal labor law occurred against Latino workers. Station Casinos so far has fired 10 workers for union organizing, eight of whom are Latino. (Three of those workers have been rehired after being ordered to by the NLRB).

Last Thursday, a group of about 50 UNITE HERE members gathered outside a Marine Corps barracks in Washington, D.C., to protest.

“I am here [protesting] because of what the Marine Corps taught me about courage, honesty and integrity being the bedrock of what makes a Marine a Marine,” said Ryan Hand, a former Corporal of the Marine Corps and member of UNITE HERE New England Joint Board Local 406 in Saco, Maine. “The UFC and several of its fighters have conducted themselves in less than a credible manner. So I think that it’s contradictory for the Marine Corps to promote themselves with the UFC given the nature of UFC’s behavior. The Fertilla Brothers that own Station Casinos also are using the UFC money to fight any attempt for a union to organize at their casino. The Marine Corps is in effect supporting the union-busting of the Fertilla Brothers.”

United States Marine Corps spokesman Major John Caldwell said in a statement, “The issues articulated in the petition regarding inappropriate conduct, alleged or substantiated, by a handful of UFC competitors are an area of concern that has been addressed with the UFC. We are monitoring the issue and continuously evaluate the effectiveness of our advertising and lead generation partnerships. If corrective action is not implemented, we reserve the option to respond accordingly.”

Despite the refusal of the Marine Corps to drop its sponsorship of UFC, UNITE HERE says it will push on with its campaign. UNITE HERE had hopes that an amendment by Reps. Jack Kingston (R-Ga.) and Betty McCollum (D-Minn.) to the Fiscal Year 2013 Defense Appropriations Bill that would have prohibited the military from sponsoring professional sports might pass, but the House voted it down today 212-206.