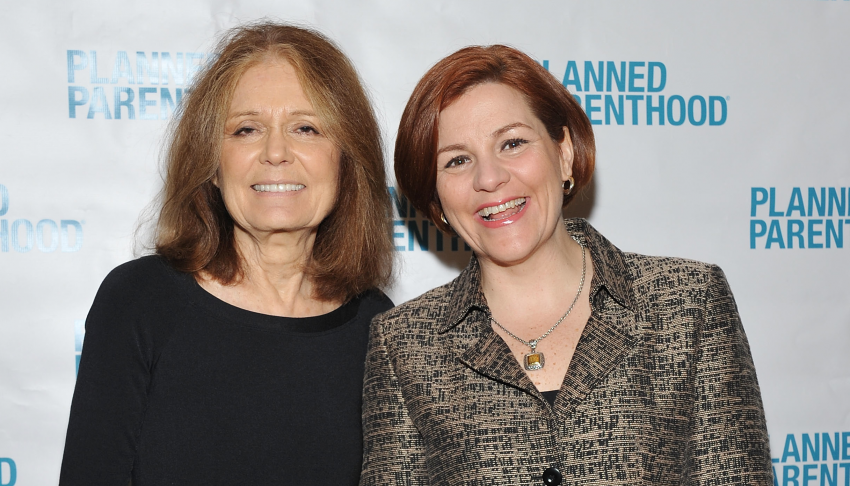 NEW YORK CITY—Flanked by a hundred-some supporters at a press conference on Wednesday, labor leaders and feminist activists announced a new initiative to push a longtime goal: passage of a citywide paid-sick-leave mandate.  Wednesday’s event, held at noon on the steps of City Hall, marked supporters’ latest effort to move City Council Speaker Christine Quinn, who will decide the bill’s fate.  It comes amid increased organized labor support for similar campaigns around the country—including a recently announced effort in Portland.

All eyes are on Quinn because the law is already backed by a large enough majority of the council to pass and override a promised veto by Mayor Michael Bloomberg. The question is whether Quinn will allow the bill to come up for a vote. As I’ve reported for Working In These Times, paid sick leave poses a crucial test for Quinn, a former liberal activist now viewed as the candidate of the city’s business establishment, and Bloomberg’s heir apparent.

Rev. Jennifer Kottler opened the rally with a prayer asking, “Oh holy one…please temper [Quinn’s] strength with compassion and justice so that she is moved to do the right thing…Give her the courage to do what is right.” Rhonda Nelson, the Chair of the United Food and Commercial Workers (UFCW) International Women’s Network, said that Speaker Quinn “has been a champion for women who work in supermarkets across this great city. … Today we ask her to continue to fight for fairness for supermarket workers and the thousands of other workers in this great city who need paid-sick-leave legislation.”

In 2010, Quinn stymied a stronger paid-sick-leave bill by preventing a vote. At the time, Quinn said she supported the goal but had to “help small business stay alive in a fragile economy.” By winter, Quinn will have to disappoint a constituency whose support she’s counting on in next year’s election: either liberals or the business lobby.

In an e-mail to The New York Times this week, Quinn maintained her opposition. Echoing her past comments, Quinn said that she supported the goal, but “with the current state of the economy and so many businesses struggling to stay alive, I do not believe it would be wise to implement this policy, in this way, at this time.” Quinn also wrote, “I stand by the commitment I made more than a year ago—to continue to meet and discuss the legislation, in the context of the evolving economy, with council leaders” and supporters. Quinn’s comments came in the Times’ report on a letter from 200 prominent women calling for the speaker to allow a vote.  Signatories included current and former New York politicians, union leaders and feminist icon Gloria Steinem.

“I challenge these celebrities,” Manhattan Chamber of Commerce President Nancy Ploeger told Crain’s New York Business. “What do these women really know about running a small business and what the costs of this bill will be?”

The Times noted that Steinem had introduced Quinn at a fall fundraiser, but reported that in an e-mail to the paper, “Steinem said that before she gave her support to Ms. Quinn, she had told her that it was conditional on Ms. Quinn’s bringing the paid-sick-day bill to a vote.” Steinem told the Times that Quinn had told her that “discussions were under way about the size of businesses to be covered.”

“Everyday people want to see that they can both care for their families and keep their jobs,” says Carol Joyner, the national policy director for the Labor Project for Working Families.  By not calling the vote, she notes, “Chris Quinn is standing between a healthy workforce…and the will of the people.”

In 2007, San Francisco became the first U.S. city to pass a law requiring most employers to provide paid sick leave to employees. As I’ve reported, paid sick days laws have since passed citywide in San Francisco, Seattle, and Washington, DC, and statewide in Connecticut. A ballot initiative failed in Denver. Philadelphia Mayor Nutter vetoed a paid sick days bill but subsequently allowed a narrower one covering city contractors and subsidized companies to pass. Milwaukee passed a law, but it was over-ridden by a state law signed by Governor Scott Walker. Louisiana Governor Bobby Jindal similarly signed a law preemptively barring cities from mandating paid sick leave. Along with New York City, campaigns are underway for bills covering Orange County, the state of Massachusetts and now the city of Portland.

Joyner says that what last year was “a group of different campaigns” is now “becoming a movement. There have been some wins along the win, some losses – losses we have learned from. There’s a growing momentum.”

“Over the last year the engagement of labor has been ratcheted up,” Joyner adds. “Some of the larger international unions have been paying closer attention to the issue…we’ve seen a dramatic increase in unions getting involved in this issue on a state and a local level.”

Joyner also cites the prominent role of labor leaders, including AFL-CIO Secretary-Treasurer Liz Shuler and SEIU International President Mary Kay Henry, at a national paid sick leave summit this month. She says that “real heavy-hitters who always have been supportive” are now “speaking up publicly and saying these are issues that the labor movement has to take on, so that everyone can have a minimum standard.”

“Most of the hard-working men and women that we represent get paid sick leave as part of their negotiated contracts,” SEIU District 1199 Secretary-Treasurer Maria Castaneda told the crowd Wednesday. “But we believe that workers deserve a paid day off to care for their self or their loved one, without the risk of losing wages or being terminated. Paid sick days should be a basic workplace standard for all New Yorkers.” UFCW’s Nelson also noted that most of her union’s members have paid sick leave, but said, “All these other employers that do not provide paid sick days are trying to drag the responsible employers and their workers down into the gutter, where profit matters more than fairness.”

Paid sick leave has also become a focus for some chapters of Working America, the AFL-CIO affiliate for non-union workers. Tara Murphy, a senior member coordinator in Portland, says that Working America canvassers have collected 2,000 letters to the city’s mayor and city council calling for a bill.

“Working families are saying to our organizers that this something that they really need right now,” Murphy says. The coalition backing a bill includes several local unions and the state Working Families Party. According to Murphy, organizers had originally hoped to push for an August vote, but may need to wait until just after the November election. “We’re hoping to get this done sooner rather than later,” she adds. “People really can’t wait any longer.”