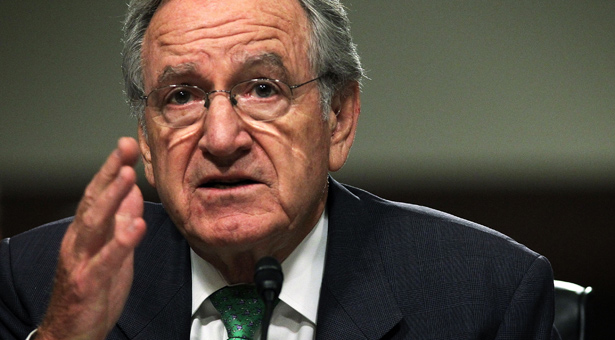 Cutbacks in public technical school and university programs have created new opportunities for for-profit colleges, which have skillfully used public money to churn displaced workers and other students through their machinery, leaving them worse off than before, according to the findings of a two-year investigation of 30 for-profit colleges released this week by Sen. Tom Harkin (D-Iowa).

The report from Harkin, chair of the Senate’s Health, Education, Labor, and Pensions (HELP) Committee, confirms what Michael Rosen, president of American Federation of Teachers (AFT) Local 212 at Milwaukee Area Technical College, has been witnessing in recent years. Laid-off workers desperate for a new career, Iraq and Afghanistan war veterans hoping to re-start their lives, and recent high school graduates have all been frustrated by long waiting lines for programs at public technical schools and universities. Rosen has been a passionate critic of public technical-college cutbacks, the distortion of technical education as it falls under increasing corporate influence, and the growth of for-profit colleges like the University of Phoenix, Kaplan and others.

“The losers are students who are paying four to five times as much for a public education, but wind up with an inferior education that doesn’t help them in today’s job market,” Rosen says. “In this economy, we are seeing layoffs in every occupation—whether flight attendants or factory workers—so the number of people looking for training has increased, but the funding for technical schools has decreased. This leaves some people out [unable to find the program they want in public institutions], and these people are preyed upon by for-profit colleges.”

And Rosen notes it's not only the students who are losing out, but also U.S. taxpayers. “The for-profit schools get over $32 billion or 80% of their revenue from federal funds via student loans and grants,” Rosen says. “They cash in on up to 25% of federal financial aid, but account for just 13% of college students.”

The HELP report makes for a thorough indictment of the for–profit college industry, which has expanded exponentially over the last few years. Enrollment more than tripled from 1998 to 2008 to about 2.4 million students. Fully three-quarters are enrolled at colleges owned by huge publicly traded companies with a mission of maximizing profit. Increasingly, private equity firms are buying into the industry.

FEDERAL FUNDING THE FOUNT OF PROFITS: Over 80% of the for-profit colleges’ revenue comes from taxpayers. Since veterans’ benefits do not count against a 90% ceiling on federal funding, veterans have become a target for for-profit college recruiters.

PROFITS EXCEED INSTRUCTIONAL COSTS: “Among the 30 companies, an average of 22.4 percent of revenue went to marketing and recruiting, 19.4 percent to profits and 17.7 percent to instruction," reported Tamar Lewin in an excellent New York Times piece on the report.

FIND ‘EM AND FORGET ‘EM: The for-profit schools also have an extraordinarily miserable record in retaining and educating their students: “the majority of students they enroll leave without a degree, half of those within four months," Lewin wrote.

And recruiting practices—until some recent reforms—stressed enlisting students without regard to their suitability for the schools, with recruiters formerly paid on a “piecework”-style basis for each student they recruited, Rosen points out. The 30 for-profits studied have roughly a 9-1 ratio between recruiters and support staff to assist the students in planning their careers.

“Enrolling students,” wrote Lewin, “and getting their federal financial aid is the heart of the business, and in 2010, the report found, the colleges studied had a total of 32,496 recruiters, compared with 3,512 career-services staff members.”

Meanwhile, according to the AFT's Rosen, the quality of teaching in the for-profits is generally abominably low.

“For students in medical fields like nursing, they don’t work under an instructor and actually have direct patient contact,” says Rosen. “The education is just in the classroom environment, and even there, they don’t even have the proper equipment. For the relatively small percentage of students who manage to graduate from for-profit schools, they discover soon that their degree is generally not taken seriously by prospective employers.”

ULTRA-COSTLY FOR STUDENTS: The report found that associate-degree and certificate programs at for-profit colleges averaged about four times the cost of those at community colleges and public universities.

“And tuition decisions seem to be driven more by profit-seeking than instructional costs,” Lewin wrote. An internal memo from the finance director of a Kaplan nursing program in Sacramento, for example, recommended an 8 percent increase in fees, saying that “with the new pricing, we can lose two students and still make the same profit.”

The students who drop out are left to make loan payments without having gained any credentials. It is not surprising, then, that former students of for-profit schools account for 45% of college loan delinquencies.

Despite the overwhelming evidence amassed by the investigation, Republican members of the HELP Committee claimed that the study showed antipathy to the sacrosanct “free market” (as if an industry that gets more than 80% of its funding is part of the “free market”!). They also objected to the inclusion of some testimony and documents damaging to the industry. As Lewin noted:

The Republicans on the Senate committee criticized the Democrats’ investigation for including testimony from Steve Eisman, the hedge fund manager who was one of the first to compare for-profit colleges to the subprime mortgage industry; for making public the internal company documents that the committee gathered; for refusing to broaden the investigation to include abuses by nonprofit colleges; and for being what they said was a hostile partisan effort.

The Republicans’ unwillingness to confront the industry's corruption—enabled by the clear misuse of taxpayer dollars—is more testimony to the GOP’s slavish servitude to corporate donors and lobbyists. But the for-profit schools’ loyal protectors have been drawn from both parties. As David Halperin pointed out,

There is stalemate in Washington on holding this industry accountable, because the big money that it spends on lobbying, lawyering, and campaign contributions has bought the allegiance of many congressional Republicans and Democrats and has thwarted federal regulations.

And so, for the forseeable future, the for-profit schools' hustle will continue to squeeze earnings out of America’s most vulnerable citizens—displaced workers, recently discharged veterans, and naive high school graduates—with an assist from U.S. taxpayers.