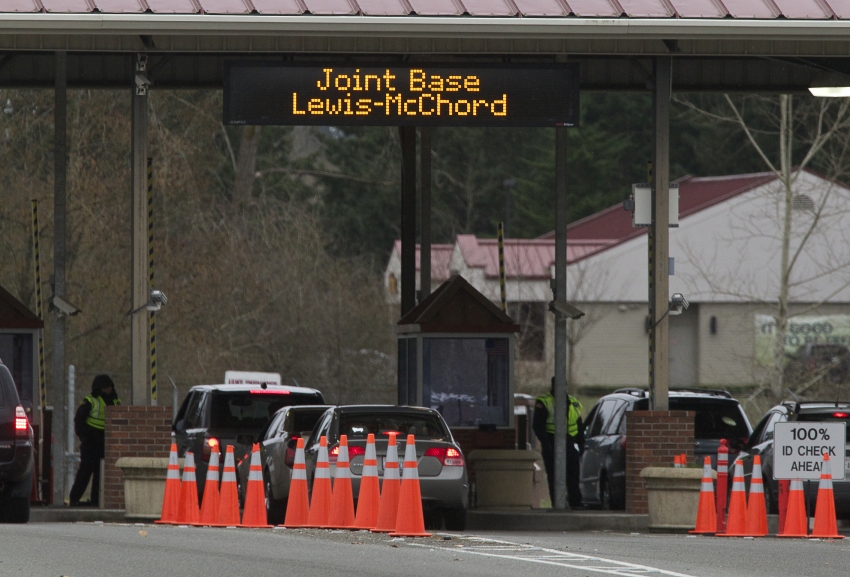 In 2010, the military newspaper Stars and Stripes labeled Fort Lewis-McChord, a joint Army and Air Force base in Washington state, “the most troubled base in the military” due to its inability to treat post-traumatic stress disorder (PTSD) or address mental health problems. Fort Lewis-McChord has one of the highest suicide rates of army bases across the country, and last year had the highest number of total suicides with 16. It was where Sergeant Robert Bales was stationed right before he was shipped to Afghanistan and massacred 16 Afghan civilians--including nine children--last March. And it was where the soldiers who formed a "kill team" that murdered civilians in Afghanistan in 2010 had previously been stationed.

The murders of Afghan civilians and high rates of suicide among the soldiers stationed there are believed to stem from the failure of Lewis-McChord's doctors to adequately treat mental health problems. In the past five years, approximately 300 soldiers saw their PTSD diagnoses reversed by doctors at the base. The Army is currently investigating whether doctors at Lewis-McChord reversed the diagnoses in order to save money.

Now, a Working In These Times investigation has found that workers assigned to help families suffering from the effects of PTSD have been told to close cases on suicidal patients in order to save money, haven't been paid on time and have been forced to attend anti-union meetings that they claim the contractor, Strategic Resources Inc. (SRI), has billed to the federal government, in violation of federal law. (In July, an In These Times expose on union busting at Fort Lewis-McChord spurred a federal investigation into whether General Dynamics was illegally using government dollars to engage in union-busting.)

Kevin Cummings, an organizer with the International Association of Machinists (IAM), has been attempting to unionize mental health counselors employed by SRI at Lewis-McChord for the past several months. Counselors at the base tell Working In These Times they often have been told to close cases early in order to save money and to lie to federal investigators about how much the contractor was reimbursing them for driving expenditures. They also report being met with illegal threats and intimidation when they tried to unionize.

“[SRI] had no idea really what victim advocates do," says Kara Karlson, a former counselor with SRI’s Victim Advocacy group. "It’s just completely about money-making. When we were hired on, they didn't send us any training materials. I got a company handbook that was only eight pages long. They would do whatever they could to save a penny for themselves and hang you out to dry.”

“There was a lot of pressure to close cases quickly even if we didn't feel like we should close them," says another counselor who works in SRI's New Parents Support Program, and who requested anonymity out of fear of being fired. "I had a friend who was working with a family that had a suicidal teenager and was told to back away from the family. She refused to back away. They wanted other services to take on the risk of dealing with someone who is suicidal.”

“[Workers] are directed to keep a certain number of cases open and keep a certain number of cases closed," says IAM's Cummings. "The lead will tell them, 'You have too many cases open, close that one.' They are telling them to close cases on people on suicide watch. If [SRI] need [to hire] additional bodies, they need to get them. Maybe the contract needs to be opened to help them hire additional people.”

In addition to finding it difficult to provide proper treatment, counselors in SRI’s New Parent Support Program and its Victim Advocacy Group say their pay was cut by as much as 25 percent when SRI took over their contract three years ago.

Most federal contractors must abide by the Service Contract Act, which mandates that workers be paid the prevailing wage for the job in the region. However, workers at SRI, many of whom have master's degrees, allege the company misclassified them as less skilled employees. As a result, they make only $27.50 per hour, instead of the $36.05 per hour that would be mandated under the Service Contract Act's provisions if they were classified properly. The workers hope that if the Department of Labor reviews their contract, it will find that their work falls under the better-paying classification.

In addition, SRI has refused to pay workers overtime, claiming that they are exempt under the Fair Labor Standards Act, according to Cummings. However, he says that isn't actually the case.

"Read the act," Cummings says. "It says they are not exempt if their work is preventive or investigatory in nature. The VA [Victim Advocates] Group absolutely meets those criteria, [and] the NPSP [New Parents Support Program] seems to as well. NPSP has to provide me a full breakdown of their duties, but the job description and service contract for them indicate they should not be exempt either."

Workers at SRI say that to keep them from joining together to demand higher wages, the company instituted a rule prohibiting them from talking to each other about their wages. Such a rule would violate the National Labor Relations Act, which allows workers to discuss their wages.

Along with the low pay and unpaid overtime, workers claim the company routinely delays compensating them for the gas mileage that they accrue when driving to meet families in crisis or victims of crime or abuse. “We would spend $250 a month on gas sometimes and have to wait up to five months to get paid,“ says one worker with New Parent Support Program, who requested anonymity out of fear of losing her job.

When workers informed the Department of Labor about the delays, the department sent an investigator to examine the complaints. That prompted an SRI manager to tell workers to lie about their gas mileage, according to one worker. The worker cites a May 12, 2012, conference call in which the manager instructed workers to redo their forms and change key information, such as the number of miles that they had driven.

Finally, after seeing another group of SRI workers employed as IAM-unionized truck drivers picket Fort Lewis-McChord over their greivances, counselors in SRI's New Parent Support Program and Victim Advocacy Group decided to organize with IAM. SRI responded with behavior that the union claims was illegal.

According to email exchanges and conversations with the workers, in July, the nine women employed as counselors in SRI’s Victim Advocacy Group say they were forced to attend a meeting in which an outside consultant warned them about the dangers of joining a union. In August, 14 counselors with the New Parent Support Program were also forced to attend meetings in which the same consultant spoke out against unionizing.

In both instances, workers claim they were forced to bill the time attending the meetings to the federal government. President Barack Obama's Executive Order 13494, which went into effect last December, prohibits federal contractors from being reimbursed for the cost of their anti-union activity. (In an interesting side note, SRI Presdient Rose McElrath- Slade and her husband Cleveland Slade were major donors to Obama, giving a combined $100,000 to his inauguration fund in 2008.)

“The workers were mandated to attend the meetings, then directed to charge as though they were working on their normal jobs,” says Cummings. “Our money is not supposed to be used for this. Our money is supposed to support our rights, not deny them.”

The command of Fort Lewis-McChord did not respond to multiple requests for comment.

In an email to Working In These Times, an SRI spokesperson wrote, "Your inquiry is the first we have heard of this. SRI strives to comply with all applicable laws/regulations and to honor our commitments to our customer, the federal government. We have different levels of review for timesheets for accuracy. Any error identified is corrected to ensure compliance."

On July 31, the nine counselors of SRI’s Victim Advocacy Group voted to join IAM. The 14 in the New Parent Support Program are still in unionization talks with IAM, despite being forced to attend the anti-union meetings that they claim were billed as regular work to the federal government.

“There is a problem when they are using taxpayer money to deny taxpayers their basic rights,” says Cummings. “If they want to talk their employees out of unionization, that's fine, but don't send taxpayers the bills on it.”