A Bill to Make Employers Less Mean to Pregnant Women 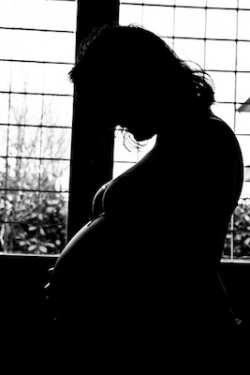 Whatever Our political conflicts, we can generally agree that we should treat pregnant women nicely. We don't hesitate to help them carry their groceries or give them a seat on the bus. Yet when pregnancy comes up as a political issue, lawmakers are far more fixated on what an expecting mom's womb is doing, rather than her hands--as she slips the check under your plate and hopes for a decent tip--or her mind--as she loses sleep wondering whether she’ll lose her job as her due date nears.

Under current law, it's easy for bosses to mistreat pregnant women or force them off the job. Yet the men who run Congress are too busy sponsoring anti-abortion bills and slashing social programs, it seems, to protect pregnant women in the workplace. One of the many labor bills left off the congressional radar is the Pregnant Workers Fairness Act, (PWFA) which would help prevent pregnant women from being arbitrarily fired and make employers better accommodate them.