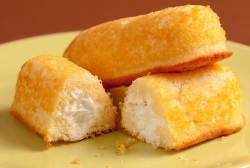 A bankruptcy judge turned the screws even tighter on workers at Hostess Brands last week, giving corporate managers the right to unilaterally cut wages and benefits for the thousands of men and women who make the Twinkies, Wonder Bread and other baked goods that have made the company famous.

Judge Robert Drain of the U.S. Bankruptcy Court in White Plains, N.Y., handed down his sentence against the workers on October 4. His action was intended to force other unions to follow the lead of the Teamsters union, which reluctantly acquiesced to draconian contract cuts at Hostess last month.

The decision endangers the livelihoods of thousands of workers at Hostess, including about 5,000 members of Bakery, Confectionery, Tobacco Workers and Grain Millers International Union (BCTGM), some 200 members of the International Association of Machinists (IAM), and smaller groups of workers represented by four other unions.

BCTGM members are being indirectly punished for a rank-and-file vote last month in which they rejected a draconian contract offer that would eliminate jobs, cut wages, slash benefits and end pensions. BCTGM President Frank Hurt announced in mid-September that 92 percent of union members had voted against the offer in local union meetings held across the country.

“Our members reviewed the analysis of this company’s business plan provided by a highly respected financial analyst retained by the company which showed the plan had little or no chance of succeeding in saving the business but would provide the investors with a windfall. Our members know that this is a company that is controlled by Wall Street private equity and hedge fund firms, whose sole objective is to maximize their own returns, not rebuild the company for the long haul,” Hurt stated.

Hurt’s statement reiterated alarms he has been raising for months that the Hostess bankruptcy is a sham. Rather than a serious effort to repair the company’s crippled finances, the plan is nothing more than an a scheme to crush the unions, shed millions in pension debt, and then sell off the company to new owners, Hurt charges.

Key to such a plan will be whether Judge Drain agrees to release Hostess from more than $100 million in debts owed to a long list of pension plans, especially the plans for members of BCTGM locals and units of the Teamsters. With about 7,500 members at Hostess, the Teamsters are the company’s largest single union, closely followed by BCTGM. (Hostess said it had a total of 18,500 union and non-union employees at the time it filed for bankruptcy, but that number appears to have dropped since then.)

The company’s corporate managers succeeded in getting the Teamsters to agree to concessions, including pension cuts. On September 14, a rank-and-file vote approved a new contract for Teamster workers that was very similar to the one rejected by BCTGM. Posed as a choice between accepting a terrible contract or losing their jobs entirely, Teamster members voted 2,357 to 2,043 to accept the new contract, according to a statement from union headquarters.

Under that contract, 10 to 15 percent of Teamster jobs will be eliminated, all wages will be cut by 8 percent, health care costs to workers will rise sharply, and no further pension contributions will be made until at least 2015. The terms do not require Hostess to resume pension contributions in 2015, but if it does so (at lower rates), it will be forgiven its current debts. Terms of the agreement were laid in detail to union members in a 45-minute video released by Teamster leaders.

In several decisions this spring, Judge Drain assisted Hostess in forcing the contract down the throats of Teamster workers. He supported company claims that only dramatic cuts in labor costs could avert the total dissolution of Hostess. He had ruled against BTCGM on the contract issue earlier on May 4, and his continued admonitions to the unions to negotiate with Hostess were correctly interpreted as threats to destroy existing contracts.

Last week he extended his decision against BTCGM to force concession on five other unions that represent smaller groups of  workers at Hostess:  Machinits; Glass, Molders, Pottery, Plastics & Allied Workers; Firemen & Oilers (a unit of the Service Employees International Union); International Union of Operating Engineers; and Brotherhood of Carpenters and Joiners.

As of this week Hostess managers had not yet implemented the new Teamster contract--or any of the forced cuts authorized by Judge Drain at BCTGM and elsewhere. Implementation is expected within the next 45 days, one Teamster official told Working In These Times, when the company intends to enact cuts at all the unions at the same time. Cuts for non-union workers are also to take place then, he said.

According to Hostess CEO Gregory Rayburn, the possibility of a BCTGM strike is now plainly on the table.

In a public letter to employees on October 4, Rayburn noted that Judge Drain had no authority to prevent a strike by BCTGM members. Rayburn nevertheless included a partial statement from the judge that seemed to urge BCTGM members to accept the company’s new terms in hopes of saving the company.

By relying on the remarks of Judge Drain, Rayburn implicitly conceded a charge made by BCTGM's Hurt--that the Hostess CEO's own credibility among the workers and union leaders has been shredded just as completely as the old collective bargaining agreements.