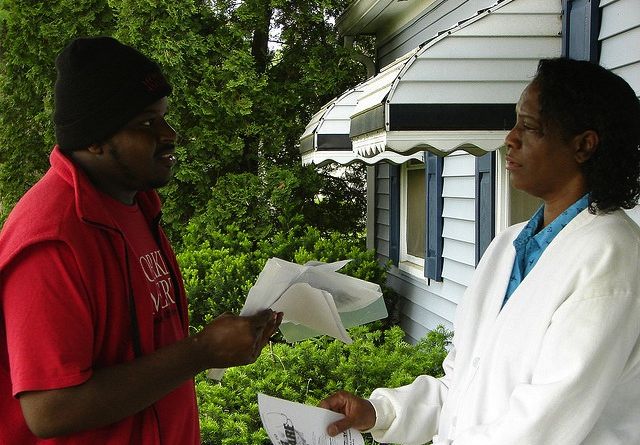 Victory has many fathers, the saying goes, and in close elections, that is especially true. But if Barack Obama's re-election victory had many parents, the labor movement arguably played a key role.

According to polling conducted by Peter Hart Research for the AFL-CIO, union members provided a critical margin of victory for Obama. Mitt Romney actually won among non-union voters by 4 percentage points, but Obama won union voters by 32 percent (65 to 33 percent), sealing the president's victory.

Union voters tipped the election even though their clout was lessened by the downturn in the union share of the workforce: According to exit polls, the percentage of voters coming from union households declined from 21 percent to 18 percent since 2008.

Similar divergences between union and non-union preferences show up with other categories of voters. Women overall voted strongly for Obama, but Hart found that women who were white and non-college-educated—a pollster proxy for "white working class"—voted for Romney if they were not union members (by a margin of 29 percent). But if they were union members they voted by a similarly lopsided share (a margin of 25 percent) for Obama.

Romney did better with older voters overall, but union members over 65 favored Obama by 28 percentage points, while non-union voters in the same age group favored Romney by 17 percentage points. And while non-union voters making $50,000 to $100,000 a year favored Romney by 8 points, union members earning the same amount broke for Obama by a margin of 33 percent.

As Obama won the popular vote by 51 percent to 48 percent, he won more convincingly in the electoral college—332 to 206—because of strong performance in the swing states, especially the industrial—and more highly unionized—Midwest states that his senior advisor, David Axelrod, called the "bulwark" of the campaign.

In Ohio, the most hard-fought battleground state and one with above-average union membership, Obama won union voters by 70 to 29 percent. This is likely in large part thanks to labor's educating and mobilizing its own members.

Overall, AFSCME president Lee Saunders, head of the AFL-CIO political committee, called labor's political work this year "the smartest, the biggest, and the broadest effort labor's ever run." That was especially true in Ohio, where--AFL-CIO political director Michael Podhorzer wrote--"we engaged with OH union members like never before--half of the members received a live telephone call from a volunteer, and nearly half were contacted at work. "

But labor's contribution to the Obama campaign in Ohio and elsewhere went beyond that. As a result of changes in election laws after the Supreme Court's Citizens United decision, unions could use money from dues—as well as member political contributions—to reach out to non-union working class voters. Podhorzer estimated organized labor reached 1 million voters as a result of expanding traditional calling and door-knocking.

More important, Working America—the federation's community affiliate—contacted its 3 million members, who are not members of unions and tend to be politically moderate. These members are concentrated in battleground states, such as Ohio, where they account for 1 in 10 voters and where they voted 62 to 35 percent for Obama.

Besides the organizational effort of unions and Working America, actions by both the administration and the labor movement helped put Ohio behind Obama. The president was credited with financing the salvation and revival of the auto industry, while the unions defeated the governor's anti-union legislation (SB 5) in a referendum last year. AFSCME, the public employee union, reported that "internal polling conducted prior to the election showed that AFSCME members' enthusiasm in fighting anti-union attacks spilled over into the Presidential election in Wisconsin and Ohio."  And Hart's polls for the AFL-CIO found that 48 percent of non-college educated white voters said they were less likely to vote for Romney because of his support for SB 5 (34 percent said there was no effect, or they were unsure; 18 percent said they would be more likely to support Romney). White college graduates were almost as moved, with 43 percent less likely to support Romney as a result of his backing SB 5, and 23 percent more likely to vote for him.

The labor movement generally fared well in the voting, which yielded wins on several important referendums and election of several significant progressive, pro-labor members of the House and Senate, both new—such as Tammy Baldwin of Wisconsin and Elizabeth Warren of Massachusetts—and returning, such as Sen. Sherwood Brown of Ohio and Bernie Sanders of Vermont.

Much of the credit for the president's victory clearly goes to voting blocs that broke dramatically for him, especially growing ones: Latinos and Asians in particular played a critical role. But unions played a major role mobilizing Latino voters regardless of whether they were union members. The Service Employees International Union poured money and volunteers into efforts ranging from registering and turning out Latino voters to paying for TV and radio ads, many in Spanish, targeting Latinos.

In recognition of Latinos' growing demographic and political clout, both Democrats and Republicans have made post-election promises of immigration reform. Yet despite labor's substantial role, few pundits or campaign operatives have acknowledged its electoral contribution, and no promises to labor have been made. Ignoring that role leads Democratic officials to downplay the importance for their party of strengthening the labor movement. It's a vicious cycle with damaging repercussions for both labor and the party—and for the country as a whole.