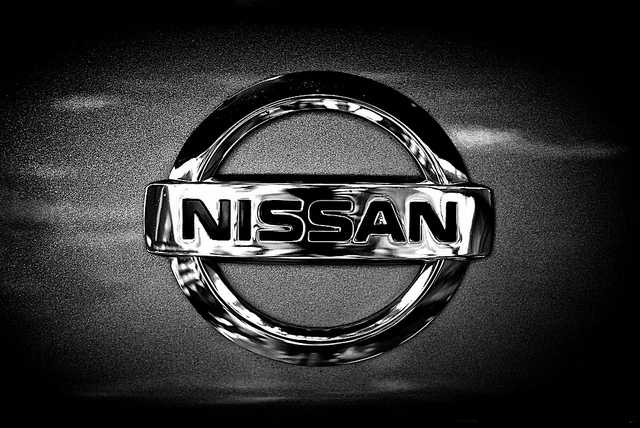 Despite working with unions across the world, Nissan is fighting the attempt to organize a union at its Canton, Miss., plant.   ( jenciso, Flickr, Creative Commons)

Seizing advantage of a widespread complacency about the suppression of labor rights in the United States, employers have conducted a scorched-earth war against American labor since the 1950s, driving down private-sector unionization to a mere one-fifth of its peak level of 35%. This war essentially spread from its base in the former slave states of the South, where elites maintained tight control over workers through anti-labor "right-to-work" laws that helped to foster a national race to the bottom on wages and to suppress unionization.

But in an innovative appeal, the United Auto Workers (UAW) is boldly asserting that union rights are crucial human rights, driving home this point in a battle to organize as many as 4,500 workers at Nissan’s expanding auto plant in Canton, Mississippi.

The battle is taking place is in one of the most fervent bastions of anti-unionism. Mississippi has enshrined the anti-labor "right to work" concept with a provision in its constitution, a step led by arch-segregationist Governor Ross Barnett in 1960. With "right-to-work" laws enabling individual employees to forgo paying union dues—even though he or she benefits from the costs of representation and fights for improved wages, benefits and conditions—only 4.3% of Mississippi workers belonged to unions in 2012 (with the total protected by union contracts a bit higher, at 5.7%).

For its part, Nissan is running the standard high-pressure management campaigns that are unique to the United States among advanced democracies. The tactics include subjecting workers to interrogations about their sympathies, forcing them to attend one-on-one meeting with their supervisors where immense pressure can be applied, and hinting that a pro-union vote could lead to the plant closing.

Meanwhile, workers are chafing over stagnating wages, the emergence of a large, low-paid segment of contract workers, assembly-line "speedups," sharply rising healthcare costs, and the absence of any worker voice in decisions at the Canton plant.

The plant, which is expanding from 3,300 to 4,500 workers, was built with $373.8 million in taxpayer funding from the country's poorest citizens—Mississippi ranks dead last in per-capita income—and a 30-year exemption from local taxes in Canton.

The South is supposedly rocky soil in which to plant the seed of unionism and social justice, especially when the pay is relatively high, topping off at $24 an hour at Nissan. But by emphasizing that union rights are human rights, the UAW has established strong roots among the workforce at Canton, about 80% of who are African-American. The union, realizing it must organize surrounding communities as well as the workplace, has built support among community leaders and church leaders around the state.

The struggle for union recognition has become fused with the fight for recognition of workers as full human beings at the Canton plant. Nissan’s efforts to scare workers away from unionization have been all-too reminiscent of the era when African-Americans were controlled through fear and deemed unworthy of the rights afforded to others. The Canton plant is only 26 miles from Jackson, Miss., where state NAACP leader Medgar Evers was assassinated in 1964. Nearby Philadelphia, Miss., is where the bodies of three young civil rights workers—James Chaney, Andrew Goodman, Mickey Schwerner—were discovered in the summer of 1964, after they had been captured, tortured, and killed by the Ku Klux Klan with the collaboration of local law enforcement.

Union supporters find it degrading that Nissan has been unwilling to accept a union in Mississippi when it has worked with unions across the world, from its home in Japan to a union representing primarily black workers in South Africa. Mississippi NAACP President Derrick Johnson, in an interview on MSNBC's "The Ed Show," asked:

If workers in Brazil can organize, who work for Nissan, if workers in Japan who are Nissan workers -- if workers in South Africa at their Nissan plant are organized and able to collectively bargain, why shouldn't Mississippi workers be able to organize?

I think it's unfair and unfathomable that a company from outside of the United States come to Mississippi and treat workers as un-American. It is unfortunate that we can sit here today in the state that has a long history of exploiting workers for cheap labor to allow an international company to exploit our workers.

In a phone interview, Johnson told Working In These Times, "We absolutely see the exploitation of cheap labor as the foundation of many of our industries. As slavery was exploitation based on free labor, we see a hand-in-glove connection between civil rights and labor rights. ... Those of us in the civil rights movement must support the right of workers to organize and collectively bargain."

The environment of fear cultivated by Nissan should offend all Americans who value human rights and the right to choose freely, he stated. “We in the NAACP believe that workers should have a voice in the workplace free of intimidation and retaliation. But we’ve got workers who feel intimidated if they support organized labor. The company has been very sophisticated in alluding to the possibility of the plant closing.”

Many African-Americans and white progressives retain the vivid memory of Martin Luther King Jr. merging civil rights with labor issues. On March 18, 1968, just days before his assassination on April 4 while in Memphis supporting striking sanitation workers, King gave a speech outlining the interrelationship between the parallel struggles for rights:

All labor has worth. … Don’t despair. Nothing worthwhile is gained without sacrifice. The thing for you to do is stay together. … Let it be known everywhere that along with wages and all of the other securities that you are struggling for, you’re also struggling for the right to be organized and be recognized.

That spirit—for the right to full recognition of one's humanity and for the right of free association—is animating the fight for unionization at Nissan in Mississippi.

Full Disclosure: UAW is a sponsor of In These Times.