How Soon Will West, Texas Be Forgotten? 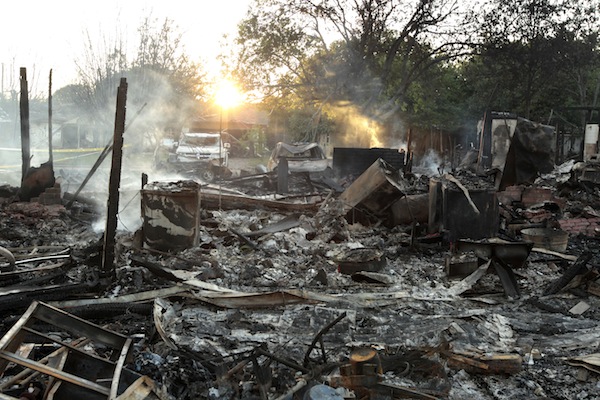 On Friday, as cable news networks sought desperately to fill airtime while waiting for the latest news in the aftermath of the Boston bombings, a friend asked me, “How come there’s no manhunt for the owner of the Texas factory, which did far more damage than the Boston bombers?” He was right to wonder.

The explosion of the West Fertilizer Company plant on April 17 in West, Texas, killed 14 people, injured more than 160 and destroyed dozens of buildings. Yet unlike its fellow tragedy in Boston, the Texas plant explosion began to vanish from cable TV less than 36 hours after it occurred. Marquee correspondents like Anderson Cooper were pulled out of West and sent back to Boston, and little airtime was spared for updates from Texas, even as many nearby residents remained unaccounted for. The networks seemed to decide covering two big stories was covering one too many, as if we journalists can’t chew gum and walk at the same time. The media’s neglect has greatly increased the danger that the explosion will quickly be forgotten, to the detriment of U.S. workers.