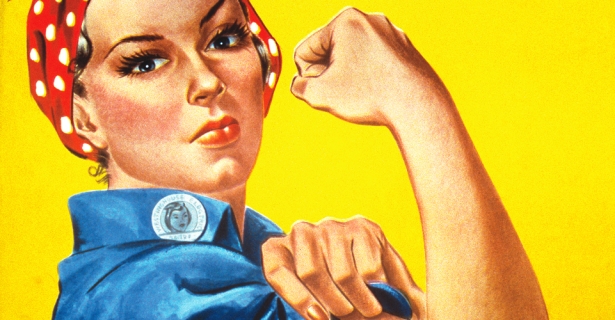 The long hours Americans put in at work aren't just stressing us out, according to a new study by Dr. Youngjoo Cha of Indiana University—they're also helping keep our workplaces gender-segregated.

The study, “Overwork and the Persistence of Gender Segregation in Occupations,” published in the journal Gender & Society, found that “[T]he norm of overwork in male-dominated workplaces and the gender beliefs operating in the family combine to reinforce gender segregation of the labor market.”

Examining data from the Survey of Income and Program Participation (SIPP), a national household survey carried out by the U.S. Census Bureau/National Bureau of Economic Research, Cha found that 6.8 percent of the mothers surveyed who worked 50 hours a week or more in male-dominated fields ended up exiting those jobs within four months, compared to 4.3 percent of women without children. (The percentage of men leaving those professions was just slightly over 2 percent, whether they had children or not.) Having children, the report notes, increases the odds of a woman leaving a male-dominated field where she is expected to work 50 hours or more by 52 percent.

Cha explains to Working in These Times that women who have care-giving responsibilities at home are less likely to be able to work all day long, and care work is still seen as a woman’s job—in her paper, Cha cites a 2012 study that found that even women who make more money than their spouses spend 30 percent more time with their children. Yet male-dominated occupations—which still, Cha notes, pay more than female-dominated ones—demand long hours of workers. Fields like law or medicine expect total commitment, and even skilled blue-collar jobs tend to require longer work hours and lots of overtime. The expectation that workers will be able to stay on the job longer, combined with the expectation that women will do most of the care-giving, leads to more women leaving those male-dominated fields, either exiting the labor force entirely or finding a job that doesn't have the same kinds of demands.

In fields dominated by men, Cha notes, women are less likely to have social support in the workplace. “Basically, women's experiences are not reflected in workplace policy, workplace practices and norms. This makes it more difficult to combine family responsibilities and at the same time meet workplace expectations,” she says.

As Kathi Weeks, a professor of women’s studies at Duke, points out in her article “‘Hours for What We Will’: Work, Family, and the Movement for Shorter Hours” in Feminist Studies, “Work time, including ‘full-time,’ ‘part-time,’ and ‘overtime,’ is a gendered construct, established and maintained through recourse to a heteronormative family ideal centered around a traditional gender division of labor.” Part-time jobs rose up as a way for women to make a little extra cash but presumed that they had a husband to provide the family-sustaining income—and for whom they needed to be home to make dinner.

Overtime, on the other hand, presumes that a worker has no other responsibilities. If one person in a family regularly works not just full-time, but 50 or 60 hours a week, that leaves the other partner picking up the slack around the house. Both norms are built around a model that assumed a heterosexual family in which a man worked full-time (or more) at a job, often a factory or professional job, and a woman, if she worked at all, would tailor her work schedule around her household responsibilities, particularly children.

In order to fully integrate workplaces, research has found that some 40 percent or more of men or women would need to change occupations. But the demand for longer hours has increased for both men and women. A 2004 study found that, between 1979 and 2000, the proportion of those who work 50 hours or more per week increased from 5 to 11 percent for women and from 21 to 27 percent for men. “Work hours become almost a proxy to measure one's commitment and professional competence,” Cha says. Even with too-high unemployment and too-low consumer demand still keeping the economy stagnant, the pressure remains on workers who do have jobs to work longer and harder.

Cha’s work and that of other researchers suggests that people are feeling the crunch. As the proportion of couples needing two incomes to get by has grown over the past few decades, a greater number of people are facing work-family conflict. “They're feeling overworked, they're stressed out, they would like to lower their work hours,” Cha says. And meanwhile, the proportion of workers who would like to work full-time but can't get enough hours has also gone up, contributing to the polarization of work hours that, she says, characterizes today's labor market.

Yet this research suggests that when families make decisions about how much time to spend at work and who will take responsibility for children, gender norms play a bigger role even than income. Cha explains that in a prior study, she found that women with husbands who worked long hours were more likely to leave the labor force, but the same didn’t hold true for men whose wives worked long hours. In her new paper, even when she controlled for the income of the spouse to see whether women who left male-dominated occupations did so because their spouse was the higher earner, her findings didn't change much—whether the higher earner was male or female, the woman was more likely to leave her job. Who gets to stay at work and who gets to go home, she notes, are decisions that tend to follow gender norms.

Solving this problem won't happen on an individual level, Cha points out, since individuals are likely to be influenced by existing gender norms. Instead, it’ll take policy changes to really change the structural inequality in the workplace and in unpaid care work. She suggests regulating work hours, setting maximum allowable hours to mitigate the culture of overwork that is so prevalent in the United States. A law that prohibits compulsory overtime work (even with overtime pay) could also have an effect on working time, and an expansion of overtime pay provisions might also help.

Cha also suggests making the jobs on the other end of the spectrum, part-time jobs, which remain female-dominated, into better jobs by requiring that they provide benefits. This could help reduce the stigma attached to part-time work and would ensure that workers who take on care-giving roles at home don't have to lose benefits.

As I wrote in this month's Jacobin magazine, the labor movement over a hundred years ago took up the cause of shorter hours as an issue that could unite all workers—men and women, black and white, immigrant and native-born. The eight-hour-day movement appealed especially to women back then; Cha's research seems to suggest that a revived shorter-hours movement like the one Kathi Weeks has called for would disproportionately benefit women in the present day, too.

“The solution,” says Cha, “should be to make the workplace more realistic so that workers can work in a healthier and happier environment, rather than try to meet the assumption that used to be there from the 1950s.”