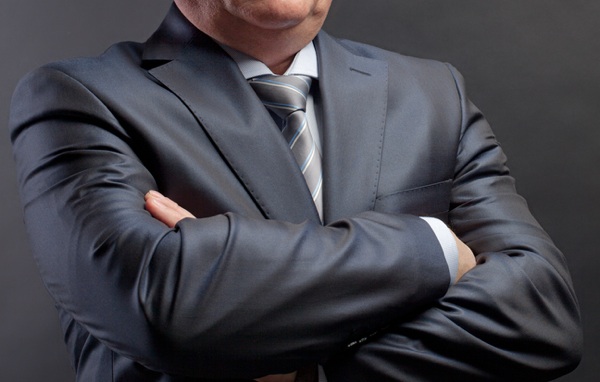 Where does the corporate bottom line end and the public interest begin? Through the voodoo economics of federal contracting, Washington's "partnerships" with private corporations have drained the public trust straight into the pockets of top corporate executives.

The progressive think tank Demos calculates in a new research report that private contractors have funneled up to $24 billion in federal funds into executive salaries. Yet, according to the analysis, the same system of contracted firms—from defense manufacturers to concession stands at national tourist sites—also employs hundreds of thousands of poverty-wage workers at the bottom.

Federal contractors are currently subject to a very loose limit on the amount of an executive's salary that can come directly from federal subsidies: about $763,000. Extrapolating from survey data on the top contractor executive salaries fromthe Government Accountability Office, Demos estimates the aggregate share of public money that is ultimately funneled into executive pay at $23.9 billion.

Besides taxpayers, those who stand to lose most from these skewed CEO pay schemes may be the low-wage laborers carrying out the actual work of the contract projects, such as repairing a school or building a bridge. These are the workers featured in another recent Demos analysis of contractors, showing that “an estimated 560,000 Americans employed by federal contractors were paid $12 an hour or less.”

Demos points out that the government could save taxpayers a hefty sum by simply shrinking the CEO portion of contractor payments. For example, by capping it at the level of the U.S. vice presidential salary, taxpayers could save “$6.97 to $7.65 billion.” Theoretically, under a more equitable pay distribution, that sum would be enough to significantly lift the lowest tier of worker wages:

If taxpayer-funded payouts for these executives were capped at $230,700—the salary of the U.S. Vice President—the pay of hundreds of thousands of low-wage federal contract workers could be raised by as much as $6.69 per hour or $13,902 per year for a full-time worker, without costing taxpayers an additional dime.

Demos notes that these are "conservative estimates" based on extrapolated data. Researchers based the analysis on a representative sample of defense contractors evaluated by the Government Accountability Office, with some adjustments for civilian contractors. The takeaway is that while legions of workers struggle to survive on the wages paid through federal contracts, the same grants are fattening the wallets of some of the wealthiest executives in the country.

Demos analyst Amy Traub tells In These Times that as the country’s chief executive, Obama can take immediate steps to tighten the CEO payout cap without having to battle congressional conservatives who disdain any government intervention to mitigate income inequality:

Demos contends that curbing subsidies to CEOs would complement grassroots efforts to raise the base wage for the poorest contract workers. Worker-led protests have in recent weeks spearheaded a national campaign calling attention to the subsidization of bad jobs on the federal dime and demanding fair pay for rank-and-file contractors.

The populist idea of capping CEO pay gained currency in the wake of the 2007 financial crisis. Earlier this year, Obama proposed curtailing executive salaries for federal defense contractors at $400,000 amid criticisms of bloat in the outsized defense budget.

But overall, despite abysmal income inequality across the country, the idea of limiting the salaries of corporate behemoths remains political anathema. For example, in implementing the reforms of the 2010 Dodd-Frank financial regulation legislation, the Securities and Exchange Commission has faced stark resistance on Wall Street against a basic mandate for audited companies to merely report on--not limit--the gap between executive salaries and the median pay of rank-and-file workers.

Last year, on average, the top CEOs “earned” more than 350 times the wages of rank-and-file, non-supervisory workers, according to the AFL-CIO’s yearly corporate pay analysis.

Demos notes that while federal contracting rules mandate a cap on the share of public funds going to CEO pay, they do not cap CEO salaries per se. So nothing prevents a contractor from privately paying executives whatever it wants. The only limit is how much of that is funded by Uncle Sam.

A lower cap on the federal support for CEOs could parallel the effect of other public interest mandates built into government contracts, such as mandates to pay construction workers a living wage. Although limiting taxpayer payments to top executives won’t solve income inequality in corporate America, it might at least send a message about incorporating principles of social equity into the federal contracting system.

Still, other reforms are needed to really clean up the federal contracting system. Demos and other reform advocates recommend that contracting in general should be minimized “when work can be done more efficiently and effectively by government employees than private companies.” In addition, the group calls on the White House to enact reforms to avoid “contracts with companies that regularly violate wage and hour laws, workplace health and safety regulations, or other employment protections.”

But limiting federal payments to executives would help draw a line between using private firms to advance public interest projects and propping up corporate bloat with government money. As long as corporations are enlisted to work for Washington, taxpayer-funded federal contracts should reflect the values of a democratic social contract.